Although photography is an art form; art is only the thought and effect expressed by the results eventually the ultimate thing which presents your creativity. In the process of creating images, we inevitably have to touch technology and with the help of that, we are able to control the final artistic expression more easily.

The biggest feature of the technology is that everything can be represented by the most intuitive figures. Whether in the process of shooting digital images or in the post-processing of images and for this eventually, we access the histograms. We don’t need to understand how the histogram works. Just know how to read the histogram and how to use the histogram to control the shot and tune the image you are taking.

A standard histogram can be divided into five areas, from left to right in the histogram, from the darkest part to the brightest part of the picture, divided into the black level, shadow, midtones, highlight, whites.

If the peaks in the histogram are concentrated on the left side, the overall color of the photo is darker and belongs to a dark tone photo, like the one below:

If the peaks are concentrated on the right side of the histogram, then the overall color of the photo is bright and belongs to a high-profile photo, like the one below:

If the peak is in the middle of the histogram, it means that the photo is a mid-tone photo with a moderate overall tone that is neither too bright nor too dark:

Knowing the meaning of the expressions in each area of the histogram, how can we help us understand the photos?

First, it helps us determine if there is an underexposure or overexposure in a photo.

The left and right ends of the histogram are extreme, that is, on the leftmost line, it is a pure black area of 0,0,0, and on the far right line, it is a pure white area of 255,255,255. If the pixels in the photo stay in these two areas, it means that there is a lot of dead white or dead black in the photo. These areas have no details. We should consider whether we need to increase or decrease the exposure when shooting. The exposure of these areas moves, details appear, or multiple different photos are taken and post-processed.

In addition, reading the histogram helps us determine the hue of the image.

Like the photo below, although the blue channel is mostly in the dark tone, in terms of the overall color tone, the pixels in the histogram are distributed almost evenly in the respective brightness regions, so the hue in the corresponding picture is relatively rich. 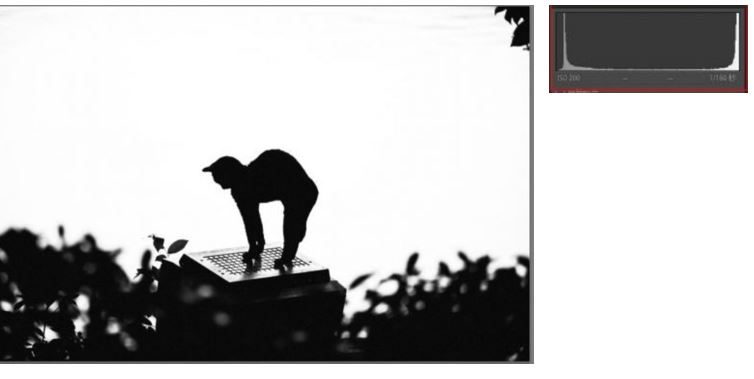 However, it should be noted that the histogram is always an objective data for the photo itself. It does not reflect the subjective feelings brought by the photo, and each photo is different, so there must be different pixel distribution. It is good that we can’t ask the histogram to achieve what it is. It is most important to read the histogram and control the exposure according to your understanding of the picture.

How to use Remote Desktop MSTSC command

How to blur part of a picture or text in PowerPoint

What we can expect from the upcoming GoPro Hero 10 Black

7 Best and Affordable Digital Cameras of 2020

What is Pill Camera Technology in the size of a capsule?

Why laptop cameras are not as good as smartphone cameras?