VeraCrypt is open-source software and forked of TrueCrypt that meant to provide encryption to your data and drive on Ubuntu, Debian, Windows, macOS, CentOS, OpenSuse and other similar platforms. It can be used to create encrypted containers as well as encrypted hard drives, SSDs, USB sticks and SD cards. The operation of VeraCrypt is similar to that of TrueCrypt. Furthermore, the Veracrypt Portable a portable version is also available for Windows.

Using the VeryCrypt, we can encrypt not only the whole drive or partition but also some particular folder or entire system. Furthermore, we can create a hidden VeraCrypt partition to protect highly sensitive data with encryption and secure password.

It offers multiple encryption algorithms along with well-known AES 256-bit encryption. The VeryCrypt makers name the special strength of their hash algorithms using RIPEMD160, SHA-2 and Whirlpool, which have significantly more iterations. However, one downside of encrypting a large amount of data partition is it takes time to create and mount initially. However, speed is not affected.

Also, once you have encrypted the drive or folder it cannot be accessed through normal file explorer of the system unless and until mounted using the program and then assigning a drive letter.

What is VeraCrypt PIM?

PIM stands for “Personal Iterations Multiplier”. It is a parameter that was introduced in VeraCrypt 1.12 and whose value controls the number of iterations used by the header key derivation function. This value can be specified through the password dialogue or in the command line.

If no PIM value is specified, VeraCrypt will use the default number of iterations used in versions prior to 1.12.

The below-given steps can also be used on other Ubuntu or Debian based operating systems such as Kali Linux, Linux Mint, Elementary OS, MX Linux and more to install Veracrypt. Here we are using Ubuntu 18.04, however, the command will be the same for Ubuntu 19.10, 17.04, 16,04…

It is cross-platform which is not only available for Debian & Ubuntu but also for Windows, CentOS including macOS as aforementioned, thus as per your system version download the available Debian package from its official website. For example, here we are using Ubuntu 18.04, thus we will download the package available for it. Note: If you want to use the GUI version of the software the go for the GUI Veracrypt Debian package. 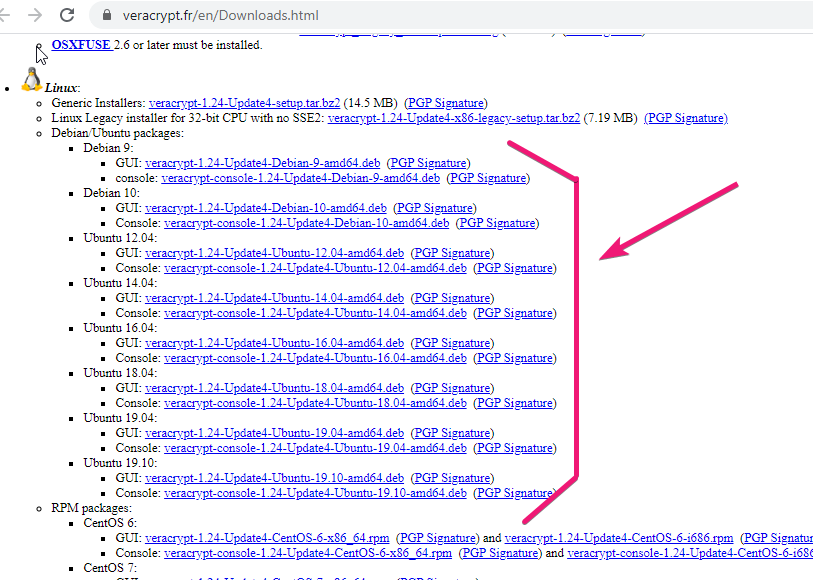 Just like Windows, we can also install software on Ubuntu with just one click using the Software centre. Go to the Downloads, as by default the file we get from a browser goes into it. There you will see the downloaded package of this encryption tool. Double click on it and select the Install button. 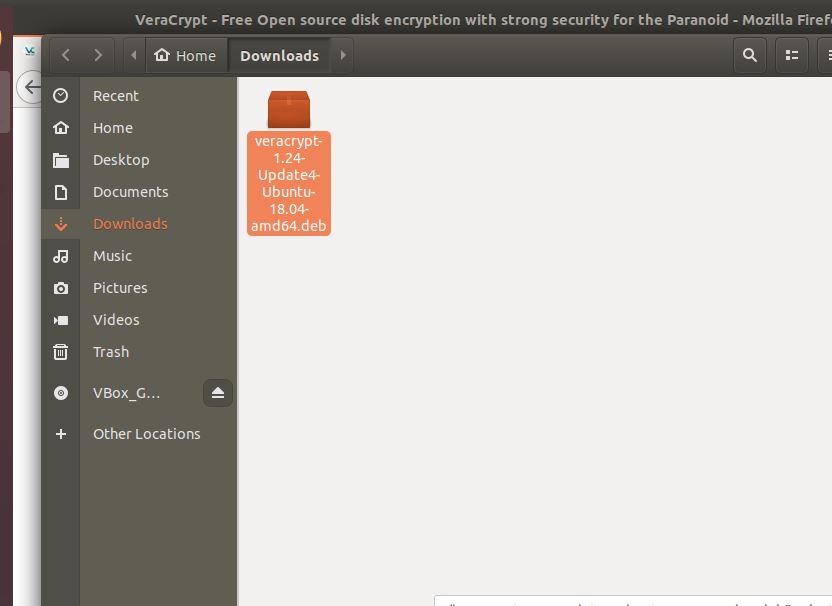 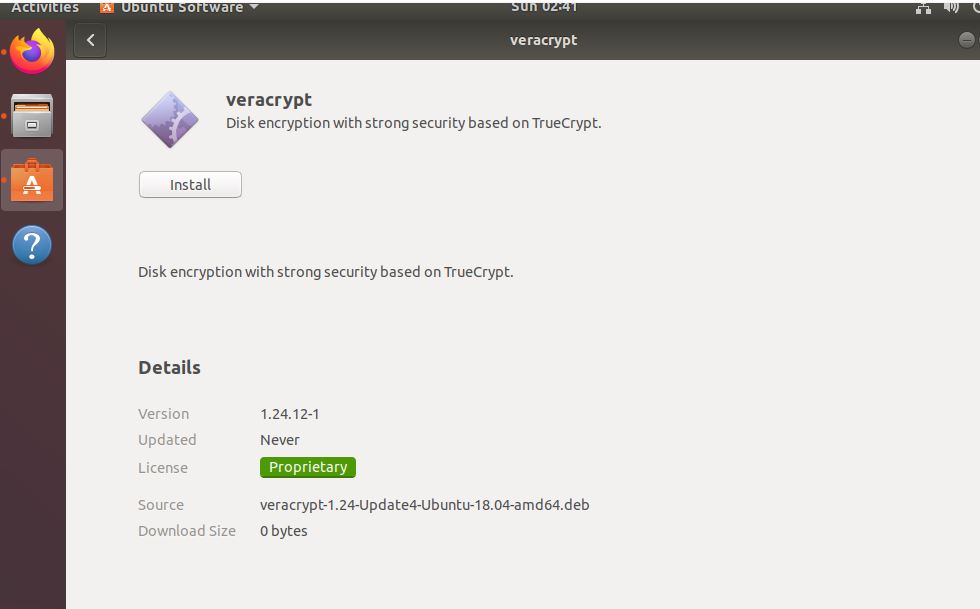 If you want to use the command line, then simply open the Command terminal and type:

To install the Debian package the command will be:

Note: Replace the filename the one which is showing in your terminal.

In our case it was like appearing the below screenshot thus the command will be: 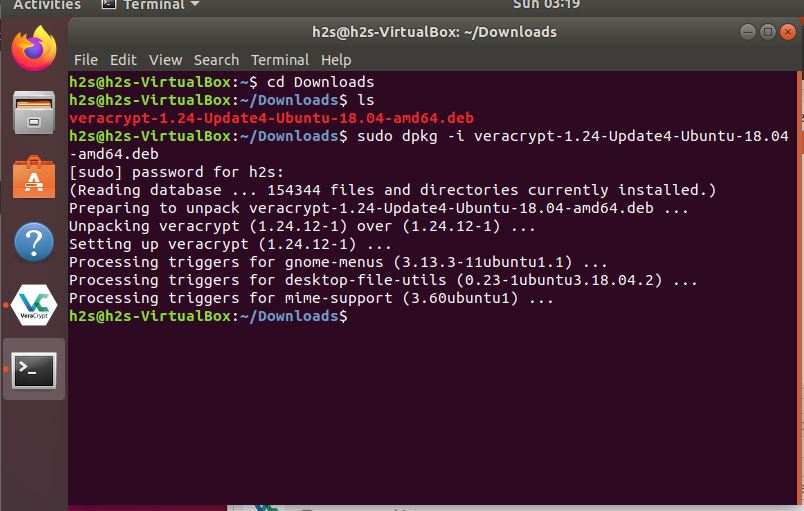 After installing it, go to Ubuntu or your Linux applications menu and search for Veracypt, as it appears, click on its icon to run and launch it. 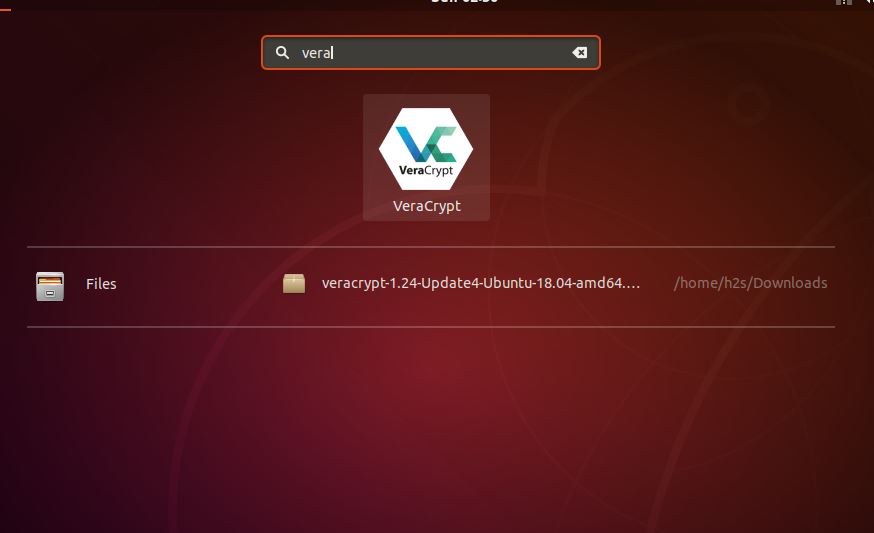 How to use it

Now, the Veracrypt will be in front of you. We can simply create an encrypted volume using the Create Volume button or select the particular file to encrypt. For more info on it see our article on Vercypt usage on Windows to get an idea of it because the usage of it will be similar for all OS. 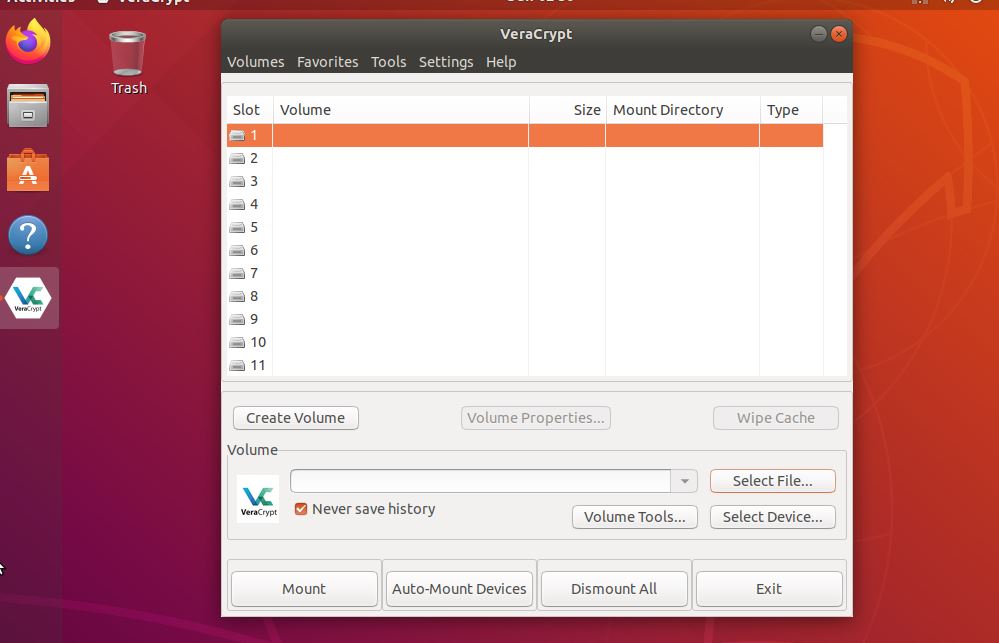 use VeraCrypt on Linux 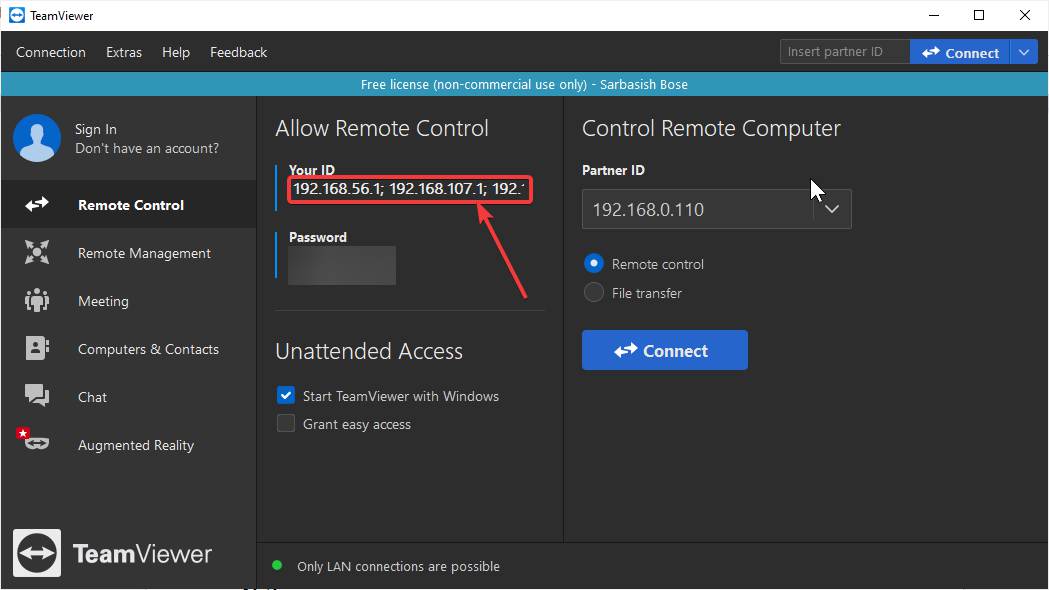 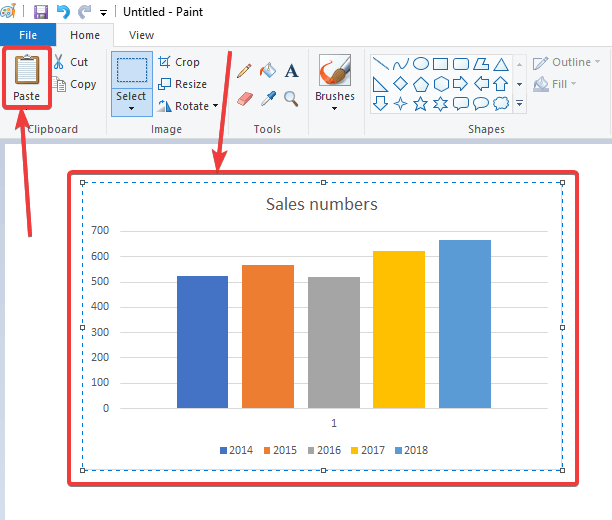