How to shutdown computer with keyboard in Windows 10, 8 & 7

Keyboard shortcut to shutdown windows 10, 8 or 7

The keyboard shortcut that one can use to Shutdown the Windows system is the Alt+F4.

When you press Alt+F4 together a box will appear with preselect shutdown option. Now you just need to hit the Enter button and boom, the system gets Shutdown. The shutdown box will also give you options like Switch User, Sign out, Hibernate, and restart which means this keyboard shortcut can also use to perform these tasks. By default the option which appeared there is the Shutdown, if you want to select some other you can use the keyboard arrow keys. 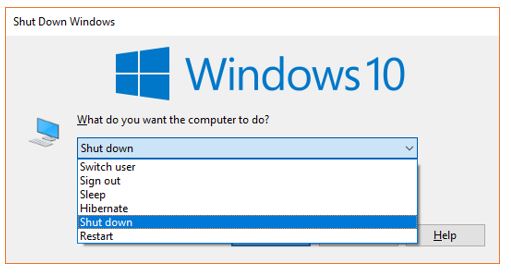 The second shortcut you can use the Ctrl+Alt Del which gives you options such as Log off, Switch user, sign out, Taskbar and Shutdown.

Another shortcut to shutdown or restart Windows 10 is using the WinX menu. For that just press, the Win + X and WinX will open. Now using the keyboard arrow keys go to Shut down or Signout and select  Sign out, Sleep, Hibernate, Restart or shutdown. 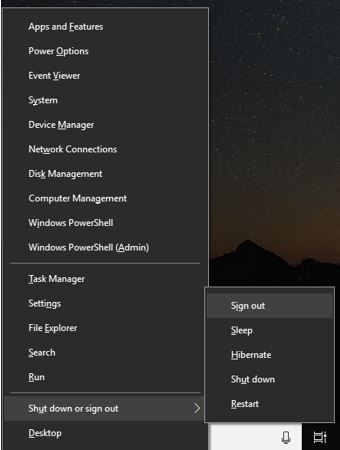 You can also use the Windows Command Run box to instantly shut down the system for that just press the Win + R and the type Shutdown -s and hit Enter button. If you want to restart the system the then type Shutdown -r. 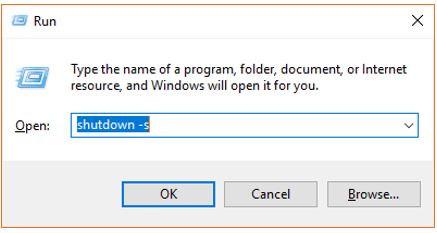 How to Shutdown computer with cmd

To Shutdown the Windows system using command line via keyboard without using the mouse, you need to follow the given steps:

Step 3: A lock screen with half image will pop up with an option to slide to shut down your PC.  Just use the mouse to slide and shut down the Windows 10 system. 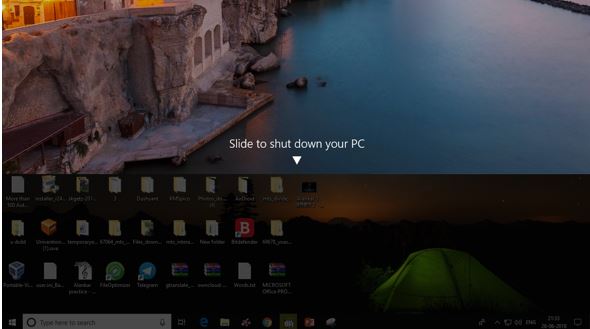 These are few shortcuts those can be used from the Keyboard to shut down the computer running on Windows operating system. If you have any doubt or confusion regarding commands or have any other problem; please let us know the comment box is all yours…

One of the most fundamental thing in...
Read more
How To

We all come across files that are a few...
Read more
How To

Akaunting software which is a free and open-source web-based...
Read more
How To