The 7Zip is open-source software available to compress and decompress files and folders into various formats. It can be easily installed on Windows 10 or later operating system because of the .exe file availability but when it comes to Linux like Ubuntu, Red Hat, or other versions, it is not that much simpler for newbies. On Linux, you have to use the command line with some particular commands to install the 7-ZIP.

But why we install the 7-zip, as I told you it is an open-source and free, and also one the best open source file archiving software with the highest rate of compression ratio better than WinRAR. The compressions formats it can support are GZIP, TAR, ZIP, 7z, XZ, BZIP2, and WIM formats.  According to the 7-zip official website, the compression ratio of 7Zip is 2-10% better than any other compression tool. It also supports the AES-256 encryption and self-extracting feature. Besides this 87 language support is also there. If you don’t want to install the command-line version of 7ZIP then go for the graphical user interface one. Here is the tutorial on that install p7Zip Desktop GUI on Ubuntu Linux using SNAP.

Here, today, in this tutorial we let you know how to install P7-zip on Ubuntu Linux via command line plus how to use the 7-zip on Ubuntu.

First of all, we confirm, whether the 7Zip compression tool is successfully installed on our Ubuntu system or not. For that just on the Command Terminal type:

If you get output something like shown in the below screenshot then it means 7Zip is successfully installed and ready to work on your Ubuntu or Debian operating system. 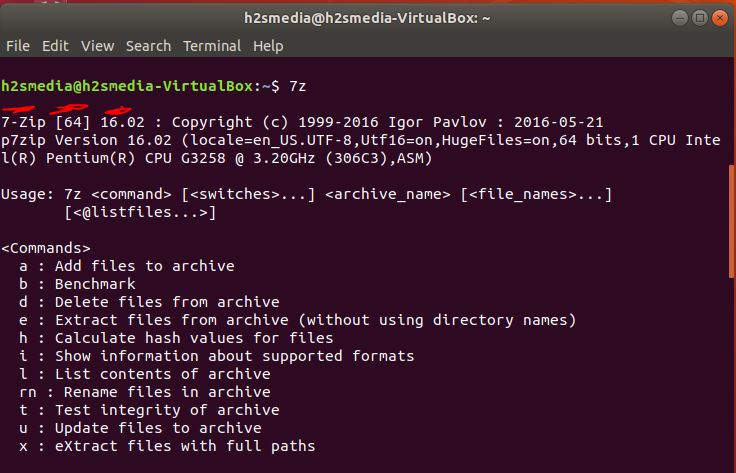 To use the 7Zip on Ubuntu to compress some files or folders we can use both the command-line interface and graphical user interface. First I let you know how to use the command line.

For example, I have a folder called eclipse-installer in my Downloads directory. So, I switched to that directory using the CD Downloads command.

So under the Downloads directory, I run the command ls -la which can show all available files and folders available under any directory. You can see that in the below-given screenshot.

Now, I got the folder that I want to compress. So, the command which we use to archive or compress folder is:

Replace the folder name with the name of the folder which you want to archive, just like we did. In the above command, the  ‘a’  stands for the archive. 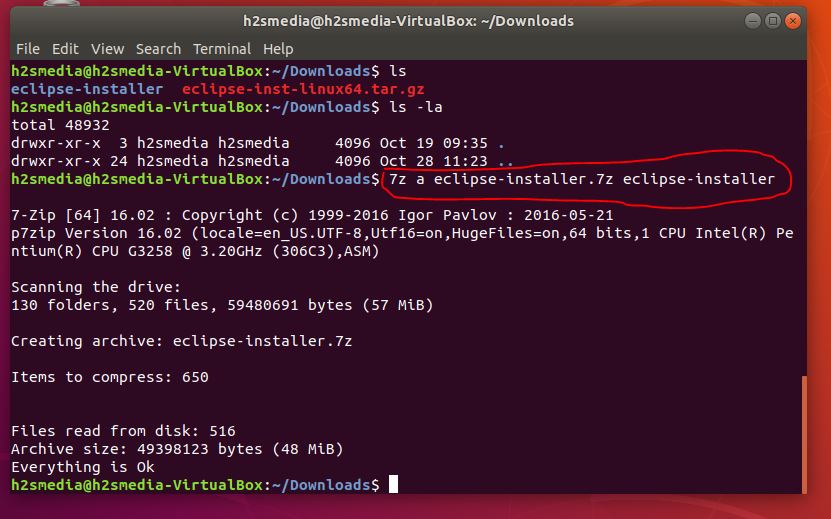 In the same way, if  you want to archive some file, let’s say pass.txt is the file and we want to compress it; then the command will be:

It is very simple you just need to mention the 7z a command along with the file name with .7z extension and the original filename that you want to compress.

After the compression of the file or folder, if want to check that 7z archived file information then run the below command along with the file name: 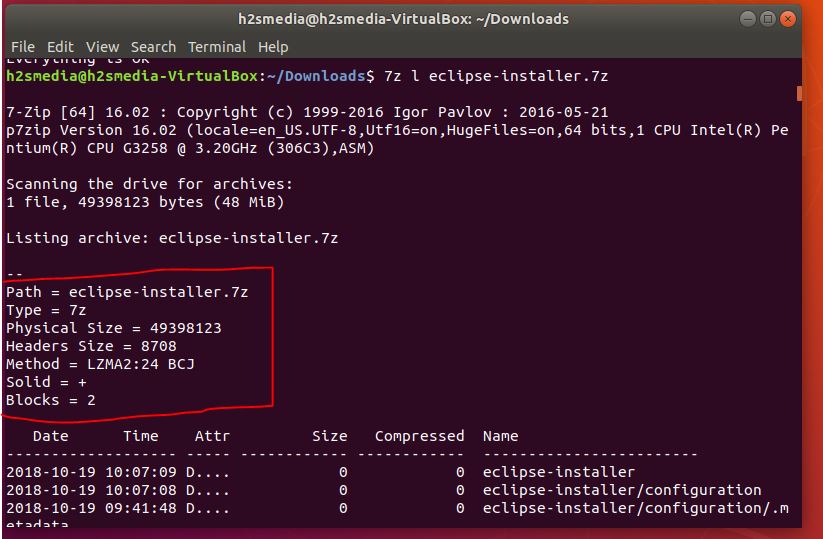 Now above, we have successfully compressed a folder and also told you the way to archive the file. Here, we will Decompress the same file.

For decompression or extraction of any compressed file, the command is very simple

So, if we want to extract the file which we compressed in this tutorial above then the command will be like this:

If you want to extract the file along with a full path or folder then use the x instead of e in the above command:

so, in our case it will be: 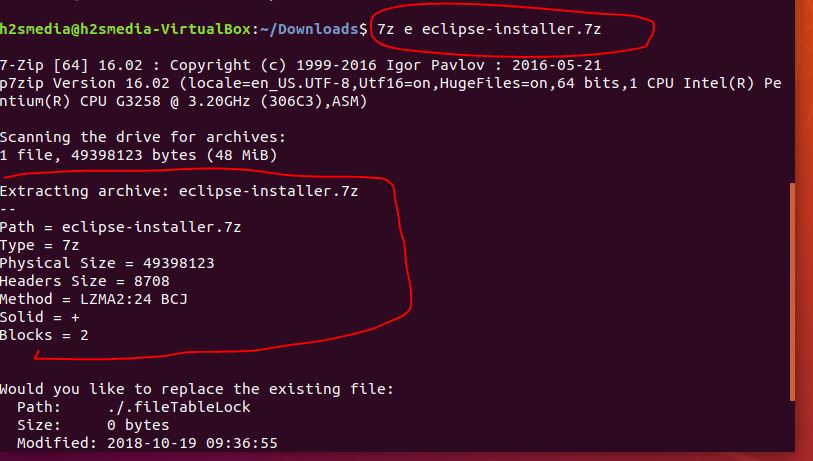 Yes, besides the command line interface the 7zip also supports the Graphical user interface on Ubuntu. In case, you are not using the minimal Ubuntu server with only a command-line interface then you can use this simple method of archiving the files and folders on Ubuntu or Debian using 7-Zip compression too.

1. Open the File Manager on your Ubuntu Linux machine and go to the folder or file you want to compress and right-click on it. And select the compress. 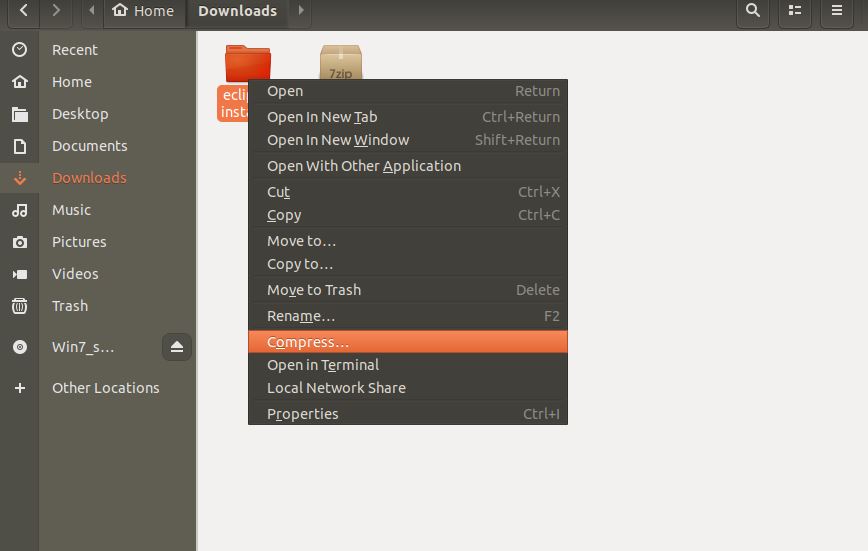 2. Select the .7z format and then click on the Create button. Besides the .7z you can also use the .Zip and .tat.xz compression formats to archive your file and folders. 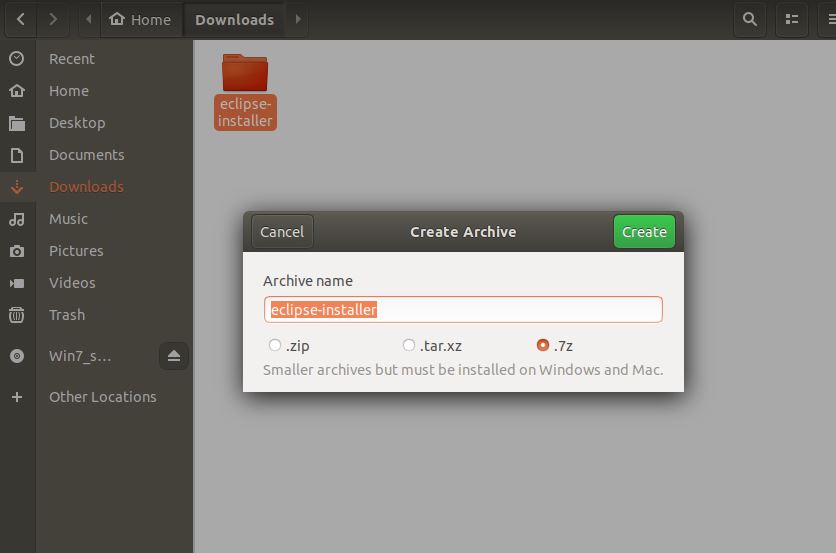 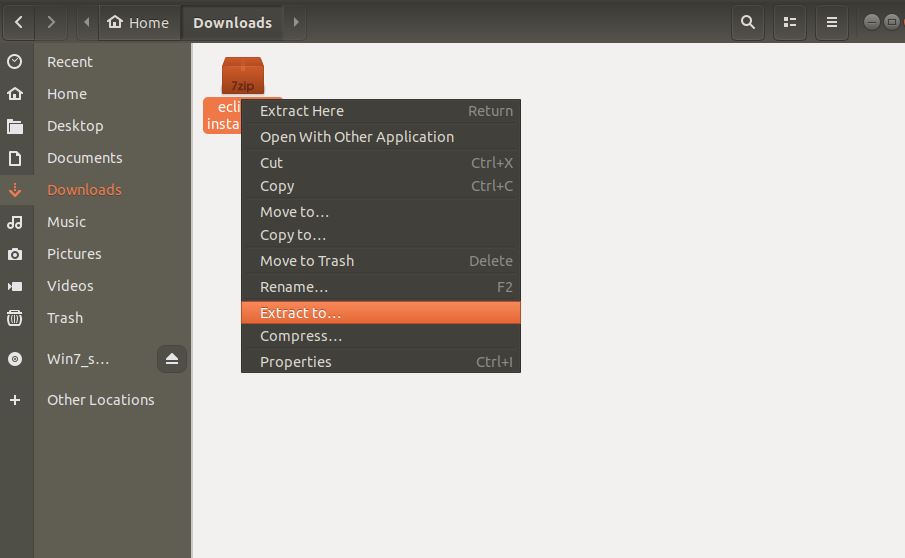 Select the Destination, if it is other than the location of the file where already it is, otherwise just click on the Select button, and the archived file of yours will automatically get extracted/uncompressed. 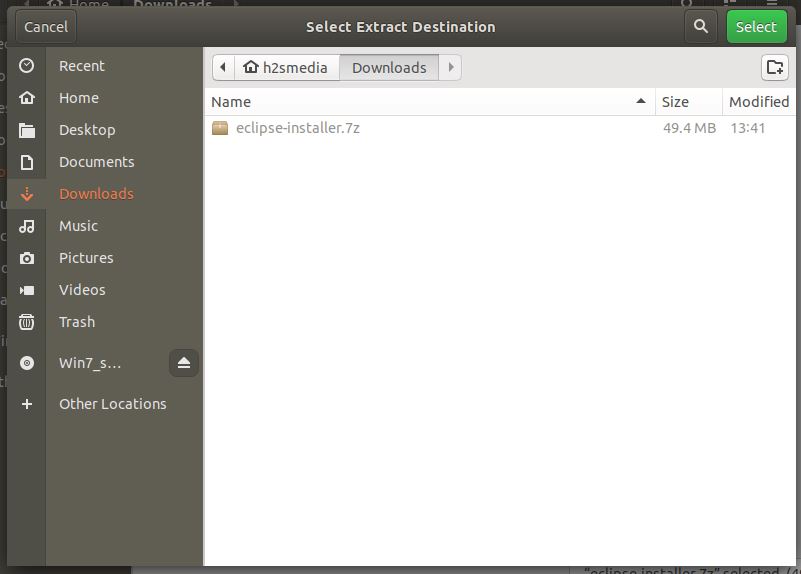 So, in this way you can install the P7Zip or 7-Zip on Ubuntu or Debian Linux to compress & extract the files/folder both by command line and graphical user interface (GUI).

If you faced any problem while performing this tutorial, let us know, the comment section all yours!! 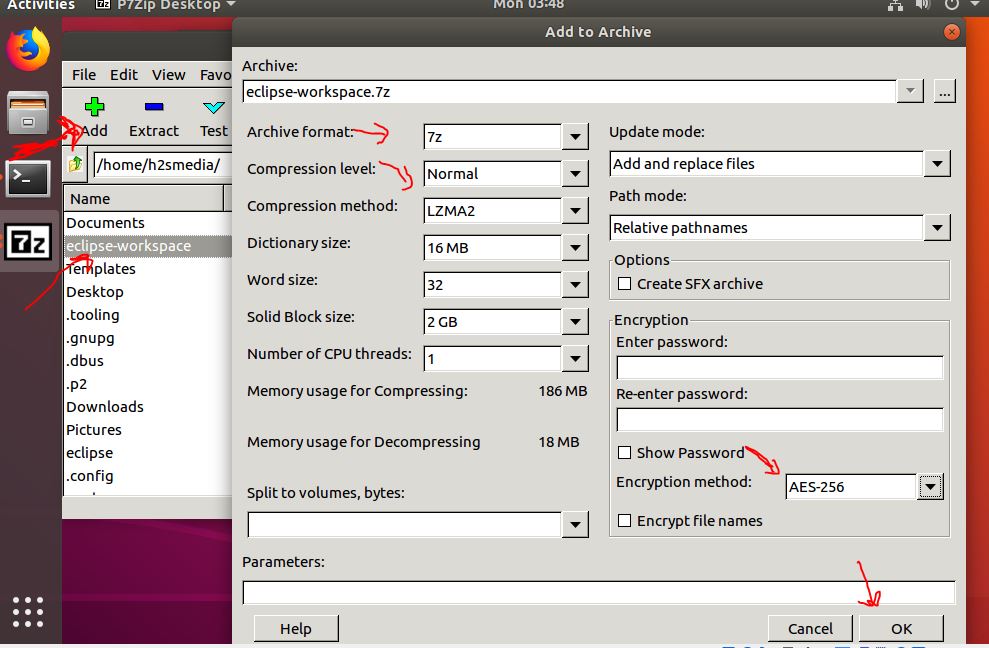