Do you know in the recent update of WhatsApp you got a new feature which allows you to download or restore deleted media files again? Basically, this feature allows you to redownload the media files such as images, videos, GIFs, voice messages and other documents those you have received on the WhatsApp and sent by your friend. So, in case you accidentally deleted some WhatsApp images, videos or any other files from your smartphone gallery then you can undo or I can say, go to that message and download it again. But, if you have deleted the original message from your chat then you not able to download or recover your media files again.

Downloading deleted media files is not possible with very old chats but in our test, we are able to re-download or restore the media files again which were more than 1-month-old.

RightNow, we tested this features only on Android phones but it seems this feature is still not available for iOS users. 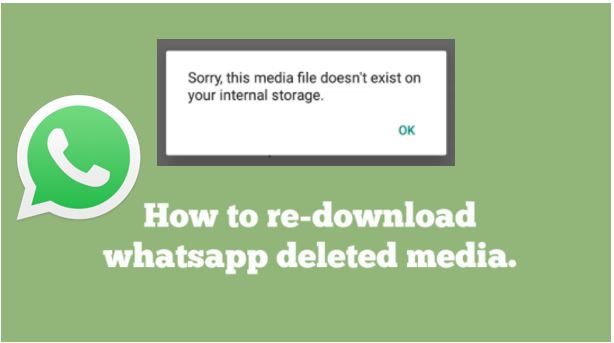 Note: Be sure that you didn’t delete that chat message because after that you won’t able to restore or redownload your media files.

How To Make WhatsApp Status Visible To selected Contacts

Use WhatsApp with a new phone number