The predecessor of V2000 that is AMD Ryzen V1000 series embedded processors was launched in February 2018 with 14nm Zen+Vega architecture, SoC single-chip design, up to 4 cores, 8 threads, 704 stream processors, and thermal design power consumption of 35 -54W or 12-25W.

Where that didn’t stop there, after that in April 2019, AMD released the Ryzen R1000 series of embedded processors that were also based on 14nm Zen+Vega, the same SoC single chip, up to 2 cores, 4 threads, 192 stream processors, and thermal design power consumption of 12 -25W.

And now in 2020, we got upgrade Ryzen V2000 which seized further and uses 7nm chipset sized Zen2 architecture with the power of 8  CPU cores (16 threads), 7 Vega architecture GPU computing units (448 stream processors), and the thermal design power consumption range is expanded to 10 -54W, the operating temperature range is 0-105℃, and the packaging method is upgraded from FP5 to FP6. 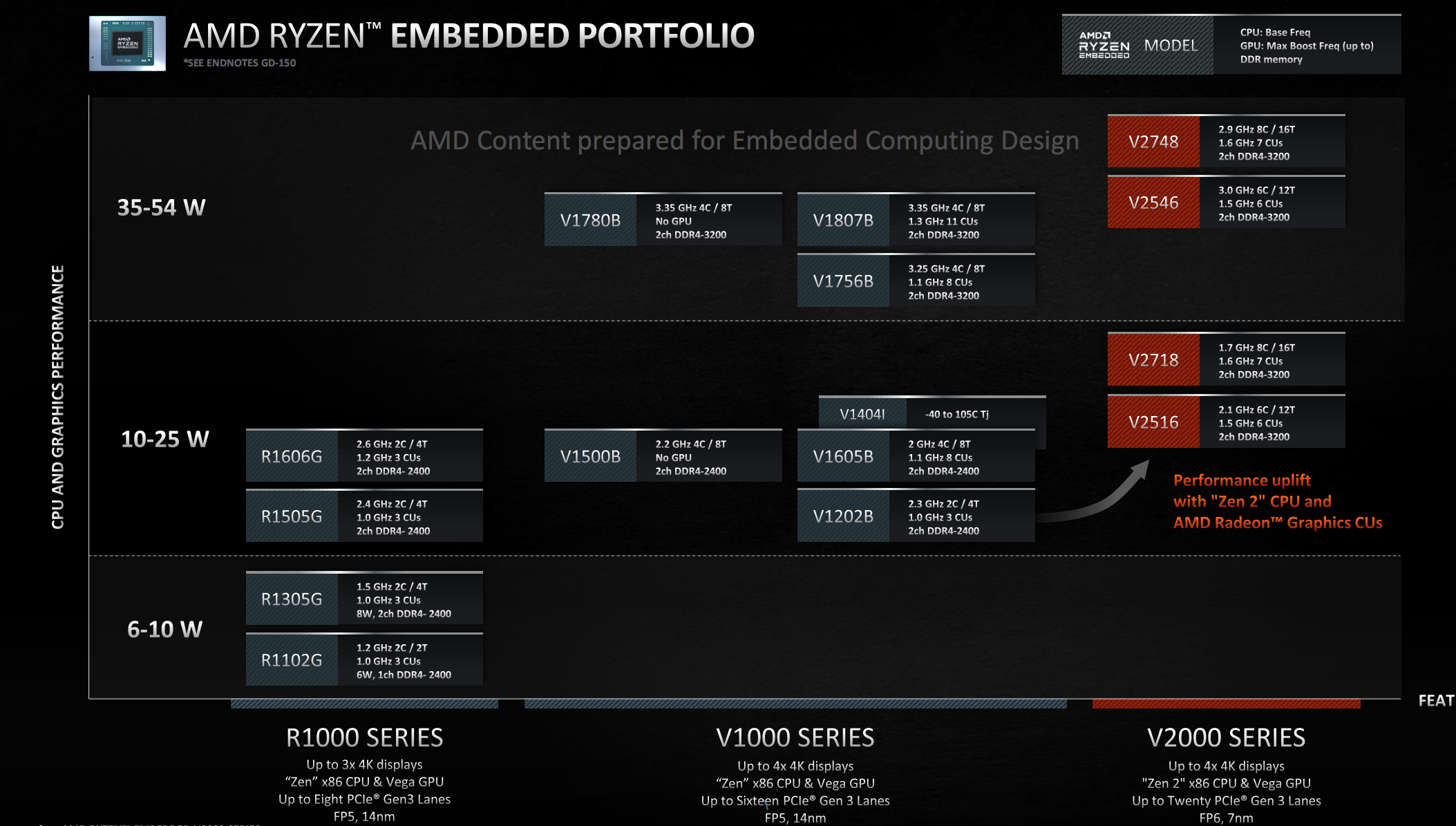 The upgraded version Ryzen V2000 is also quite powerful as it supports the simultaneous output of four 4K displays and can support 4K60fps 10-bit video encoding and decoding. The memory uniformly supports dual-channel DDR4-3200 ECC, and it provides 20 PCIe 3.0 channels (4 more). 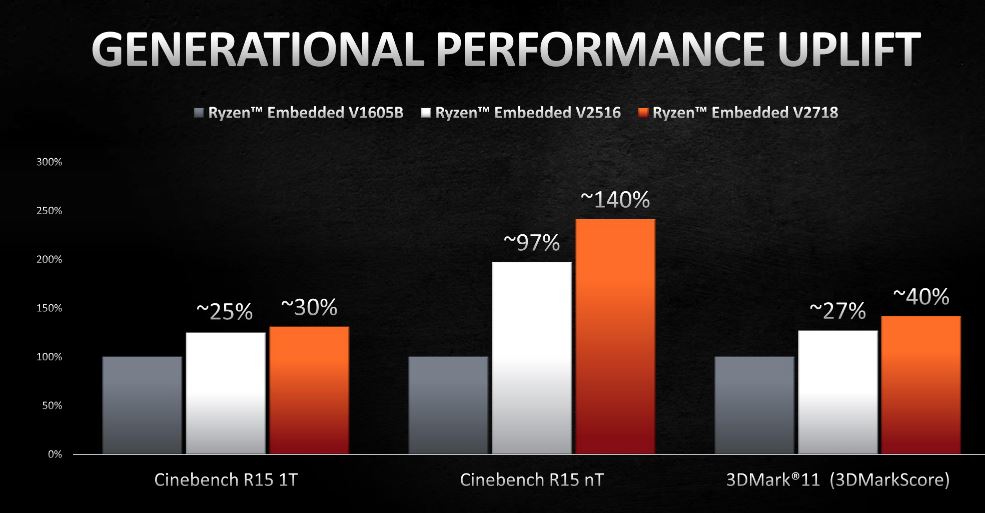 In terms of security, it supports Memory Guard, including a complete set of security features, such as Secure Boot, Secure Memory Encryption, and so on.

There are four specific models: 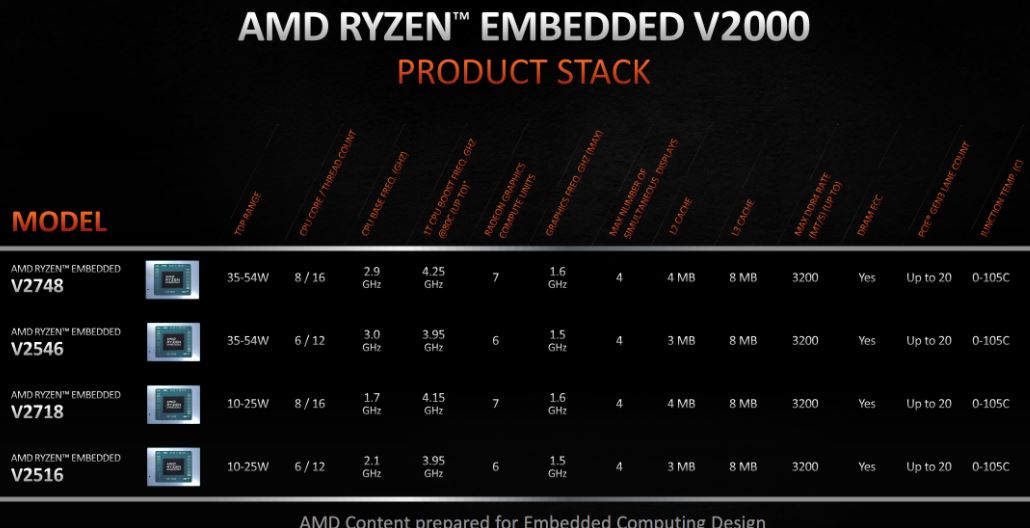 Compared with the tenth generation i7-10710U and i5-10510U of Intel’s competing products, the single-thread performance is basically the same, and the multi-thread and graphics performance are drastically high. 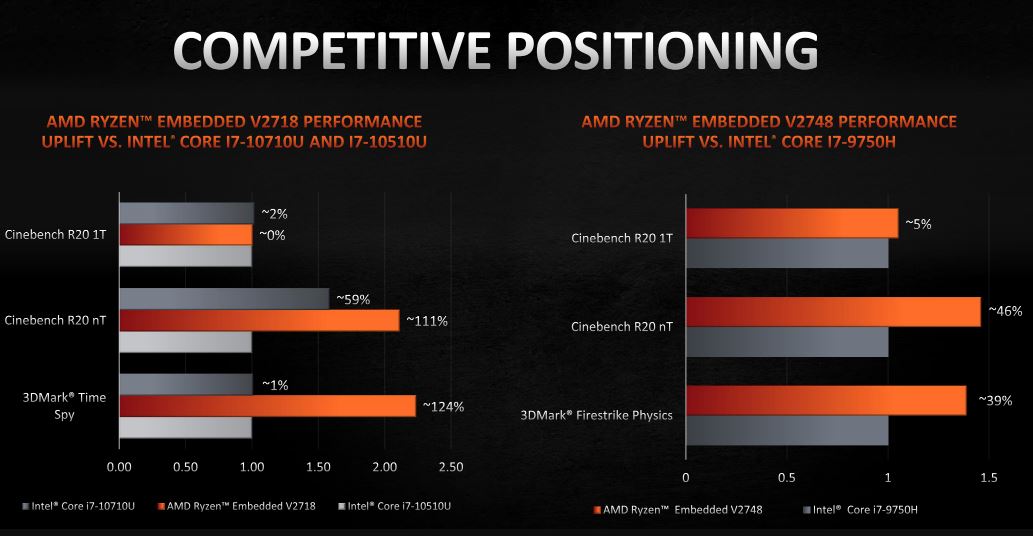 The Ryzen V2000 series is mainly for thin clients, minicomputers, edge computing, and other embedded fields. It provides up to 10 years of supply support. The partners to further take the AMD Ryzen V2000 in the market includes some big-names – ASRock, DFI, Elite, Gigabyte, Sapphire, and many more.

StoreHippo aims to be the #1 ecommerce solution provider: Mr.Rajiv Kumar Aggarwal, CEO and Co-Founder of StoreHippo