Due to violations of the anti-monopoly law, Google was severely punished by the EU for a record 4.3 billion euros (about 5 billion dollar), which is likely to change the future fate and direction of Android.

In just over a year, Google received the EU’s antitrust penalties twice. This time Google was condemned for abusing Android mobile operating systems to suppress competitors.

In June last year, Google was fined a total of 2.4 billion euros for making its home shopping service unfairly advantageous.

For Google’s antitrust issue, the EU will not stop there. It is conducting a third investigation against Google, targeting advertising contracts – the EU says there is a suspected overlord contract.

Google CEO Sundar Pichai responded by saying that a typical Android user will install about 50 apps themselves, and can easily uninstall pre-installed apps. If Google is not allowed to bundle his apps, it will hurt the entire Android ecosystem.

“If mobile phone manufacturers and communications operators are not able to pre-install our apps in their various devices, it will undermine the balance of the entire Android ecosystem,” he said. “This Android business model eliminates the need to charge mobile phone manufacturers, or There is only a slight restriction on the distribution method. However, today’s decision makes us worry that the micro-second Android ecological balance we strive to maintain will be broken and convey a dangerous signal that closed systems are better than open platforms. ”

The EU has not explicitly instructed Google how to solve the application bundle problem, but if mobile phone manufacturers can bundle their own apps and point their search to Google’s rivals, it will inevitably reduce Google’s mobile advertising revenue, which is a big jerk for Google. 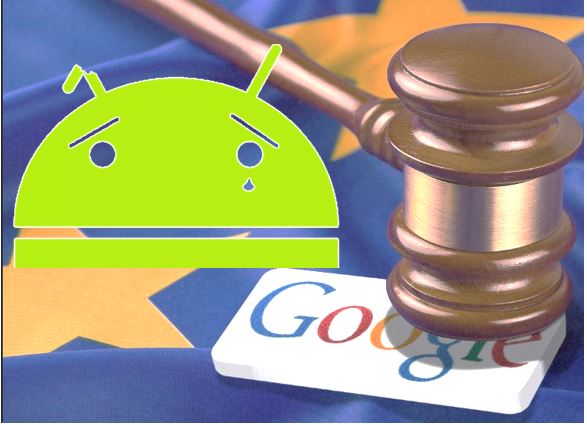 The following is the anti-monopoly “love and hate” between Google and the EU since 2010:

November 30, 2010: The European Commission announced an anti-monopoly investigation on “Google abuses the dominance of online search.” The EU said it suspects that Google has artificially lowered its competitors’ rankings in vertical search results, such as price comparison services. It also expressed concern about the restrictive terms of the advertising contract.

February 1, 2013: Almunia announced that Google has submitted a plan to settle the antitrust investigation.

February 5, 2014: Almunia said that Google has developed a settlement plan that promises to show competitors’ results in close proximity to its professional search results.

May 20, 2014: The German and French Prime Ministers sent a letter to Almunia to criticize the plan to reconcile the antitrust investigation.

September 10, 2014: Almunia announced that it no longer seeks a settlement agreement with Google.

November 27, 2014: The European Parliament voted to pass a non-legally binding bill that would split Google once the EU could not resolve its antitrust investigation.

November 13, 2015: Yandex said it will “introduce” the legal war with Google into the European Union. Its purpose is to force Google to separate services such as search from Android.

April 20, 2016: The European Union has expanded its scope for Android investigations, condemning Google’s signing of the Overlord contract, and prohibiting Android phones and tablet vendors from pre-installing competitor apps and browsers. According to the European Commission, Google also pays for device manufacturers and telecommunications companies, pre-installing their search applications only on devices.

July 14, 2016: Google AdSense for Search became the company’s third service to be included in the opposition statement by the European Union. At the same time, the EU also issued a second objection statement related to the search.

June 27, 2017: The European Union issued an anti-monopoly ticket to Google for a total of 2.4 billion euros due to unfair discrimination against competitors’ comparative shopping services. Google was asked to “stop its illegal behavior” and try to give competitors the same treatment within 90 days, or face more fines.

September 27, 2017: Google changed the way shopping results are displayed in Europe to avoid further fines. Google said it will allow competitors to bid for ad slots above search results, and Google Shopping will bid for ad slots without parent financial support.

November 7, 2017: Foundem said that Google “actively strives for” a fine of about $12 million a day, saying that Google did not meet the EU’s request for equal treatment of competitors.

June 18, 2018: Vistage said that Google seems to show more competitor ads, but she said it is too early to judge whether Google’s behavior is enough to avoid more anti-monopoly fines.

July 18, 2018: Google received a fine of 4.3 billion euros for illegal business practices related to Android apps. Google needs to make corrections within 90 days or you will receive a ticket.

How to Reinstall Windows 7 from USB or CD?