Is your Android phone using Google Chrome? Then according to Android Police and XDA-developers, the Chromium development team plans to add a feature to Chrome for Android, which will automatically disable JavaScript scripts for web pages when it detects that the system is on a slow network such as 2G. 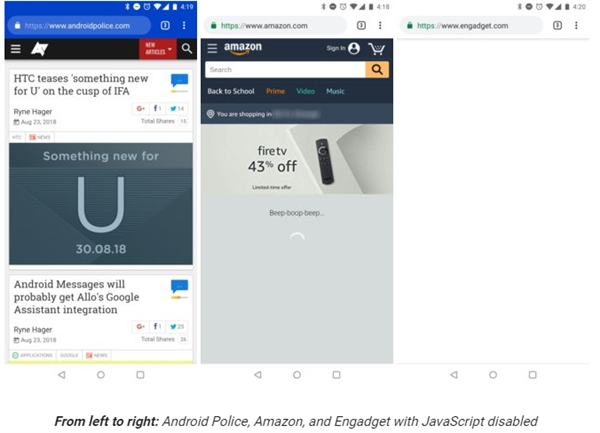 Of course, there will be a floating window at the bottom of the page to prompt the user for the disable behavior, which can be manually turned on if the effect is affected.

Usually, after the webpage is disabled, the JS script has different effects. As shown in the three web pages, the AP is normal, the Amazon content is incomplete, and the Engadget is directly white. However, it still is the testing phase…

How to fine-tune audio output on Google Chrome for PC

Any song that you want to listen to nowadays,...
Read more
How To

We come across different types of links while we...
Read more
How To

The surface web is like an open...
Read more
How To

Google Keep is one of my favourite applications or...
Read more