According to AppleInsider, the US Patent and Trademark Office disclosed a new patent application for Apple on December 20th. The patent document shows that Apple is exploring the use of multiple optical modules to enable imaging sensors to transmit data to a dedicated component that is connected to other hardware on the phone.

One of the significant design changes that will be brought to devices such as the iPhone or iPad in the future is that the rear camera’s protrusion height will be reduced or even completely disappeared.

However, in the current technology, it is necessary to ensure that the electronic communication paths between different components must be spaced apart from each other in space to avoid mutual interference. 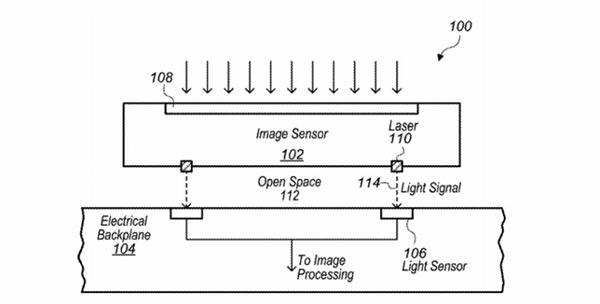 Apple’s patent document indicates that it is exploring the use of optical signals rather than electrical signals to enable communication between camera sensors and other components in mobile devices. Finally, it can replace some of the functions provided by the current Hall effect sensor, so that the distance between the camera module and other circuits of the mobile device is closer, thereby infinitely reducing the protrusion height of the camera.

However, Apple is applying for a large number of patents every week. It is still unknown when it will commercialize the technology and adapt it to the terminal products.

Why do Apple suffer from low sale in the Indian market?

Take a screenshot without pressing a single button on your iPhone: Here is how

How to reset iPhone or iPad without apple id