The system will be on display at the DOCOMO Valley 5G Open Lab in Tokyo, providing a highly realistic viewing experience with head-mounted displays.

To overcome the difficulty of 360-degree video real-time splicing and compression processing, DOCOMO uses field-programmable gate arrays (FPGAs) for superior processing speed and high-density algorithms of up to 30 frames per second.

The device mixes 5 channels of 4K video from a fisheye camera in real time to a head-mounted display that clips the video into multiple clips that display the video corresponding to the direction the user is facing. A real-time encoder is used to generate the video sent to the display. 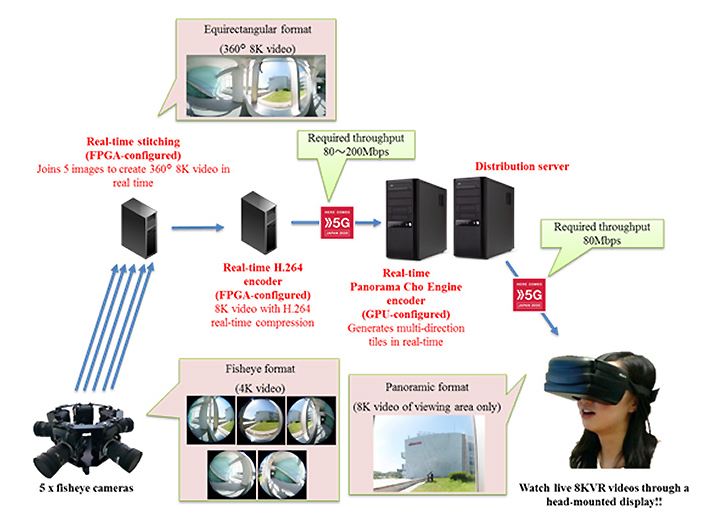 What is the Difference Between VR, AR, and MR