Home
Games
Why should you wait for Xbox Series X instead of getting Xbox One X?

As per the latest trailer launched by Microsoft, it has been cleared that officially there is nothing called Xbox Project Scarlet or Lockhart or Anaconda, but there is the upcoming console Xbox Series X is going to revolutionize the 10th console gaming experience.

But there are many questions are arousing, about if the upcoming Xbox Series X worth it or not, as the name has already proved to be a lame one. Many of the console lovers are also getting confused about whether they should save money to get Series X or they should stay happy with the Xbox One X. In this article, I am going disclose all the available genuine information about the upcoming Series X and will analyze the facts point to point, to decide whether the Xbox series X is worth investing or not.

Contents show
Disappointing Name but a Good Design
Impressive Design for the casing of Xbox Series X
Xbox Series X New Controller Design
What about the Specs?
The Comparison of Xbox Series X with Xbox One X
The Price Factor
Why should you Upgrade to Series X & Why Not?
Conclusion

Disappointing Name but a Good Design

The name series X took the market by storm with just a single small trailer from the Xbox developer’s side. At first most of the awaiting fans were excited but soon after they got disappointed due to the phase-out of Microsoft’s earlier announcements of Project Scarlet and all. Afterwards, most of the fans including me felt that the name presently announce is really a very lame name, for such a wonderful piece of technology. After the names of Xbox 360 and Xbox One X, the name of Series X is repetitive and also quite indefinite, in short, the improper name for such product. So, without any doubt, the name is a negative point for the product, but there is still a big chance where this name would be changed before launch like it did last time from Scarlet to Series X. One more point is there, that the name had changed and turned to be a lame one, but the design has not so do not worry; there are actually a lot to discover about and plenty to be uncovered about the Xbox’s next instalment.

Impressive Design for the casing of Xbox Series X

The latest trailer came out is all about the design actually, where Xbox developers uncovered the design aesthetics of the console and the controller as well. If we talk about the design, then many of perhaps agree with my point if I say that the Xbox series X does not look like a gaming console anymore, but it actually resembles a lot more like a PC. Unlike many others, I actually found this design to be quite intriguing as this huge PC cabinet shaped Xbox this time will be cooled enough to provide you with a whole day-long gaming session without being overheated, even at the summer temperature of India or UAE. Yes, having a big cabinet or case is a huge advantage for the sake of good cooling, as we know that there is no liquid cooling system like our gaming rig is going to be featured with the specs inside. So, the Xbox system would be depending on the air cooling, and for that having such a PC cabinet shaped design is really helpful. So, in the matter of case design, it is a plus point.

The design of the controller is also going to be changed according to the last video from Microsoft Xbox. In case you did not notice, the D-pad is different this time. According to the claims from Xbox developers and also as per the sources the internal construction is too going to be different this time for the D-pad, which will make it more ergonomic and more effective. Personally, I never liked the design of the Xbox One controllers’ D-pad; as I always felt like the buttons are too tight and over uncomfortable for good use. So, I won’t say I am happy, I would definitely say that I am optimistic about the new controller and the d-pad it features. However, if you are a fan of the Xbox One controllers, then you can definitely use those along with Xbox Series X as well. So, this is another plus for Xbox Series X.

What about the Specs?

While you are upgrading to next-gen or advancing through the advancement of technology, the specification of your equipment are stats which talks louder than the mouth. The truth is, this time with the 10th gen Console up-gradation in mind, Xbox did break the expectations of mine, as I did not expect this one to be this cool. Yes, according to my experience I have always seen that the Xbox features a very minimal CPU, GPU and very limited Ram and operating frequency in their specification, where the games were optimized to match the level of the hardware. For the same case above, I have encountered downgraded graphics in many Xbox games than the same game on PC, which always made me think why Xbox do this to their product users. But this time they proved me and many other people wrong, and chosen the best possible specs for this age plus promised to make Series X a worthy one.

Though there are already been various changes in the claims and news related to the specs and all, the basic specs are confirmed to be just like the Xbox Scarlet Anaconda. Which was announced earlier? So according to news of December 2019, the featured specs for Xbox Project X are going to be:

The hardware included is dependable for some serious 4K 60FPS gameplay, the native 8K support made it a futureproof Console as well. 120 FPS support also made it possible to get an extra edge if playing a competitive game like PUBG, Fortnite or Apex on Xbox.

The Comparison of Xbox Series X with Xbox One X

Now before we compare this two head to head, you should know that like Xbox 360 and Xbox One, we can expect various versions of Xbox Series X for sure, where we will see some later announcements on the low end or entry-level Xbox console on the same segment with lower price tag and lower specs; just same as they did it with Xbox One, Xbox One X, Xbox S All digital version. But, till now we do not have any confirmation about this speculation and neither we know anything about the probable specs of the low-end Xbox Series X specs. So, we have no other way than comparing the Series X’s above-stated specs with the Xbox One’s specs.

It can be said easily that the Xbox Series X is going be much more powerful than your Xbox One X. But, with time Xbox launches any low-end version then you must reconsider before getting any low end or entry-level Series X console as substitute to your One X console which is actually the best in Xbox One series. But if you own an Xbox One S like me then you can upgrade to Xbox series X with blind eyes, if your budget permits you to do so.

Believe me or not, I do not think the price is going to be very high, as whatever claims you are reading online are all speculations and nothing confirmed. But, if we look for the logic and facts then we can consider that Microsoft’s initial loss on their Xbox One Projects, due to the price hike. So, this time I do not think they are going to do the same mistake again. One more point is that the Sony PS5 launch is also scheduled for the same month which is holiday 2020. So, to get the competitive edge over the biggest rival, Xbox will tune their price so that most fans can afford it. So, I think the price would be around $499-$599 for sure, not more than that.

Why should you Upgrade to Series X & Why Not?

Now the decision is yours, and the decisions always should be taken on the basis of facts and logic. So, decide first what kind of a gamer you are now, and that would lead you to the final decision of yours. If you are thinking about specifications, performance, futureproof deals then Series X is for you, but only if you are an enthusiast gamer, else Xbox One x or One S is enough for you. 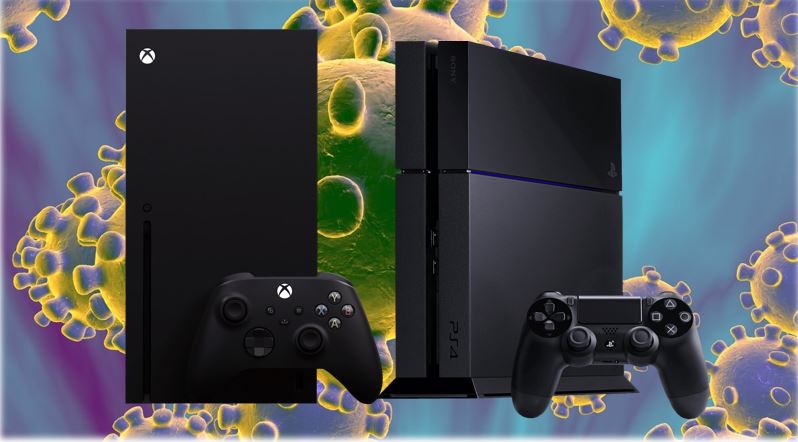 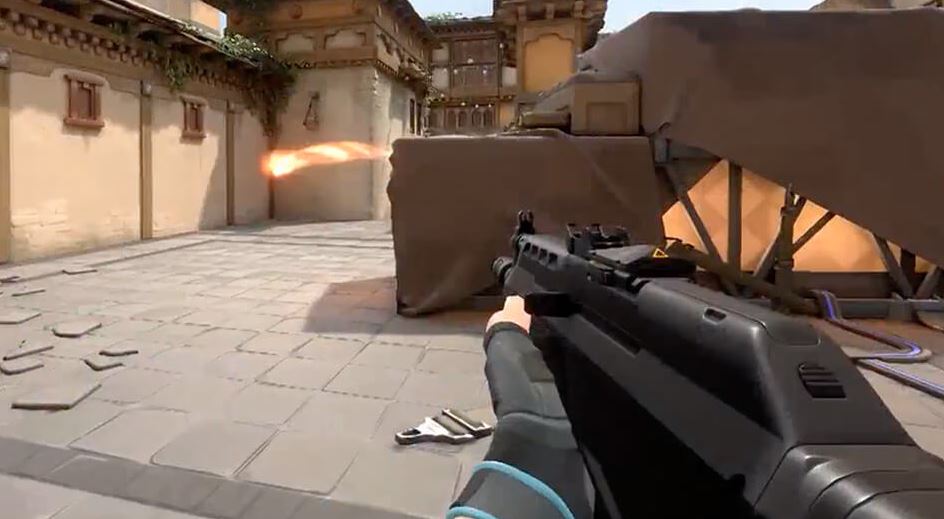 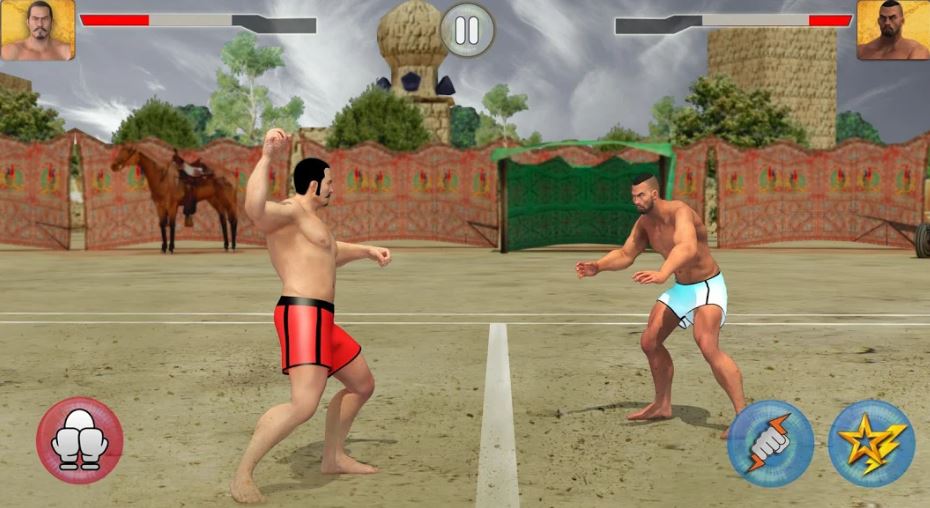