This article covers Why Microsoft Mixer is Shutting Down and Why Mixer Failed? So, its time to move on to some other streaming platform…

Game streaming business got its kick-start back 2010 in the European and North American Countries. After half a decade later, from 2015 the live streaming mania, both in terms of streamers and viewers started booming worldwide including South American and Asian countries. But, since the launch of PUBG and Fortnite, this Live streaming business around the world kept going up at an immense speed. In south Asian countries PUBG Mobile live streaming created its own huge market, and many other multiplayer and BR games including Fortnite, Apex Legends, Warzone, PUBG PC, DOTA 2, CS GO, Valorant are doing well also.

With the ever-increasing business of Live Streaming of Games, the need for live streaming platforms also started pumping. Back in 2011, when the Twitch.tv launched with the idea of Live streaming of games, then it became the first of its kind and gained huge popularity. Afterward, YouTube also introduced the live streaming feature on its platform, and as it was the most popular video streaming and search engine platform even long before the existence of Twitch.tv; YouTube live streaming became even more popular around the world. Also in 2015 YouTube launched the YouTube Gaming Live Streaming features targeted for gamers. Since the competition in the market of live streaming platforms started booming, which resulted in the new launch of many other such platforms including, Microsoft Mixer, Facebook Live, Nimo TV, DLive, and the most recent Facebook Gaming (Android App).

On this Page show
The Top Three Streaming Platforms
Why Microsoft is Shutting Down the Mixer?
What will happen to the Mixer Members and Streamers?
Why Should You Choose Facebook Gaming App?
Wrapping Up

Now for any live streamers or content creators gaining an audience is the biggest challenge, for which anyone would choose for the most popular Streaming Platform or the platform with the most of the benefits. That is why YouTube, Twitch, and Mixer became the top three choices of anyone.

YouTube is owned by Google and it is definitely the most popular video streaming platform of all, but when it comes to game streaming Twitch is one step ahead as Twitch.tv first coined the idea of Live streaming of games.

On another hand back in Jan 2016 when Mixer came into the existence it was not a very big deal. But, when in August 2016 Microsoft took over Mixer, it became a huge attraction for all the streamers, creators and viewers as the brand name of Microsoft, was there.

So, for business growth, Microsoft tried to acquire the major streamers from other platforms instead of growing some on their own platform, and they even landed some contracts with streamers like Ninja and Shroud. But slowly, Ninja and Shroud started losing viewership rating and hence they started nagging. Many viewers also were not happy with the Mixer’s UI and others were complaining about the donation, communication, and reward features, so in turn, Mixer started falling from the hype very fast. 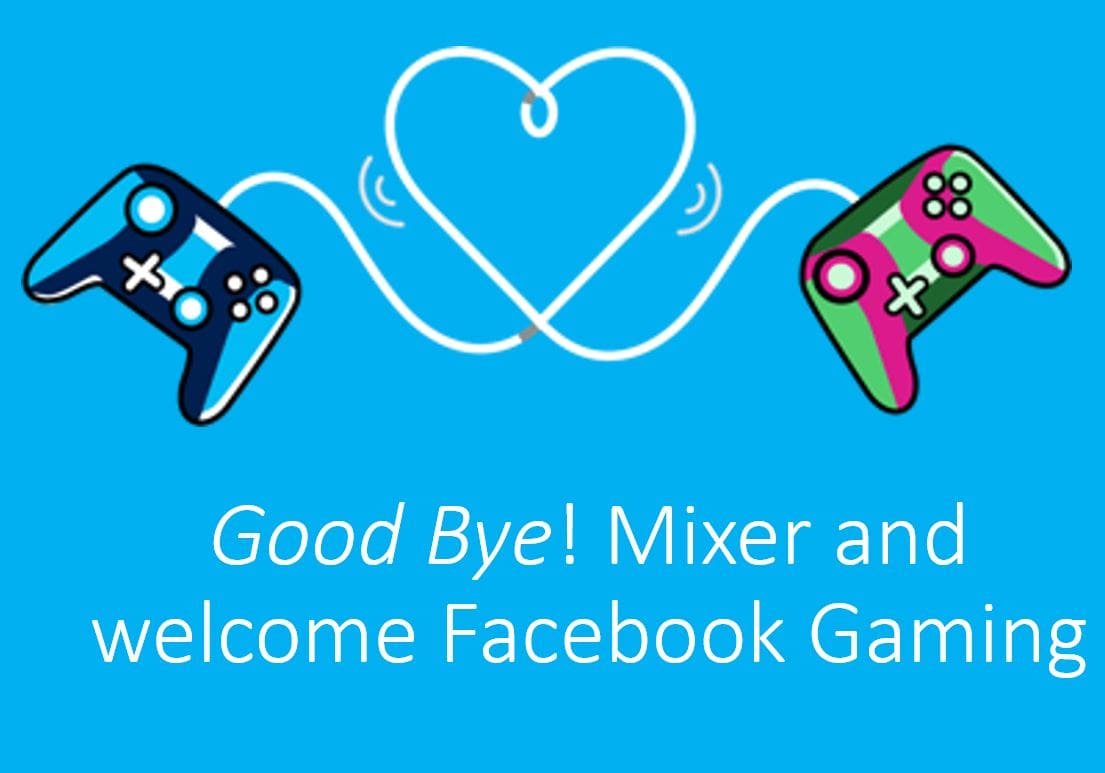 Why Microsoft is Shutting Down the Mixer?

A company like Microsoft is all about money, and their policies are also made on profit-driven logic. When Google started booming its business with the YouTube Live Streaming then the main rival Microsoft started to consider experimenting on the same business. As Twitch.tv was already on the top of this business model in the market, it was not possible to land a joint venture deal with them, so they had to find another way. Here Microsoft started thinking of a shortcut way which led them to acquire a newly launched venture call Beam instead of developing their own platform. After a couple of months of acquiring Beam. Microsoft changed the name to Mixer and started promoting it as the best alternative for Twitch and YouTube Live.

While YouTube Live and Twitch.tv have created their own market and developed their own legends by supporting and promoting them. Microsoft tried to grab the market of these streaming platforms ready-made and also they tried to buy off the big names to drive the audience to be regular Mixer.

Here Microsoft failed. Instead of tearing down competitors’ markets, if they tried to understand the market and its need and if they have developed their own platform in such a way by promoting & supporting new creators from scratch as YouTube does, then Microsoft Mixer may not have failed this easily.

According to my small experience over this industry, most viewers stay with YouTube as the UI is very easy handy, anyone can live steam on YouTube very easily.

Anyone can become a creator within no time, YouTube community is big and very supportive, YouTube officials are very responsive and supportive and top of all most people connect with YouTube with emotional value.

On the other hand, viewers stay with Twitch due to the huge earning profits, intuitive UI, and for serious pro players, also not to forget the supportive nature of Twitch towards the creators and viewers. YouTube is made for serious gamers and serious supportive viewers, while it is made for intermediate level and pro-level players and for all types of viewers, whereas Mixer was tuned for none of them. Apart from all, Mixer did not even try to connect with their viewers and creators emotionally, so that spark did not happen.

As a result, all the big names Mixer bought off from other platforms left it, due to the sake of their own career, and the viewers were not into it since the start.

Finally, Mixer failed as a mainstream streaming platform alternative and become a failed venture from Microsoft too. The shareholders started nagging due to poor performance of this Microsoft’s game live streaming platform and most of them started leaving, which lead to very low share values and instability and of course, that is not good for Microsoft’s brand name at all.

Therefore, Microsoft officially announced on June 22, 2020, that Mixer services will shut down from July 22, 2020.

What will happen to the Mixer Members and Streamers?

According to official sources, Microsoft shutting down Mixer due to an agreement to collaborate with Facebook, on the business aspects of the upcoming xCloud Cloud Gaming Service.

Where Mixer will redirect their former users (subscribers and members) to the Facebook Gaming App service, and Mixer streamers will be offered opportunities to join Facebook Gaming’s Partnership and “Level Up” program where applicable.

Facebook Gaming was scheduled to be launched in August 2020 but the project had been completed before time and the launch happened ahead of schedule on 20th April 2020.

Gaining viewer’s attention on YouTube or Twitch is extremely hard for any newcomer, promoting your channels with the help of some Digital Marketing or Social Media PR Agency is not cheap at all. So, choose a new platform, with decent brand value, low competition, and a high chance of success.

After Microsoft, Apple, and Google, Facebook is the biggest name in the overall IT industry, and especially where the live streaming business is kind of a Social Media Marketing, there you can surely expect such features and supports from the world’s biggest Social Media Platform Creators.

With Facebook Gaming, you would get brand value, as they are new so competitions would be less, there is going to be a high chance of landing an official contract with the platform’s brand name even for the newcomers. The UI is definitely good and trustworthy, Facebook marketing strategy and policies are proved to one of the best in the past, Facebook is the most popular social media platform of all.

So, if you are a new streamer and struggling in the YouTube community or Twitch Community, or you are a former streamer at Mixer, then Facebook Gaming is the best choice for you to give you streaming career a boost and a chance to kick start from the scratch.

In the end remember, in a gaming career, you won’t be able to settle ever in your life. So, you have to keep moving with the flow. Even the biggest names in the streaming industry like Ninja, Shroud, PewDiePie also keep looking and signing into new opportunities.

Furthermore, if you think that after gaining a decent amount of audiences you will be set for life, then you are utterly wrong and Gaming or Live Streaming is not a career for your mindset. Even the professional E-Sports players have to retire after a span of time, and they also at the end try to build up with the streaming business, so the competitions are also not going to be a walk in the park.

Therefore, never settle and keep moving, but what I say according to the market of 2020, Facebook Gaming is a very good platform to start and grow with so that you gain the attention of audiences and brands towards you. The news part is official and confirmed but the insights are my personal opinion, so if you differ put a comment below.