With the 2019 global conference for developers, one can now envisage spurting love of Microsoft towards the Linux.  Windows and other open source systems are getting closer and closer, and the command line functions are strengthened several times. So, to stringent the tied up knot with Linux, the Microsoft has announced two major upgrades for developers in the open source community at Build 2019 conference in Seattle. One is the addition of Windows Terminal app and another one is native support to full-fledged Linux Kernal.

Let’s first talk a little bit about Windows Terminal, which is arguably the most powerful command line console in Windows. The first thing which makes it unique is its power to centralize Windows’ old fellow i.e Command Prompt along with Windows PowerShell and Windows Linux subsystems into a single window. The user can manage each command line window as a tab.

In the below screenshot you can see, from drop down box we can select other command line tools directly in Windows Terminal. Hence, it removes the hassle of opening different CMD tools to operate WSL, Power Shell, and CMD. 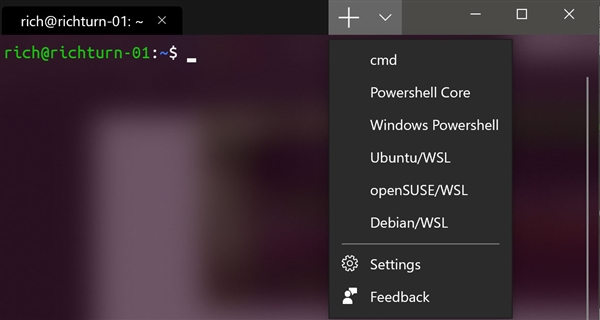 Windows Terminal app is not like old pale command prompt instead it has the ability to support multiple tags/tabs, theming, customization, etc. It also supports a variety of fonts, emoticons and GPU-accelerated text rendering.

Windows terminal tools are currently in the final closing test phase, and Microsoft is expected to be officially released in mid-June.  If you are a developer you can check out the Windows Terminal app project at Github. 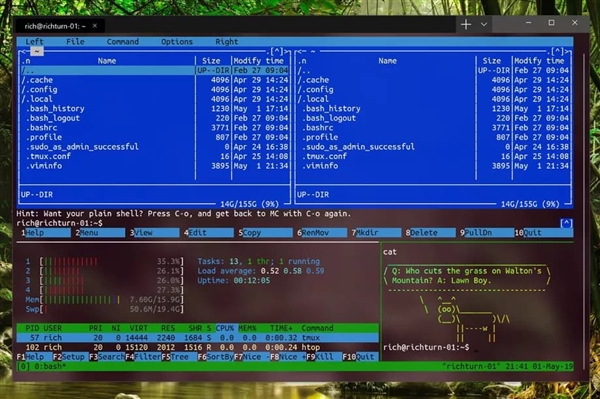 The other major announcement for Linux lovers is in the future updates we will get full-fledged Linux kernel. The kernel itself will be based on 4.19, the latest long-term stable release of Linux.

According to the Microsoft blog, from the summer version of Insider, code name 19H2; Microsoft will integrate Microsoft’s customized Linux kernel for Windows subsystem Linux in Windows 10. The kernel is upgraded by Windows’ own updates (it should still run as a small virtual machine in the system through the Hypervisor) without affecting other components of the system.

Interacting with this Linux kernel requires downloading a Linux (Ubuntu, Debian, OpenSuse) app from the Windows Store. Although the Linux kernel is customized by Microsoft, it will remain open source.

Right now, we can’t use so many Linux core commands on WSL due to not having a full-blown Linux kernel but after this update, this will no more a snag for developers and other users.

In short, the developers who like tossing Linux technology got broadened in the way of playing open source systems on Windows.