The launched series of power bank are ZEB-PG10000D with a capacity of 10000 mAh, ZEB-PG15000D has 150000 mAh , and the last one which is  ZEB-PG20000D comes with the highest capacity of 20000 mAh. All these power banks also features LED torch along with a Digital display to know the amount of power is left in the Power banks.

If you talk about ports, the launched Zebronics power banks has one micro USB for input and two USB ports for output . The output and input power of both the power banks is DC5V 2A. Such high capacity and power output can easily charge your device fast. 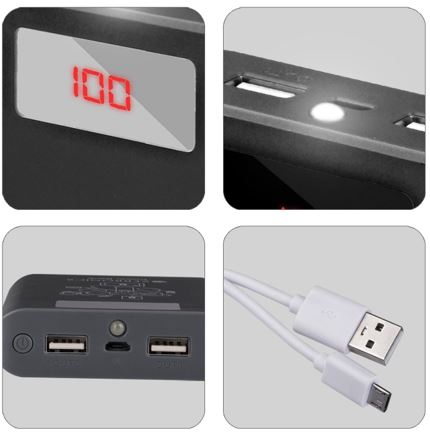 To ensure the safety, the Zebronics Power Bank uses multiple security features to protect from short circuit, input/output short, over charge and over discharge.

FINGERS that deals in digital accessories recently has announced the expansion of its portfolio with a launch of two new products in the PD...
Read more
Technology

Power banks are one of the most favourite gadgets of the masses. We all love our smartphones a lot but as soon as the...
Read more