A keyboard is the most basic input device of a computer for decades now, and you can’t even think of working on a computer without one. That said, computer keyboards are available in several form factors, and each of them is available at different prices, some for general users, while others are for certain class of users like pro users, gamers, or users dealing with production, and other specific requirements. Mechanical keyboards are the best as they deliver wonderful tactile feedback with every keypress, which is something most people like, including me. But, that goodness of mechanical keyboards come at a price, which most users are not willing to pay.

That said, I recently got the Frontech Pro JIL-1697 Gaming Keyboard, which gives tactile feedback with a keypress, and it is also a great keyboard for gamers, as well as pro users. I am using the Frontech Pro JIL-1697 Gaming Keyboard for quite some time now, and thus, just like every single time, I am here with the review of the product. I will try to mention all the important points that you should know about this keyboard before you make your final decision of spending your hard-earned pennies on this keyboard. The keyboard comes with some amazing features, which should cater to the requirements of most users who are not looking for something specific.

So, without any further delay, let’s get started with the review of the Frontech Pro JIL-1697 Gaming Keyboard. I will start with the features.

Let me first talk about the most highlighted features of the keyboard that most users will care about.

So, that was all about the features of the keyboard that you should know about and you should take care of at the time of purchasing the keyboard. Here are some screenshots… 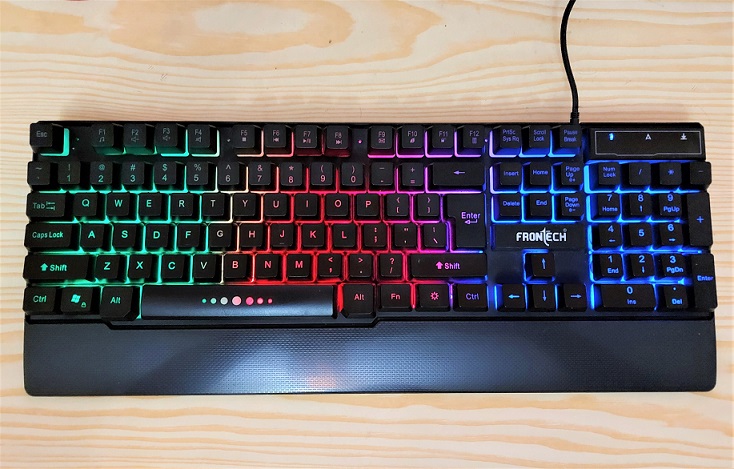 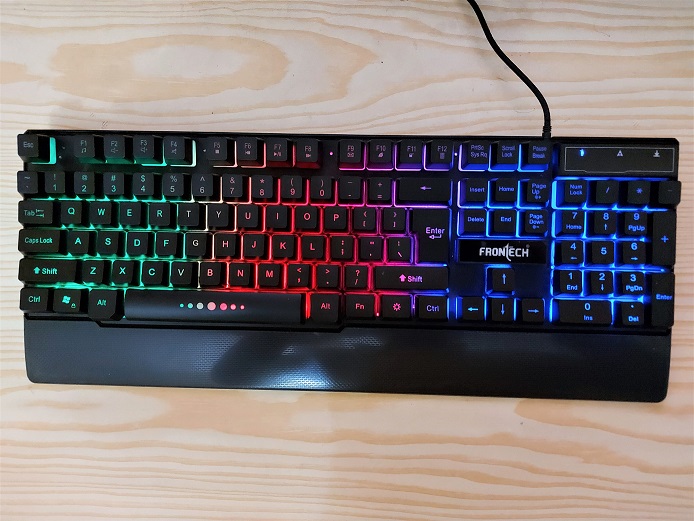 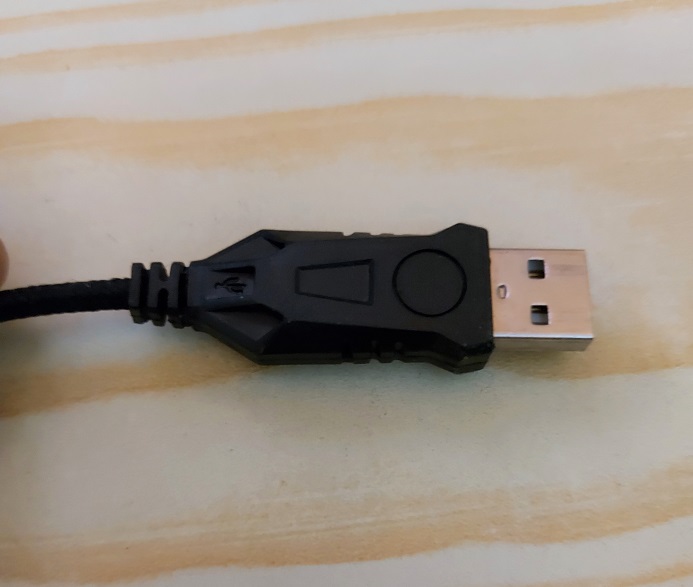 Let’s have a look at the pros of the Frontech keyboard.

So, those are the pros of using the Frontech Pro JIL-1697 Gaming Keyboard.

Now let’s have a look at the cons of the Frontech Pro JIL-1697 Gaming Keyboard, which you should know about before you make your final decision of purchasing the product.

So, those were the few cons of the Frontech Pro JIL-1697 Gaming Keyboard. You can easily understand, none of the cons is actually a deal-breaker.

Talking about the final verdict, if you are looking for a stylish keyboard, which gives tactile feedback and that too, with a backlight, Frontech Pro JIL-1697 Gaming Keyboard is the best one that you can go for. I got this keyboard at Rs. 750 from a local store and the price is quite reasonable as well, considering the features it has to offer. You can hardly get anything better than this at this price. As this is a  product by Frontech, you can also expect good longevity as most Frontech products are trustworthy and they last really long.

So, that was all about the Frontech backlit keyboard review. Do you have any questions or have anything to say? Feel free to comment on the same below.

If you are looking for a stylish keyboard, which gives tactile feedback and that too, with a backlight, Frontech Pro JIL-1697 Gaming Keyboard is the best one that you can go for.

Computer keyboards are nothing new in the world of Technology and we use our computer keyboard to accomplish almost every task from...
Read more
news

This Diwali, Bobble Keyboard is here with an eco-friendly innovation to turn your Whatsapp conversations into fireworks. Bobble AI, a Gurgaon based leading startup in...
Read more

Aarogya Setu is an app designed and developed by the India Government (ministry of electronics and IT) for Android...
Read more

The simplest way to communicate with people not in front of us is to do voice calls. But from...
Read more
- Advertisement -

Digitising a business process into an app takes too long, and costs too much money. Owing to these high...
Read more
- Advertisment -
- Advertisement -

In terms of the USB cables, there are no...
Read more
review

Well, no doubt that technology has been the gamechanger...
Read more
review

Just like the keyboard, the computer mouse is also...
Read more