Well, the only thing which we really feel good and impressive in Eluga i9 is the build quality and availability of 32GB storage, 3GB RAM + fingerprint sensor at the price of INR 7,499. But if we get out of the box and see the budget smartphone market then it has to face a tough competition from of other phones like Xiaomi 5A.

The horde of smartphone players in India is increasing day by day but Pansonic has it own safe place by launching products consistently. Most of the Panasonic smartphones are under 15k or 10k and some of them come with neatly baked Arbo-AI. It is the companies in-house developed intelligence software to provide useful suggestions based on the user behavior. Eluga Ray Max and Ray X were the two first phones of Panasonic came with ARBO and after that Panasonic Eluga A4 (Review), Eluga Ray 500 (Review), Eluga A3 Pro (Review) and more…

At the end of 2017, the Panasonic has again launched a budget smartphone Eluga i9 whose MRP on its box is 11990/- but announced at INR 7,499. The company has drastically reduced the price might be after watching the current trend of the budget smartphone market in India.

Inside the Box of Eluga i9

In Panasonic budget range smartphone it is the best device I have seen so far in terms of design and built quality. The company tries to make it simple as possible while preserving the neat finish. It features metal on the back and 2.5D curved glass at the front. Panasonic has played a little trick here, the whole phone is not built of metal instead of that it has only a portion on the back which sandwiched between two plastic pieces. The corners are contoured in rounded shaped while a wine silver ray running across the periphery of the sandwiched metallic piece.

The fingerprint, a single LED flash, and camera aligned and placed vertically above the mid portion of the back. The right side of the phone used the Hybrid SIM tray & Power button while left for volume up/down button. The micro USB situated at the bottom is flanked by two speaker grills out which one has the speaker and other for Mic. For 3.5mm headphones jack it is available at the top. 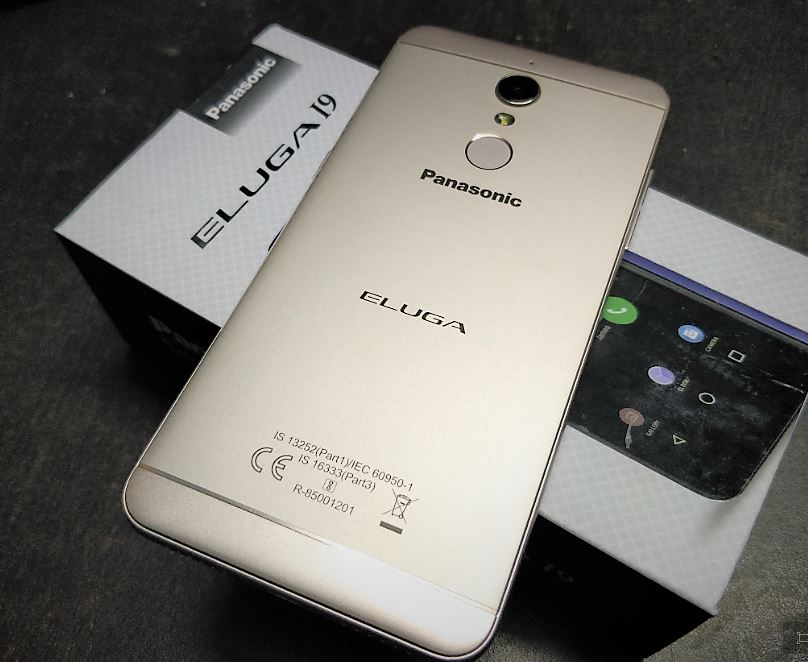 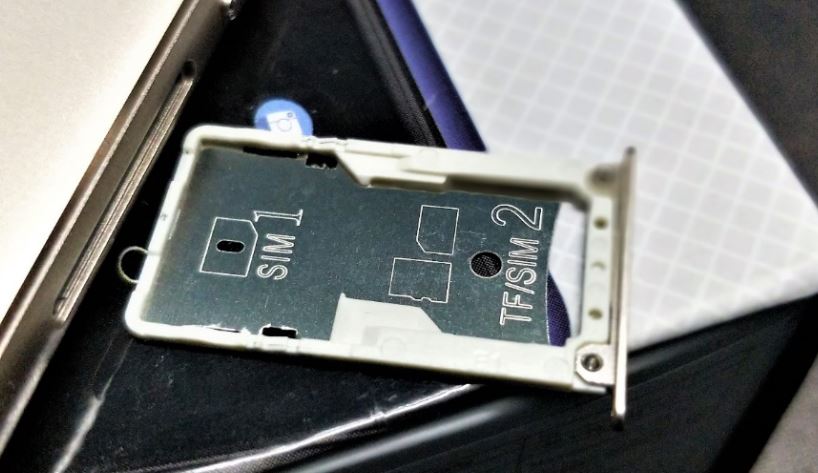 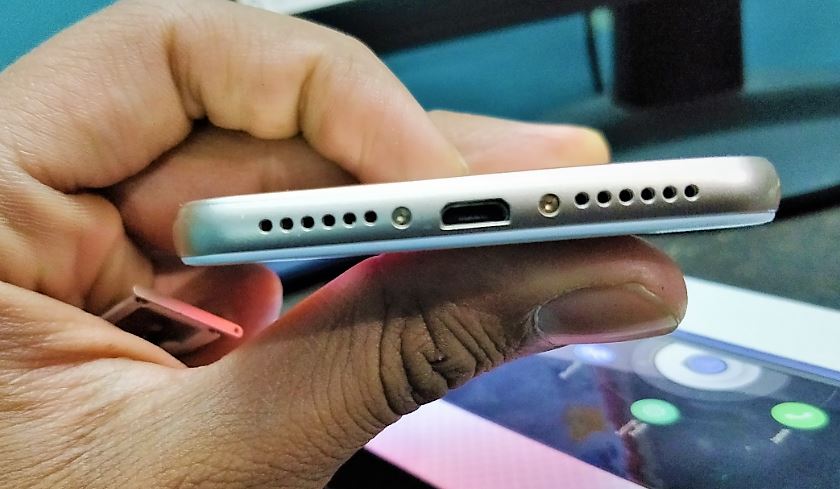 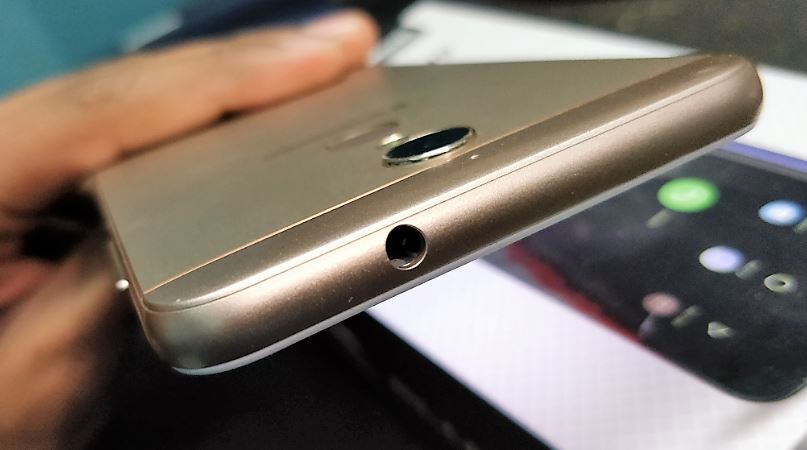 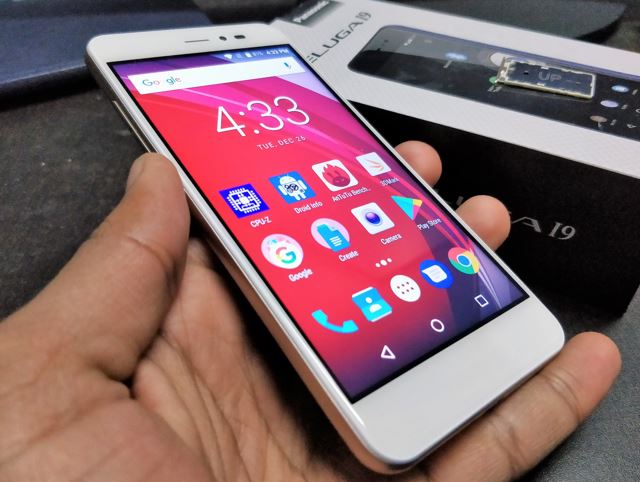 The front side of the phone has on-screen navigation buttons which means space below the display is completely blank and waste. The upper portion of the display comprises the ear speaker, front camera, sensor, and notification LED.

The display is bright and enough legible to read the text under bright sunlight at full brightness. Colors are punchy and not appear washed like we have seen in some of the Panasonic Eluga series smartphones. The pixel density of the Display is 320 PPI.

The Display picture quality of the phone is optimized by the MiraVision and has the refreshing rate of 59.38Hz.

Although the size of Display is 5.0 inches but due to thick bezels around makes it a bit smaller. The resolution carried by the phone is  720 x 1280 pixels (HD).

The colors produced by the phone while playing a video comes with good contrast ratio in both black and white. Moreover, the shades of black, grey, blue and green were beautifully rendered on the screen.

The Display is multi-touch capacitive screen and supports maximum 5 touch points on the screen.

The rear camera is of 13MP which is an average performer in our test. It capable of nice shots only in enough light but struggles in low light photography. For complete camera review and image samples please see: Camera Review and Sample Images

Eluga i9 Performance and Software 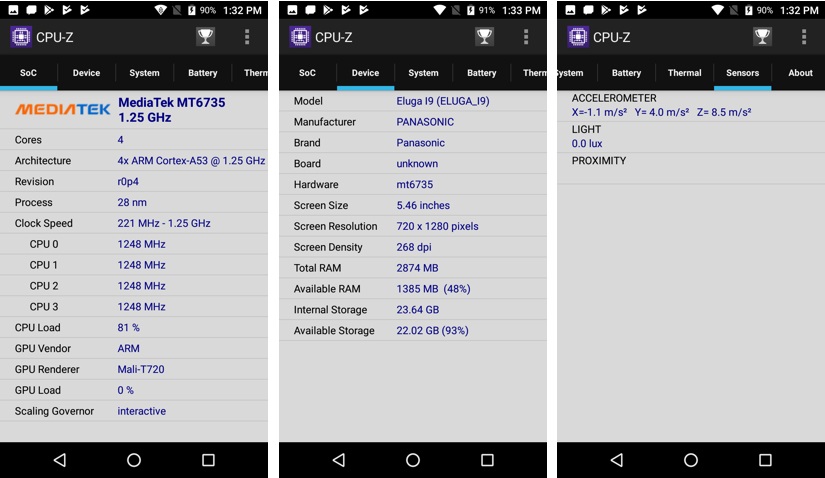 Generally, the Panasonic smartphones can’t be considered as a powerful phone and the Eluga i9 is not the different. It runs on the  MediaTek MT6737 (Quad-core 1.25 GHz Cortex-A53) fuelled by 3GB RAM to handle the multitasking.  For storage, it uses the 32GB inbuilt storage space that can be expanded up to 128GB via microSD card on the Hybrid SIM slot of the phone.

The overall performance of Eluga i9 delivered to us was average in terms of gaming, although the device can easily execute daily tasks without much hindrance. Despite having 3GB RAM, it does take few seconds while switching or opening some application. There was no heating issue except normal warmth while using the camera and playing heavy games. In comparison to other phones available in the market at the same price can perform better, for example, Xiaomi 5A.

The sound out of the Eluga i9 is also below than average and if you are in some crowd, it is difficult to enjoy music or movie without headphones. 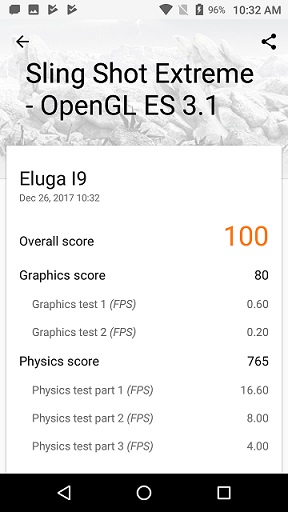 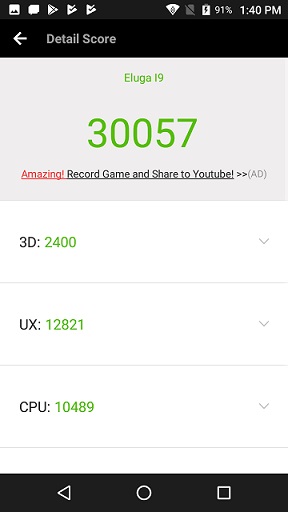 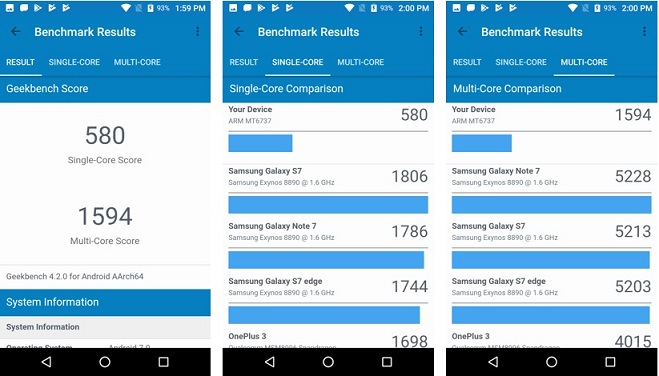 The performance of the battery is also not good. Eluga i9 packed with 2500 mAh battery which gave us around 4 hours of backup in the video loop test. We test a 720P movie at full brightness while WiFi is on. In real-world scenario under 4G connectivity, you can’t expect a full day backup.

We got 6-7 our backup during our usage in 4G and common apps such as Whatsapp, YouTube, Chrome and more. Don’t know why but having only 250 mAh battery still the phone took around 2 hours to get fully charged.

Well, the only thing which we really feel good and impressive in Eluga i9 is the build quality and availability of 32GB,  storage + fingerprint sensor at the price of  INR 7,499. But if we get out of the box and see the budget smartphone market then it has to face a very tough competition from of other phones like Xiaomi 5A.

How To Display WordPress Related Posts By Category and Tag

How to Sign up for Google Doubleclick Ad Exchange