The new generation of iPad Pro was finally released as scheduled, not only with the full-screen design of removing the HOME button, but also with the face ID function without a notch, and also equipped with Apple’s most powerful chip A12X bionics to date. Apple said, “To put it bluntly, the iPad Pro is so strong that many laptops are envious.” However, these are all expected improvements, and the more surprising thing is that the USB Type-C interface, which was only released on the eve of the conference, finally appeared on the new iPad Pro.

The new iPad Pro replaces the original Lightning interface with a USB-C interface, and its transfer rate can reach USB 3.1 Gen 2 level, which is the first time the USB-C interface appears on iOS devices. Apple said that USB-C is a high-performance connection that will change the way you use the iPad in the future because the interface provides many functions, such as the ability to connect 4K or 5K displays, as well as devices such as cameras. You can also charge the USB Type-C enabled phones.”

It’s true that Apple is serious about promoting the USB-C interface, but since Apple released a USB-C version of the Apple Watch charger this month, most people generally believe that Apple intends to start preparing for a full transfer interface. Apple has promoted the USB-C interface on Mac computers. Now that the latest iPad Pro has finally been replaced with this interface, it is time to go to the iPhone. Does this mean that the 6-year-old Lightning interface is coming to an end?

The replacement of the iPad Pro with the USB-C interface marks a closer proximity to the universal interface.

Whether there is a plan for the iPhone to use the USB-C interface inside by the Apple, the new iPad Pro’s move has already marked the connectivity of Apple’s mobile devices. Although with the launch of this generation of iPad Pro, Apple’s official website has added some new USB-C converter accessories, the price is not cheap.

Since the MacBook or MacBook Pro are equipped with a USB-C interface, if you want to use the product in the Apple ecosystem, you need to buy a variety of converter accessories, including the iPhone and iPad. This will definitely bring unnecessary trouble to Apple’s diehard fans, and even after spending money, things will not be so good, because the MacBook goes out with a bunch of adapters or hub accessories, the portability is greatly reduced.

However, it is good that today’s USB-C interface products are more common than in previous years. Not only do smartphones turn a lot into the USB-C interface, but many related digital products are also beginning to adopt this interface, including commonly used headphones. This means that future USB-C related accessories will become cheaper and cheaper, especially for connecting cables. If the iPhone is actually replaced with a USB-C interface, it will be a joy.

Does Apple need to fully embrace the USB-C interface?

Does Apple really do this? It’s hard to say, but there are some reasons to do it. According to the standard of the USB Type-C interface announced in 2013, this interface not only supports faster speeds but also helps manufacturers to achieve thinner industrial designs, while having extremely powerful scalability, through USB Power Delivery technology. It can handle 20V 5A power supply, can transmit 100W, and can handle data transmission at up to 20Gbps.

Apple has always advertised that the iPad Pro will be the next computer, and the new product also claims “not a normal computer”, which is the necessity of the USB-C interface and is not possible with the current Lightning interface. Because the powerful performance of a computer is definitely necessary, Apple also emphasized this at the press conference, and Apple also mentioned “convenience”, so the USB-C interface that provides high transmission speed and high power transmission is undoubtedly in line with Apple. At least higher data transfer speeds for the design of “Pro” products are currently the key to Apple’s emphasis.

Apple directly stated that USB-C is a high-performance connection. John Ternus, vice president of hardware engineering at Apple, said at the press conference: “A high-performance computer should have high-performance connectivity, so the new iPad Pros will turn to the USB-C interface. This is the iPad Pro brings new features, such as accessories that change the way you use your iPad: camera, instrument, or even dock. Or connect to an external monitor with up to 5K resolution.”

Although USB-C on iPad Pro transfer rate is only USB 3.1 Gen 2 level, which is 10Gbps transmission speed. It also does not support external USB storage except the microSD card, but Apple thinks it is enough to help iPad Pro more like a computer. However, it is conceivable that with the auxiliary power supply USB-C hub, how to plug in external storage, display, gamepad, card reader, mixer, musical instrument, etc. in the future, then iPad Pro looks more like a workstation, isn’t it? 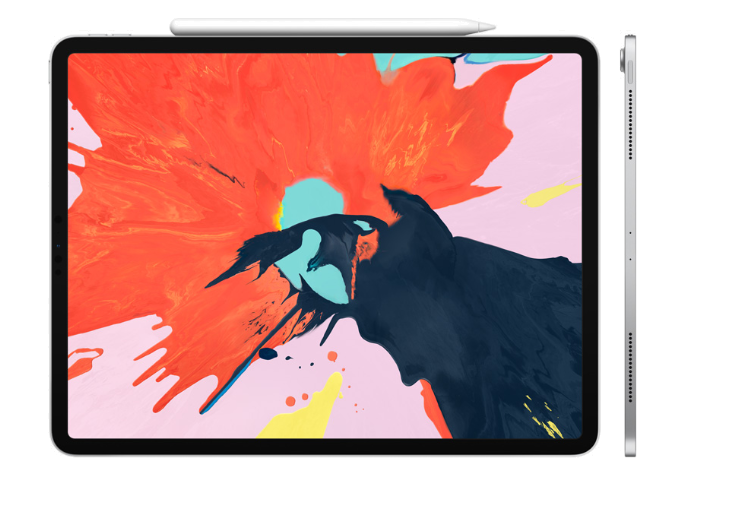 So what about the iPhone? In fact, the big ecological unification is what Apple has been doing all the time. As long as the device has better performance and functionality, Apple will use the new interface. Just like the previous change from the 30-pin interface to the Lightning interface, there was very little objection because the 30-pin interface was not so convenient and the experience was relatively poor. It is because the Lightning interface supports forward and reverse insertion, and the speed is faster, and there is no objection to the sound.


Now, the new USB-C interface experience has been further improved. Although it is not as small as Lightning, it has become the standard for connecting interfaces of a large number of devices. It supports reversible positive and negative insertion, and the whole industry is very hot. Related connection equipment and accessories have been on the market. So, chances of iPhone of getting are USB-C are significant. 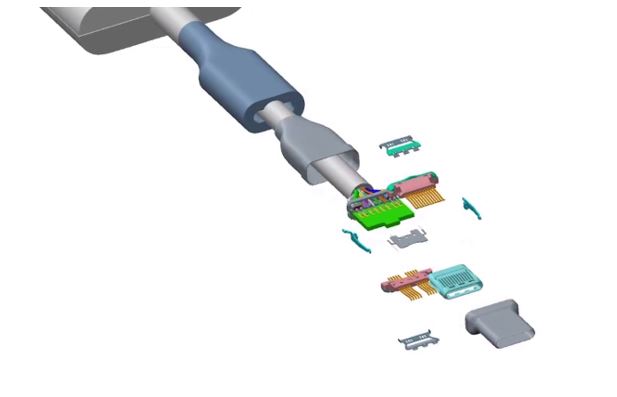 One of Apple’s own endorsements is that USB-C’s current speed can rise to the USB 3.1 Gen 2 standard, with better performance, more expandable features, and users can access the entire ecosystem without the need for patch cords. The connection, how convenient this is. In short, when all devices are USB-C interfaces, this will be a once and for all.

There have been rumors this year that in 2019 Apple will replace the iPhone’s Lightning with a USB-C interface. We only hope that this is a planned thing, not a rumor. For now, the USB-C interface on the iPhone not only makes charging easier and the fast charging is not a dream. anymore. Both MacBook and iPad Pro can charge the iPhone directly. In addition, the USB-C external sound card has been on the market.

USB-C may not appear on the iPhone so soon.

But then, using the USB-C interface on the iPhone may still be relatively stubborn for Apple. After all, Apple’s long-standing approach to sticking to a unique interface is essentially hoped to gain more control and to earn more profits through authorization. After all, the overall ecological ecology of the apple is so large that most third-party Mfi certified devices are sold more expensive.

From this perspective, Apple will continue to earn license fees but if they think to give the iPhone a USB-C interface, because the USB-C interface is an industry standard, completely outside the scope of Apple control; Apple may lose some part of its earning. And from the perspective of shipments, iPad Pro and iPhone are not a level, Apple may be thinking, less money to earn some parts of iPad Pro can also usher in the goodwill of senior professional users, why not? Unless Apple continues to add a unique MFi-certified chip to the USB-C cable, it won’t be too easy to give up.

In addition, Apple seems to be more inclined to the “wireless world”, and constantly promoting wireless headsets AirPods, Bluetooth keyboards and Bluetooth speakers are significant examples. A few years ago, Apple Design Director Jony I’ve publicly stated that Apple’s ultimate goal is to make the iPhone look like a piece of glass. At the same time, Apple has repeatedly expressed its ambition to “create a wireless future,” so at some point in the future, the iPhone may even remove most of the interfaces and buttons. If so, Apple does not have to go through the USB-C transition phase.


Fully embracing the USB-C interface is definitely a meaningful thing.

In any case, although Apple still insists on profitability as the company’s biggest goal; the company’s responsibility for the environment is something that Apple has been emphasizing, and every conference in recent years. After the new product debut, an environmental report will be released. For the iPad Pro, Apple confirmed that it provides arsenic-free display glass, mercury-free LED-backlit display, no brominated flame retardant (BFR), no polyvinyl chloride (PVC). It contains bismuth and is a recycled aluminum metal body, and its packaging material is also from recycled materials.

That is to say, while Apple is profitable, it is constantly moving towards the goal of environmental protection priority. It is hoped that the materials used in each component of the product can be safely recycled. This kind of move is a big company’s advertised. However, in the “interface” thing, Apple is not doing so environment-friendly. After the iPhone was switched from the 30-pin interface to the Lightning interface, the related accessories of the ancient interface became electronic waste overnight. At least the old iPhone was no longer reserved and replaced directly with the new interface iPhone. The accessories that still provide the 30-pin interface became Garbage.

Obviously, this kind of a waste of more materials and encourages third parties to create more electronic components is inconsistent with Apple’s own environmental responsibility goals. Because no matter where the garbage dump is, we can always see a large number of discarded consumer electronics products, among which there are many accessories related to Apple’s exclusive interface. If an accessory can’t continue to be used by other devices, or it’s not universal, it’s almost a waste of resources.

Many people will take Apple to give up the headset interface, thinking that this way of forcing consumers to buy wireless headphones is also a waste of resources. In fact, this is not the same as the exclusive interface, because the wired headset is universal, can be used for other devices or for friends and family, and will not be directly discarded as garbage. Therefore, although Apple is stubborn, this time it is a good thing to give up the exclusive Lightning interface on the iPad Pro. 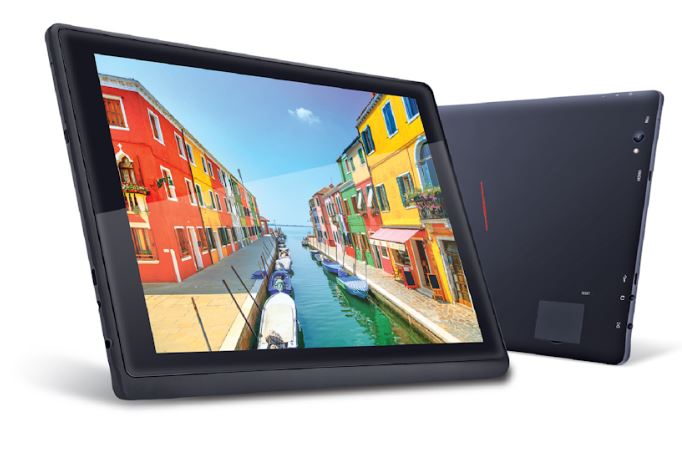 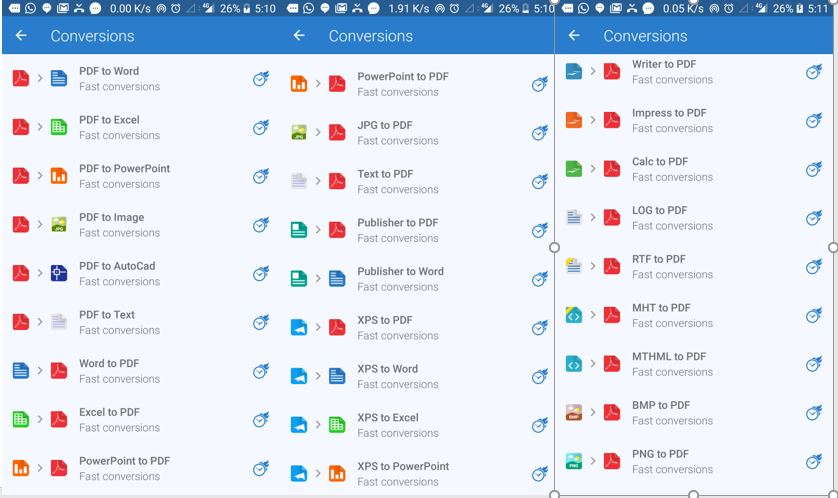