When you are just about to start with tomorrow’s assignment you are suddenly greeted with a pop-up to update your software to continue. The situation becomes annoying when you just want to complete your assignment as fast as possible and take some rest or enjoy your free time. Depending upon the specific application that you are using, you can delay the software update operation. However, in the worst case, you have no other option but to update the software to keep using it. This is not the case with just application software, as the same is also true for system software like Windows and also several device drivers like display drivers, sound drivers, network card drivers, etc.

If the option is there, it is intriguing to delay the software update by clicking on ‘Not now’ or ‘Update later’, but that is not a good way of using your computer or the specific software in the long run. You will eventually have to update your software either sooner or later. So, today I will talk about the reasons you should update your software, which includes all types of software like system software or the operating system, application software, and your device driver software. I will talk about the situations when you should avoid updating your software at the end of the story.

So, without any further delay, let’s get started with why you should always keep the software on your system updated. 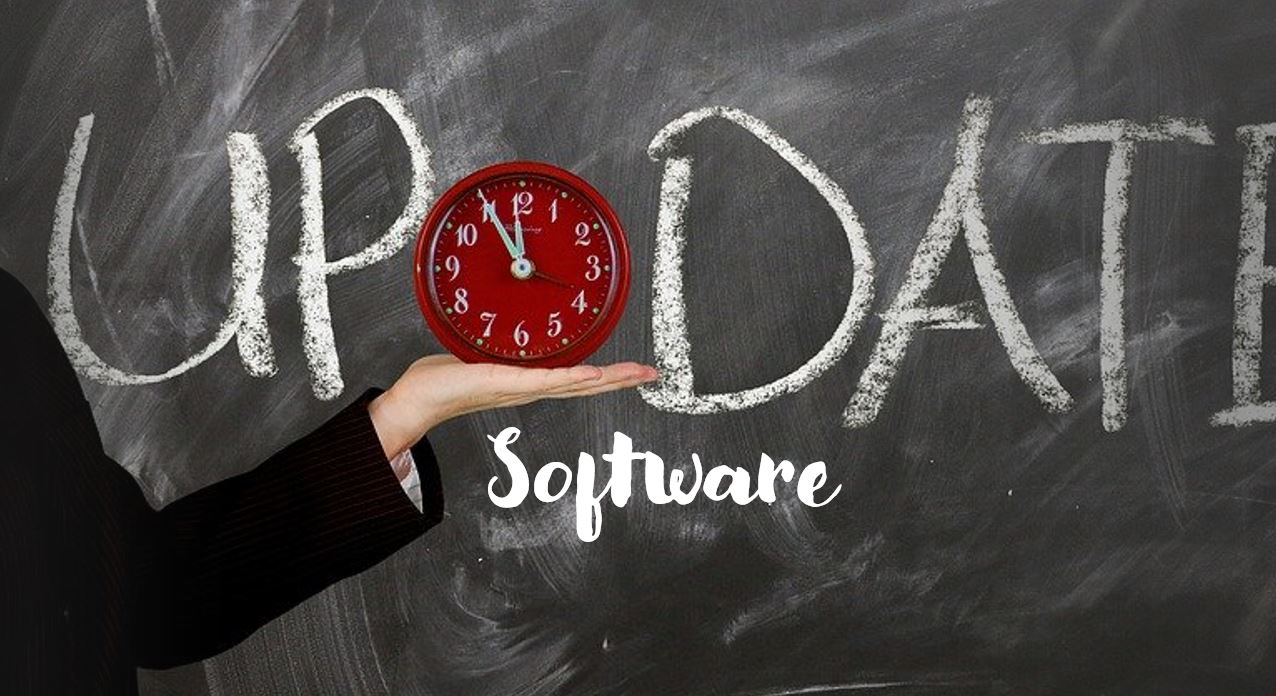 Just like most people hate bugs in everyday life, whenever some new program is developed by the developers, it is not free from problems. To err is human, and thus, the perfect software or program is beyond development. These problems are called bugs, and they can be both big and small. Bugs in a program prevent the program from doing some sort of work and depending upon the size of the bug, the program can be completely useless in certain situations or at all. This is the problem with almost all types of programs out there. Even if you can’t find a bug in a program that you use regularly, it doesn’t mean, the program is free from bugs. It’s just that you failed to discover one.

With the help of subsequent software updates, those bugs are fixed by the developers, so that you can keep using the software peacefully. When you update your software, the old bugs are fixed, but new bugs arrive and that’s why you again need to update your software when the next version is released. So it is a continuous process. If certain bugs are detected by the users, most users report that to the developers and if the developers find the bugs themselves they will try to fix them and the new bugs in the new version of the software will again be fixed in the next update. This is the reason why you often find the term ‘Bug fixes‘ in the list of changes or the changelog when you attempt updating your software.

Security issues and vulnerabilities are resolved

We all frequently come across disturbing news of data leaks and data breaches that take place around the world in different companies. These data breaches are carried out by finding out vulnerabilities in several programs that are exploited by the hackers to get access to a system or network on which the software is present. It doesn’t matter whether you are the owner of a company or an individual, as data breaches can always be frustrating and it is again something that can be fixed with subsequent software updates.

Several security firms analyze popular programs from time to time and certain users and enthusiasts also do the same to find out vulnerabilities in a program that are hence reported to the developers. After that, a new software version is released that is free from the old vulnerabilities, however, with time new vulnerabilities are again discovered, which are against fixed in the newer versions of the same software. Several vulnerabilities are discovered at the hardware level and most of them can also be bypassed by updating the software or by writing new code. All of these require modification of the software and that’s when software updates become mandatory.

Just like application software and operating systems, driver updates are also quite common, and you should update your drivers, once they are released. As your operating system goes through several stages of upgrades, new features are added, and if there are some changes in the underlying codes of the operating system, you might need to upgrade your drivers too, to seamlessly use the hardware on your computer running the updated version of the operating system. Furthermore, just like software, hardware components also have problems that can be fixed using driver updates. It doesn’t matter whether there are any visible problems with your current hardware as new driver updates will bring performance improvements if there aren’t any visible problems that require some modifications.

No matter whether you are using some free software or a paid one, new features are added to that software from time to time to keep the software ahead of time and also to keep the competitors at bay. As several applications on our computer in offline mode, the only way to add new features to the programs is to update them at the developer’s end and then push an update to the software that we are using.

So these are the reasons why you should update your software regularly.

But that doesn’t mean you should update your software immediately after a new version is released or switch to the major upgrades as soon as they are available. There are several reasons why you should delay the process of updating your programs and I will talk about those situations in a moment here.

Even though most users will urge you to update your software to the latest version as soon as they are available, I will not recommend you to do so. For example, if you are using Windows 10, the problems and the bugs in the major versions of Windows break things on a class of systems and that becomes a headline the next day. So, if you depend on certain programs for your daily requirements, and such programs start misbehaving after every major update, it can be a frustrating situation. Just wait before the bugs are fixed before updating your software. I don’t want to defame Windows 10 and its major updates in any way, as many such programs don’t play properly with all systems after a major upgrade.

Don’t update at the last hour

The latest major edition is not always important

Unless you need the latest features from software, there is no particular need to upgrade to the latest major version of the software. The only catch is, the present version should still be supported by the developer. What I mean is, if you have been using Windows 7 for long, the support for which has ended in January 2020, you should upgrade to either Windows 8.1 or Windows 10, as both the editions are still supported by Microsoft. If you are using Windows 8.1, however, there is no hurry to upgrade to Windows 10, as Windows 8.1 is still getting support from the developer, i.e. Microsoft. In several cases, upgrading to a new version of software altogether can break compatibility with old files, and your system with the current hardware might not properly support the new version of the program. In short, it can break things, and you might not want to do the upgrade without proper planning. But you should, one day, get the major upgrade as the current version of the software will stop getting updates one day, and it will be risky to keep using the software. It is like living in a house made of plastic locks in a town filled with bad guys.

So, you should update your software regularly to keep away hassles. Yes, there are situations, when you should postpone the update, but you should never be late in updating your software as that might make you suffer in the long run. Day by day, it is becoming easier to update most software through software stores like Google Play Store on Android, and Microsoft Store on Windows computers, only for Microsoft Store apps. Alternatively, you can also download Windows programs from other channels like Chocolatey that offers hassle-free installation and updating of programs.

So, those were the reasons, you should update your software regularly. Do you have any questions? Feel free to comment on the same below.

What is Blockchain and the Top 3 Cryptocurrencies Along in 2020