Downloading YouTube Videos on Ubuntu Linux is not that much difficult as it appears. Lots of newbies think that Windows is the only platform to download online Youtube videos due to the availability of tons of free YouTube downloader software for it. However, after going through this article their opinion would be changed forever because not only normal videos but 4K videos can be downloaded on the Linux platforms as easy as on Windows.

Downloading YouTube videos is illegal according to the YouTube terms and conditions, especially for the commercial purpose, nevertheless, I don’t think YouTube guys will feel bad if someone is downloading the videos for a personal or informational purpose such as students can download the tutorial videos from the YouTube to watch and study them offline.

Also, these Youtube downloaders for Ubuntu can work on other Linux based OS such as Linux Mint, Deepin, Debian, Fedora and more.

The 4K Video Downloader is a free Youtube Video downloader in 4K resolution if the video is available in it. Beside 4K it can also download other available resolutions of the videos such as HD 1080p, HD 720p, and 8K resolution. It not only supports YouTube, even other popular video websites too such as Vimeo, SoundCloud, Flickr, Facebook and DailyMotion, Tumblr including YouTube Gaming. Besides the Videos, the 4K Downloader can also download the Audio from the above-mentioned websites.

Furthermore, the 4K video downloader Ubuntu (supports other Ubuntu-based Linux Distros too) can grab the videos those are in 3D format or those are created in 360-degree formats. In addition, it has a smart mode feature that user could use to set preferable settings for their upcoming downloads; this free Ubuntu online video downloading software comes with proxy server option which can configure to download blocked videos in your vicinity.

The best part of this free online video downloader, it also available for MacOS and Windows.

See: How to install the 4K video downloader on Ubuntu 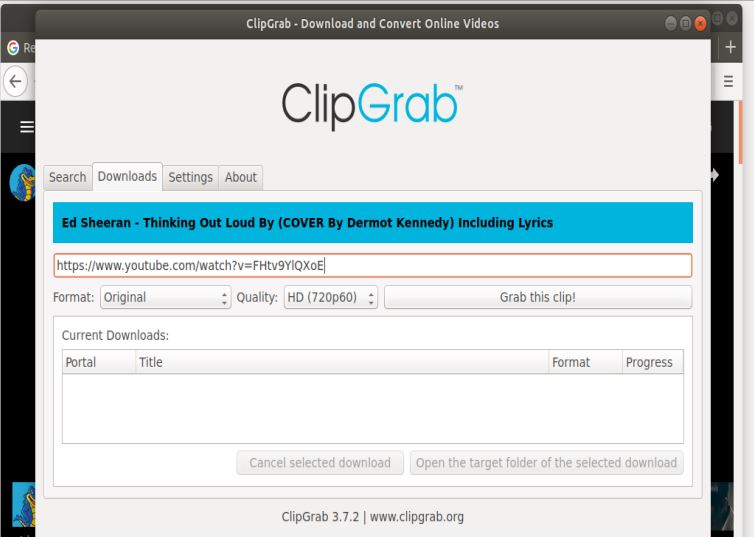 For ClipGrab Ubuntu/Linux downloader, I would like to say, it is easy to use, snappy command line installation, grab not only YouTube Videos but also from Facebook, Vimeo, Dailymotion and lots of other sites. The user just needs to copy the video URL and paste it in the Clipgrab GUI interface then click on the Grab this Clip! button and rest of the work will handle by the ClipGrab. This free Youtube downloader available for Windows, MacOS, and Linux. And supports all popular video & audio formats such as MPEG4, MP3, WMV, FLV, WebM, OGG Vorbis & OGG Theora.

See: How to install ClipGRab on Ubuntu

Most of the Linux users have shifted to it either to learn command line or because of open source. What so ever, the command line operation of the Linux operating systems like Ubuntu is the heart of them. And if you like to do most of the operations in Ubuntu or Linux Mint via command then you definitely need a tool that can download the YouTube videos using the command terminal. It not only can download the videos from YouTube but also from other resources like Facebook. The user just needs to mention the URL of the video with command. It supports the downloading of audio files including the capability of grabbing complete series or list of videos and 4K  content from YouTube.

See: How to install YouTube-Dll on Ubuntu and use it. 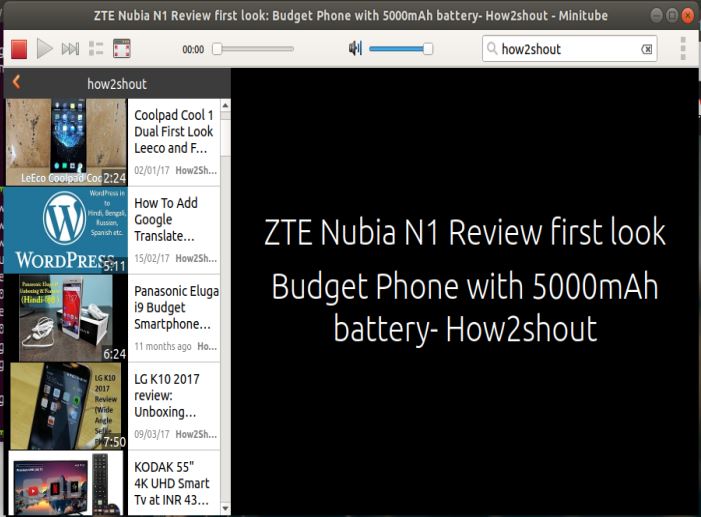 The MiniTube is not the YouTube downloader but you can use it in that way if you want. The reason it is here because it is more than just a Youtube video downloader, it works as software that can stream all the Youtube videos directly on your Ubuntu or Linux Mint interface and you can search and browse any Youtube video through it.

How to install Youtube-dl on Linux and MacOS