What is a Code editor: It is a text editing tool where developers can write, edit, and save code documents. It includes capabilities that aid in the authoring and editing of code. Auto-completion is one of them (or code completion).

The code editor emphasizes special keywords, provides suggestions to some extent, automatic indentation features, and occasionally has an integrated terminal as well, depending on the language used to code.

An editor belongs in a developer’s toolbox in the same way that a paintbrush belongs in a painter’s. Choosing the correct code editor, on the other hand, can be easier said than done. Because complicated IDEs (Integrated Development Environments) are frequently overburdened for minor tasks, simple text editors, on the other hand, have insufficient power.

Consider which functions are most important to you in person or which you require, and which jobs the editor should perform for you. Searching for class names or files, automatic code formatting, or moving lines and blocks are all examples of this.

You can work and program more efficiently if you use the right code editor. Furthermore, many editors in the UX and UI fields can be customized to make everyday use – which can often run for hours – as pleasant as possible. And based upon the nomination of the favorite editors and would like to introduce you to the four winners.

Here, we see the most popular code editors and present you with the top four, along with their benefits.

4 of the Best Code Editors to Use

Phpstorm is a PHP IDE developed by JetBrains, a Czech software firm that specializes in IDEs. The editor excels with an overabundance of out-of-the-box features. This features refactoring, intelligent code, and syntax highlighting, PHPUnit support, version control tools, and a variety of options for automatic code development. What’s more, all commonly used languages are supported, including Javascript, Coffeescript, HTML / XHTML, SQL, and PHP. The editor truly understands your code and its structure, supporting all PHP language features for both current and legacy projects. It offers the best code completion, refactoring, on-the-fly mistake prevention, and other features.

Because of the integration of Version Control Systems, support for remote deployment, databases/SQL, command-line tools, Docker, Composer, REST Client, and many more technologies, you can perform many everyday operations directly from the IDE.

Hundreds of inspections check your code as you type and analyze the entire project. PHPDoc support, a code (re)arranger and formatter, quick fixes, and other tools assist you in writing clean, maintainable code.

The product is also constantly being improved, and it supports all common frameworks via an excess of extensions. Almost any setting can be changed at any time. 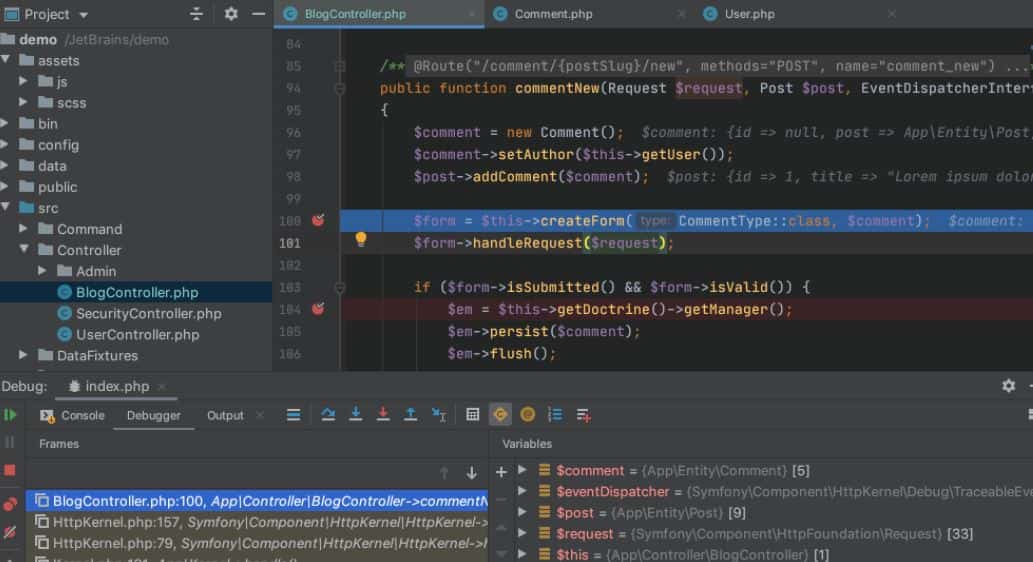 Microsoft’s Visual Studio Code is a free open source offshoot of its Visual Studio development environment. The unique feature is that it is available natively for Windows, Linux, and macOS X, allowing the program code to be optimized largely independently of the operating system.

Visual Studio Code works on files and folders level. The editor is appropriate for debugging and developing cloud and web applications, and it supports over 30 programming languages, including C #, C ++, PHP, Java, and HTML. When editing complex code, features like syntax highlighting, bracket matching, and Intellisense provide a better overview.

Microsoft provides developers with Visual Studio Code, a modern tool that allows them to collaborate on projects across platforms. The software is always up to date thanks to the inbuilt update feature, so the user does not have to bother about manual upgrades. 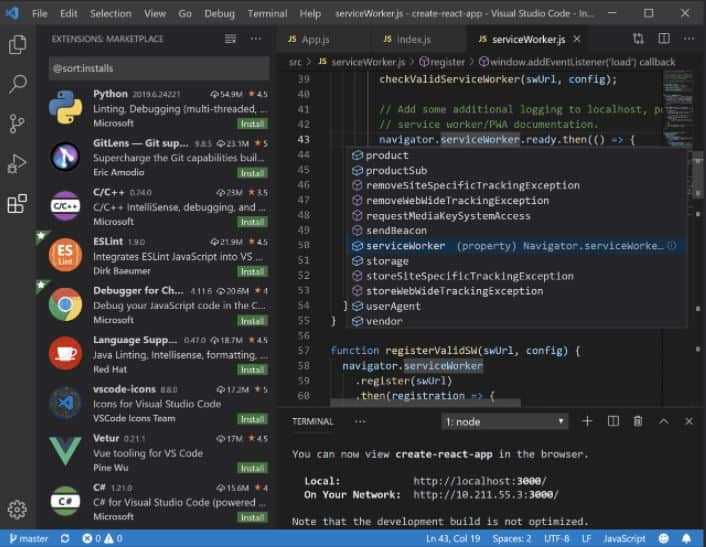 Sublime Text has long been regarded as one of the most popular editors. The reason for this could be because of the speed. After installation, there aren’t many manual settings needed to get started. It is quick and easy to use. Sublime’s feature set also leaves a lot to be desired. Plugins such as Autosave, for example, have long been standard. Sublime Text also allows you to use numerous cursors and a code minimap. You can also mark many lines or code places and edit them all at once. Proper syntax highlighting is required to write code competently, and this is one of the Sublime Text’s strengths.

Since the most recent update, the editor has now gained a sleek interface.

It is free to download and use, but a popup reminds users to purchase Sublime. As a result, it is a paid, proprietary software.

The Atom editor on Github is an intriguing project. The editor was built with Web technologies and is based on Node.js. After installing Atom, a lot of useful packages are already obtainable. Developers can collaborate on code using the Atom extension Teletype. In this way, the Github editor also allows inaccessible teams to pair programs. 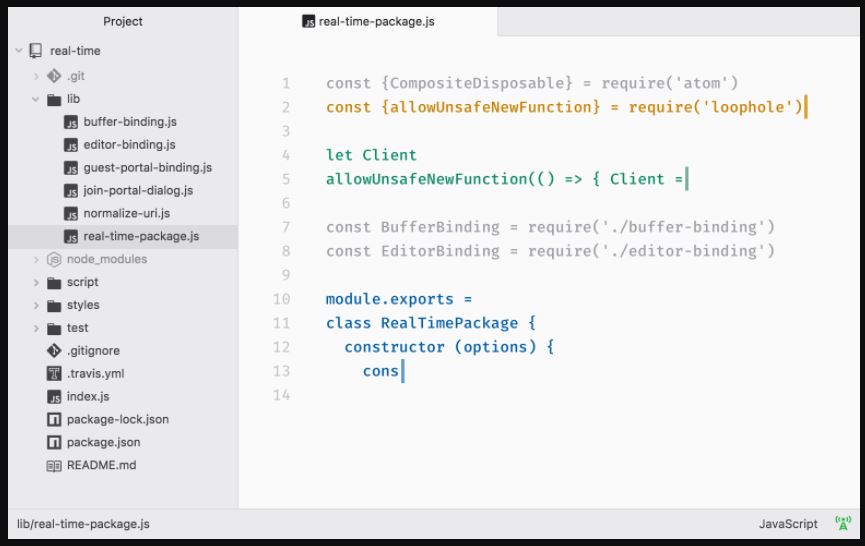 PORT 445: What is the use and how to disable this TCP port

1 thought on “4 Most Popular Code Editors for developers ”