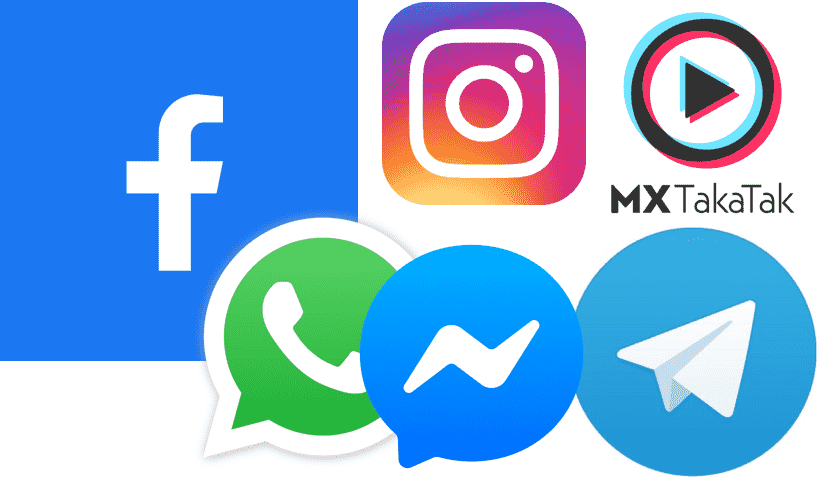 This app needs no separate introduction, as it still remains one of the most popular such apps, despite being banned in some of the countries. It has witnessed the highest downloads this year and remained the ultimate source of entertainment for many folks. It has given many new talents to the entertainment industry worldwide, though a lot of people have misused it, it still remains one of the most sought out social media apps out there.

In countries like India, right from the moment, Tiktok was banned, all the audience shifted to this tool, and the new feature of ‘Reels’ just added fuel to the fire. This TikTok-like feature of Instagram allows users to make short videos just like Tiktok and then shoot themselves to fame. Besides this, it also enables people to follow their relatives, friends, famous personalities, and so on this very social media app. You can share your precious moments with the world here and also follow what others share.

It is one of the best social media apps, as it was responsible for giving the ultimate boost to the social media industry. It allows you to connect and make friends with the people you know and also with strangers across the world. You can also follow all your favorite celebrities on this very platform and remain closer to them. Furthermore, you can chat with all your friends, make audio and video calls and also start a live video here.

It is one of the most trending apps in the social media world. It can be regarded as a substitute for the popular WhatsApp app. One can chat, share files, form groups with multiple people, and so on just like WhatsApp. But wait, what makes this app unique? Well, the answer is that it is far more safe and secure than most other such apps, it is end-to-end encrypted and protected with good technology.

It is the official ‘chatting’ app of Facebook. A lot of people who happen to be on Facebook also use this app. One can easily send and receive messages from all his/her Facebook friends on this very platform and also place and receive audio and video calls. One can share multiple files, sound notes, emojis, and much more here.

It is a popular Indian substitute for Tik Tok. One can make and share his/her short videos with the world here. This app has seen a huge surge in downloads, all thanks to the ban of TikTok in India, a lot of entertainers have shifted to this platform. You can either share your talent with the world or entertain yourself by watching random entertainment videos of various artists.

A social media app is a tool that lets you connect with different people across the world. People can share their feelings, emotions, the current state of mood in the form of pictures, videos, statuses, and much more.

All these apps are completely free to download and use.

No, you only need a good Internet connection to perform all these activities.

It varies from user to user, and after going through this article and using some of the given apps, you will definitely have your answer.