Most of the computer users are habituated with using BitTorrent or uTorrent to download files like Movies, Videos, Games, Software etc. Most of the time torrent is being considered as the most used tool for digital piracy. But there are very few people who know that this popular file-sharing protocol is actually the greatest tool for sharing your own stuff like a video recording of an occasion or huge no of photos and all with your family, friends and even with the world at biggest. Go through this article to learn how you can create your own Torrent file and share it with your friends so anyone anywhere in the world can download the files from your computer.

It is already proven that the peer-to-peer file sharing is one of the most popular technique to share files with anyone while staying safe and anonymous is also possible while sharing the file. For some new users, the techniques may seem to be confusing at the start. But from the huge popularity of BitTorrent sites, it can be easily said that people like the quality and ease of this well-known method for file-sharing. Torrents are very useful especially for sharing large files (the files which will not able to be sent with an email or files which will take huge time to be uploaded on the cloud) with family and friends. In some statistics, it has been said that the cumulative traffic of BitTorrent users for over 40% of all internet traffic.

On this Page show
How a does Torrent client work?
Download Torrent application
Creating Own Torrent and share with friends

How a does Torrent client work?

Remember, though there are many common misconceptions out there among people, BitTorrent, uTorrent can be used to share files legally without any problem of piracy-related penalization, no matter from which country you are logging in. Until you are not sharing any file which is copyrighted by someone else, there is not going to be any problem. There are many organizations who share their large-sized official data bunches with the help of the torrent method. So, no stress of getting penalized, be assured of that.

Now if you are a new user and do not even have the uTorrent client or BitTorrent client app installed on your pc then you have to install it first. You can easily download this client apps for free just by searching it on google. Download the file and execute it to install the file. After installation, you should first explore the app to gain some knowledge on how it works, to do that you can try some YouTube videos and also you can try to download some movies over the internet to understand it fully. There will some more advanced options other than just downloading files, like scheduling of different downloading tasks and etc.

The BitTorrent was designed and released by Developer Bram Cohen back in 2001. At that point of time, there was only one torrent application at the market, so they aptly named it BitTorrent. BitTorrent was much different from the previously available peer-to-peer sharing programs, as it used to utilize the bandwidth more efficiently while discouraging leechers are also allowed with full access. “Leecher” is the user who downloads a file via BitTorrent, but does not allow uploads from hos pc. Which limits the other users from downloading the file easily, hence the download speed decreases.

What actually happens when a user opens up any torrent in a BitTorrent client app, the program automatically finds many other users who have a part of the file or the whole file the user is trying to download. This task is done by a software tool called Trackers. Then the BitTorrent client will start the download from multiple users ends and in different pieces of the same, which in turn improvs the overall downloading speed of distribution greatly. While the people who are sharing the whole file are called “Seeders.” So, while downloading a file it is optimal to choose the torrent with highest no. of seeders and low no. of leechers.

To create own torrent for own files, the user will be needing a basic torrent client application to get started with the right path. Windows PC users majorly use the torrent program called “uTorrent”, while in Mac pc an app called “Transmission” is used. The app Transmission is also used in some of Linux based pc also. There is a miniature version with limited features of uTorrent is available for Mac now. While other Linux users can try “Azureus” or “KTorrent” from the app library. If you are still confused about which to use either start with uTorrent directly or try to read some articles about best uTorrent alternative clients app on the internet.

Here we are using the BitTorrent application to create and share the Torrent files with friends… You can use the uTorrent too.

Creating a torrent for your own is a pretty simple task. The user needs to have a torrent program to create and share any personal files he desires. No special tools or app is needed for this job. 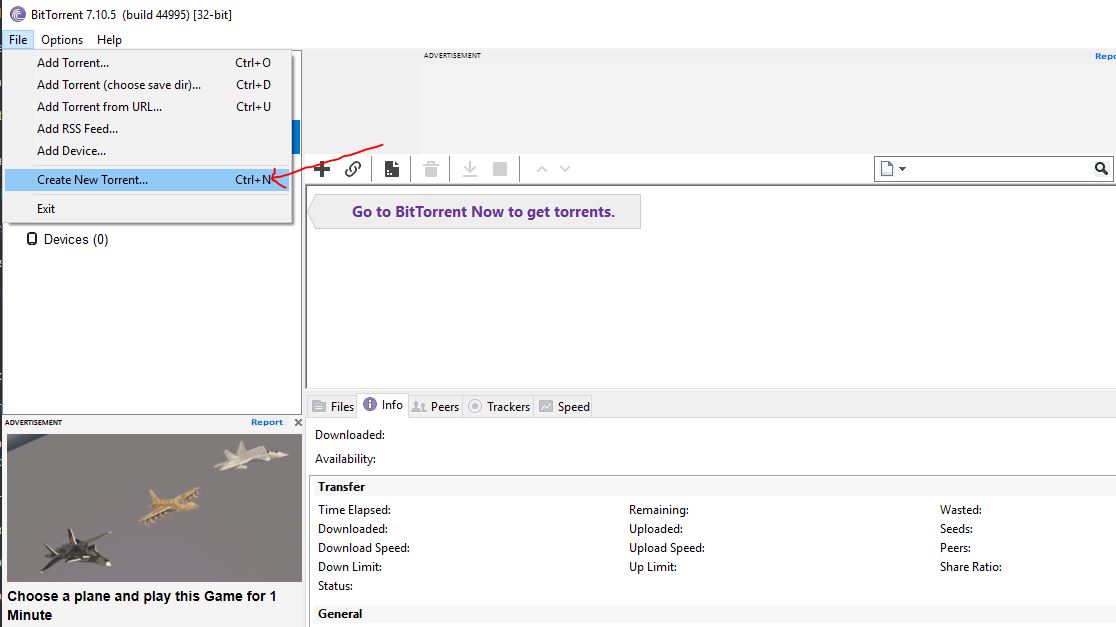 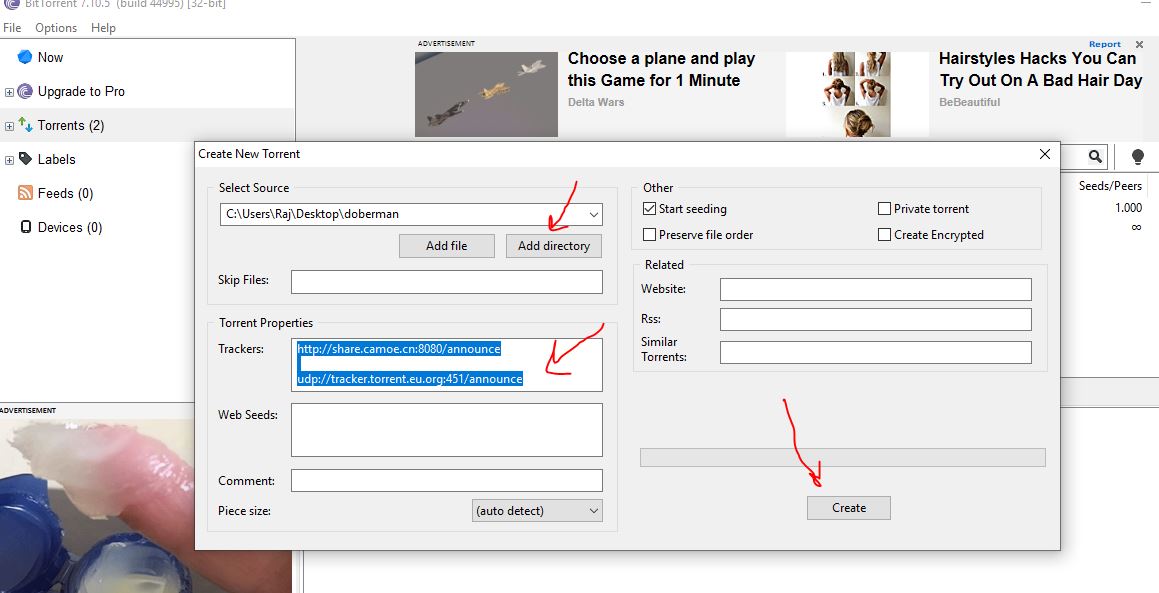 Internet of Things challenges for the construction industry

The legality of using Torrent sites in India

How to run uTorrent without installing using portable app?