In what can be called one of the most significant reorganizations in the structure of the broadest social media platform on the world wide web, Facebook, three new divisions were created, and the leadership was reshuffled on last Tuesday. 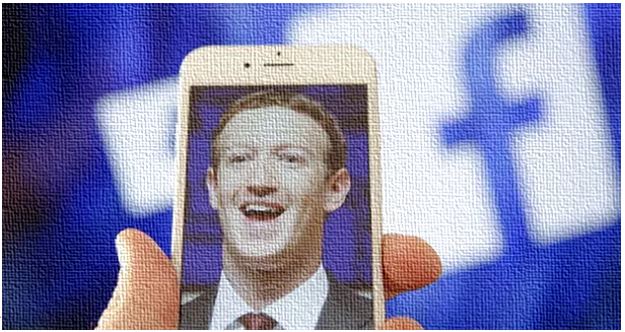 This significant action was taken after the directions by the chief executive of the organisation, Mark Zuckerberg. Facebook has undergone an extended period of growth. It was on a rapid rise till the scam of Cambridge Analytica tarnished its hard-earned image. It has been sprawling its web and expanding its base with each passing day. In such a scenario, to ensure the healthy functioning of the company it becomes crucial to have a look at the organisation of the top order and reshuffle them accordingly. The efficient reshuffling is essential to streamline the company.

Another reason that might have accelerated this process can be the accusations made on Facebook, its recent failures and the downward spiralling growth rate. People are leaving the platform, and this must have made Zuckerberg anxious. Facebook was majorly criticised for failing to secure the privacy of individuals. The data scam by the political harvesting firm, Cambridge Analytica is a huge black spot on the track record of Facebook. Mark Zuckerberg, however, still has immense faith in the top leadership of the organisation. He is adamant o not bring any changes in the senior leadership. All noticeable changes shall take place at the lower level. On the same lines, the employees of the company were updated about the changes through an internal memo on this Tuesday.

Facebook, which was born in the dorm room of Mark Zuckerberg in 2004, has grown at a rapid pace since then. It has achieved the best successful deals in the sphere and has expanded its user base unbelievably. Its most recent achievement was the successful deal the acquisition of the messaging service, WhatsApp, for $19 billion in 2014. Till now, despite its significant success Facebook has continued to grant substantial autonomy to many of its components.
However, the recent cards that Facebook has revealed plan to turn the situation. It plans to reorganise the product and organising team under three new categories. It plans to group its most significant money-making services and separate them from the group of its moonshot technologies.

As you can notice in this grouping, one group will see the key products of Facebook which include the platform itself as well as Instagram and WhatsApp. The services in this group make the most revenue for Facebook. Nowadays, nobody wants to lag behind when it comes to the emerging technologies. Even Microsoft Build 2018 had something to say about AI. Can Facebook afford to stay behind? Hence, it has reorganised itself in such a way that there is a group solely devoted to the emerging technologies like virtual reality and Artificial Intelligence. Now, comes the last group. It will finally look after the ads, personnel, security and growth.

The Chief Product Officer of Facebook is Chris Cox. All the key products of Facebook shall be run under his aegis. The emerging Technogym sector which includes Artificial Intelligence and Virtual Reality will be handled proficiently by Mike Schroepfer. The third and the last group looking after the growth will be handled efficiently by Javier Olivan, the Vice President of Growth.

Chris Daniels was earlier handed over the vital charge of bringing new people online by maintaining the free an affordable version of Facebook, Internet.org. He is now the head of the leading messaging service, WhatsApp.
As stated earlier, Mark Zuckerberg has a firm stand when it comes to the top order. His role as well as that of the company’s Chief Operating Officer, Sheryl Sandberg shall remain unchanged. Moreover, all care was taken to keep Ms. Sandberg’s team unaffected by the reshuffling.

Facebook also has new stars on board. Jeffery Zients, the former director of the National Economic Council under the former President, Barack Obama, has now become a part of Facebook. He has been given a warm welcome as a new board member.

If you can recall, Google as an initiative to keep its functioning nimble had also undertaken a similar overhaul back in 2015. Google had divided its core online advertising business from the rest and at the same time held the entire organisation together under the parent name of Alphabet. The recent changes in Facebook seem to be inspired by the same.

There is vast public rage against the organisation. It has failed to uphold the trust and faith of people. This situation has only led to complicating its reshuffling efforts. Facebook in public custody and questions are being raised about its role in spreading misinformation and allowing the Russians spies to lure the American voters during the 2016 Presidential elections. The last straw was when the New York Times and the Observer of London unveiled how Facebook was involved in the data breach by the Cambridge Analytica. Post that incident, the reputation of the entire organisation crumbled down like a stack of dominos.

When an organisation goes through such difficult times, clashes are bound to happen in the top order. There are agonising internal disagreements, and a few members do plan to walk out amidst the turmoil. Reports suggest that the Chief Security Officer, Alex Stamos plans to leave Facebook and so does the founder of WhatsApp, Jan Koum.
This internal dissent has played a prominent role in heightening Zuckerberg’s anxiousness and in turn, hastened the process of reorganisation. He has been trying his best to make the company move forward and overcome this massive hurdle in its way by hook or by crook. The evidence of the same can be vividly seen in his public appearances like at the F8 last week where he said that it was pertinent to build the company in meaningful ways. Let’s see what impact these changes have in lifting up Facebook from this crisis.

Streaming your gameplay is one of the best ways...
Read more
How To

We come across different types of links while we...
Read more
Technology

A social networking site is a platform where we...
Read more
Tools

From the videos of beautiful pets to...
Read more