This is not the first time Google is developing something quietly. Recently, we got a news that the Google is planning to display device comparison chart in its search feeds and now they are working to develop a smart file manager. The Google has accidentally published its beta stage file manager app called Files Go. It was there on the Google Play store long enough that somebody has downloaded & uploaded it on Mediafire.

But for you, we have downloaded the Google’s Files Go File manager app and will show you its interface and features. We have installed the Files Go app on the Android-running OnePlus 5 smartphone using the mirror link given above in this article.

After installing the app the first thing which we have seen is it ask to accept the Google’s testing agreement for the Files Go app. 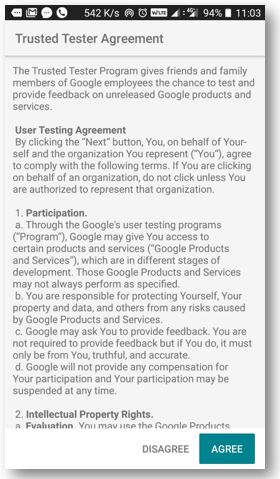 Once we tap the Agree button, we got an intuitive interface which shows the total space we have used from our phone’s storage.  The Files Go has the card-based interface which suggests at which section you can clean up your files to free up the storage.

The different cards with options it shows are:

You can see the given screenshots: 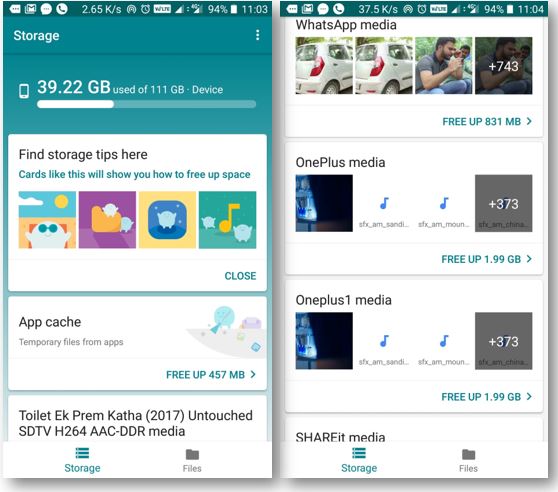 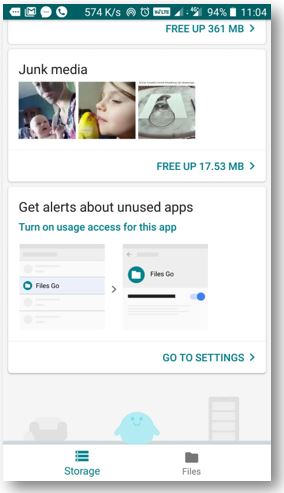 Under its settings, the app allows to setup Low storage reminder. alerts for unused apps– which have not been used for more than 30 days, alerts for downloading files and large media folders. 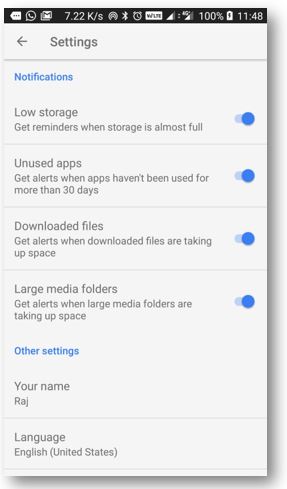 If you swipe right, there are a couple of other options to manage the files. Where, it segregates files in different sections such Downloads, Received files, Images, Videos, Audios, and Documents. One more interesting feature,  we have found on this app is it can transfers the files directly using the Bluetooth or Hotspot just like share it, Xender, and other file-sharing applications. 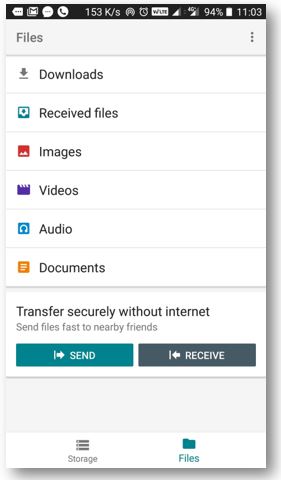 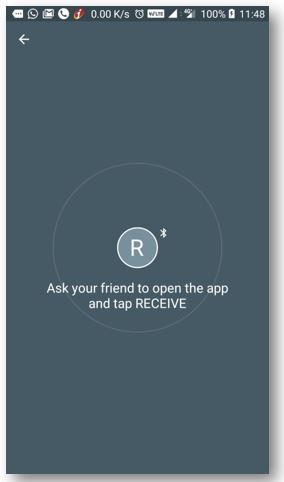 The Files Go app is still in its beta stage and if you wanna test it you can also download it via using the link given at the beginning of the article. In our short usage period, this beta app works fine but still there are couple options are missing such as copy/pasting or unzipping. The Google’s FileGo seems to be a basic file management app that can provide smart suggestions and allows file transfer over Bluetooth or Hotspot.  Maybe in upcoming Google updates, you will see this application as stock Andriod app.