Vivaldi, one of the popular browsers is based on Chromium kit just like Google’s Chrome. It works quickly and reliably and is compatible with all current web standards. But while Chrome only offers a handful of commands for clicking and a text box, Vivaldi has two boxes and lots of buttons.

But wait! here we are not about to discuss exactly the features of Vivaldi but instead a move by open-source Manjaro Linux developers. Recently, they have announced that one of Manjaro’s popular editions, Cinnamon will now out of the box features “Vivaldi” as its default browser.

Although, because of Arch-based Linux distribution- Manjaro supports multiple repos, we can install Vivaldi on any Manjaro edition easily, however, Cinnamon users will have Vivaldi browser without performing any further installation.

Vivaldi – available on Windows, Mac, and Linux computers, as well as on Android devices – gives users the freedom and flexibility to browse exactly the way they want, keeping their privacy first.

It is readily available in most Linux distributions including Linux-based ARM devices, including the Raspberry Pi, and is simple and quick to install.

To know a little more about – Why Manjaro has switched to Firefox in Cinnamon? We got a chance to know the views of Manjaro’s Co-CEO Bernhard Landauer on this...

Why did Manjaro plan to replace Firefox with Vivaldi?

For me maybe the most important aspect of the Linux philosophy is variety and freedom of choice for the user and in that spirit, I would never attempt to tell anyone which application they are supposed to use or not.

Manjaro in particular offers may be the easiest way to directly install literally almost every piece of software in existence. In addition to our own repositories, our package manager gives you direct access to the Arch User Repository and even Flatpacks, Snaps, and App images.

All our editions are available in both a blank ‘minimal’ version with just a bare desktop and no applications at all. Then there are the ‘full’ editions aiming to deliver a system ready-to-go for everyday use with an assortment of applications you will typically need.

During installation, we also offer an ‘application utility where you can add or remove alternatives in several categories to your liking.

So the selection of pre-installed software that you see in a live environment is basically merely a suggestion and it can be something that everybody typically uses already anyway, or sometimes it can also be a good opportunity to introduce something less known to the crowd.

With so many alternatives available for every task and particularly new users sometimes being quite overwhelmed with too many choices, it’s a little bit like when you tell your buddy “Hey, have you seen this, yet? I have been using it for a while now and it’s really cool! Let me show it to you!”

My intention with using Vivaldi as the default browser in the Cinnamon Edition is a little bit like that.

Isn’t it going to hurt the community, those who prefer to use open-source licensed software?

As we know Chromium is distributed under an open-source license and whatever changes we have made is to support our UI layer and features. We also publish all our C++ feature backend code as if it were part of the Chromium changes. This makes our internal process easier because it lets us build everything – Chromium and our C++ code – in one library.

Furthermore, the Vivaldi browser’s open-source code is available on our website. The changes are published under an open-source BSD license. Details are explained in the README and LICENSE files within the package.

​Vivaldi also contains third-party code. Licenses for this can be found in the source package and in the installed browser by navigating to vivaldi://credits.

All the editions of Manjaro will have Vivaldi as the default browser in the future or only the Cinnamon one.

I think Vivaldi is a really great browser and I also think that not enough people know about it or have actually tried it out. It was by the way great to see how we were able to customize the theming to exactly match the Manjaro Cinnamon desktop style and I am already experimenting with customizations also on other desktops. So yeah, it can easily happen that I will be tempted to show off such integration in other editions as well in the near future. At least I think it will be nice to be able to ship an assortment of Manjaro specific themes or setups with our Vivaldi package as we go along.

As for Manjaro in general and the flagship editions, our strategy in the future might be more a choose-during-installation approach than us deciding about what to pre-install. Then on the other hand, as I already said, many users are just happy to launch a system where everything has just been nicely set up for them ready to go. So we will continue to keep an open ear for the community and collect feedback also about Vivaldi when more people have actually gotten to know it a little better.

What makes Vivaldi a better option over Firefox?

One reason why I like Vivaldi a lot is that it is a real tinkerer’s browser. Just like with typically everything on a Linux desktop I can move elements around, stack and tile tabs, and customize the look and feel at a granular level. Also, I like how it is very responsive and snappy compared to other browsers.

Additionally, the fact that we have recently established direct communication with the Vivaldi development team is just invaluable from a developer’s point of view, and I naturally like that. To be able to talk directly to the people in charge when an issue or feature request arises really isn’t something you are always used to with other browsers.

Know more about the changes and features via press release—- 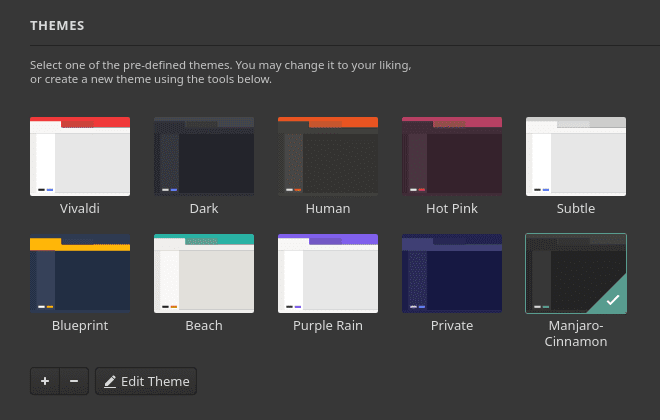 Linux users love to tweak and tune the software to create their own unique experience – and search for just the right software. While most browsers let users tweak only the most basic functionality, that’s certainly not the case with Vivaldi. Exploring the breadth and depth of its settings is just what Vivaldi encourages its users to do.

The Vivaldi settings give users a fine-grained control not found anywhere else. With its one-of-a-kind, comprehensive Tab Management, Vivaldi frees users from their tab woes.

Unique workflows can be created with customizable shortcuts, gestures, customizable menus, and Command Chains – especially suited to keyboard-based browsing. Browsing is fast with fully configurable search options and a powerful Bookmark Manager. The UI elements in the browser such as Toolbar, Status bar, Bookmark bar, and Address bar are easily configurable.

With endless design options and predefined and custom Themes, now also including a ‘Manjaro-Cinnamon’ theme, users can even set the UI to adapt to the colors of the websites they visit.

We are extremely delighted that Manjaro has shown belief and trust in Vivaldi. Similar to Manjaro, Vivaldi has an incredible community of dedicated Linux users who have shown immense faith and support in what we do,” Vivaldi CEO, Jon von Tetzchner, says.

In our experience, people engage and even volunteer when the values of a company are aligned with their own. We hope Manjaro users will enjoy browsing with Vivaldi.” 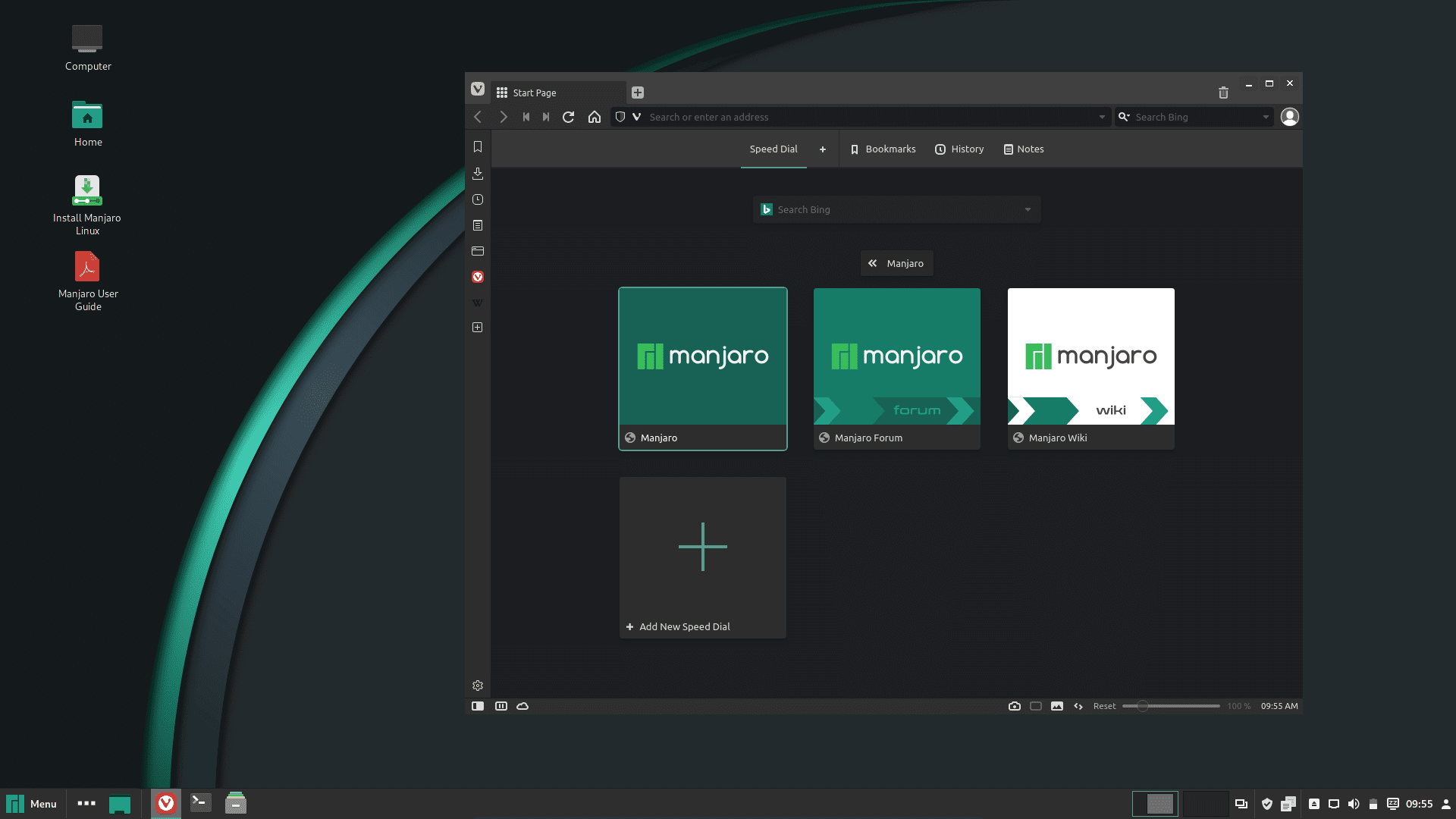 Since both Vivaldi and Manjaro appeal to users who value privacy, bringing the two together will create an elegant desktop experience with the browser tightly integrated. Vivaldi believes that everything that a user does in the browser is no one else’s business — which is why Vivaldi never tracks its users, collects their data, or willingly compromises on privacy.

Vivaldi blocks privacy-invasive technologies, keeps browsing data safe with its end-to-end encrypted Sync, and helps to limit unnecessary tracking and block annoying ads with its built-in Ad and Tracker Blocker, on both Android and desktop versions.

The beta versions of Vivaldi Mail with Vivaldi Feed Reader and Vivaldi Calendar on desktop help break away from the locked ecosystems and creepy, surveillance-driven practices of huge corporations.

Continuously updated, Vivaldi is built using Chromium but this is where the similarities with a Chrome end. Vivaldi is completely transparent about where its revenue comes from.

Tightly integrated into the Manjaro Cinnamon desktop, Vivaldi’s look and feel have been adapted and developed by Manjaro, making sure they have a browser that fits the desktop and can be trusted by Manjaro’s users and community.

Working closely together, Vivaldi and Manjaro are keeping a watchful eye for any issue or request with regards to the browser and worked on by the Vivaldi development team. Manjaro also has access to Vivaldi’s advanced configurations so that users get the full Vivaldi experience and speed, right there on their Linux desktop.

How do you get Vivaldi on Manjaro Linux?

While Vivaldi will now be found as the default browser on any fresh install of the Cinnamon Edition, it is also available in Manjaro’s official repos and installation through the package manager just a click away for all users. 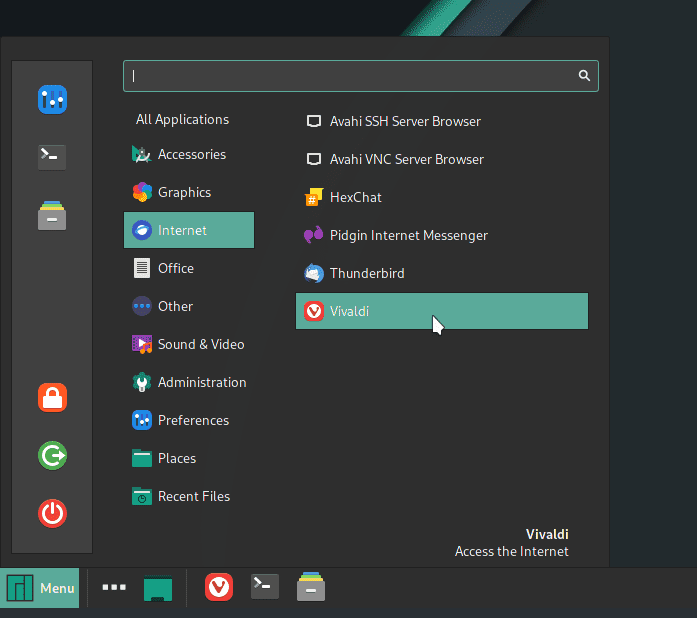 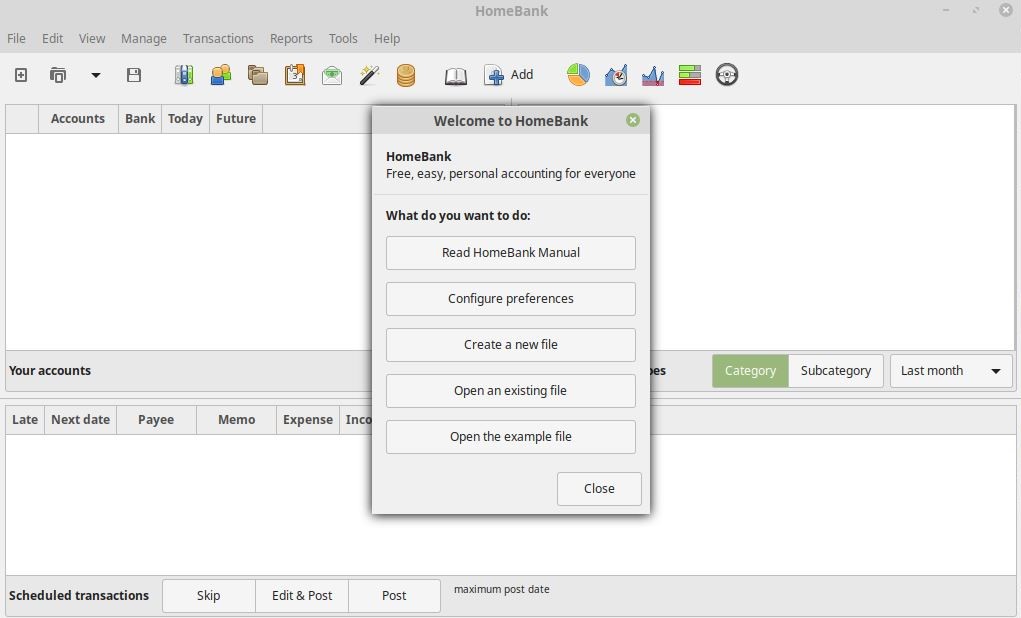 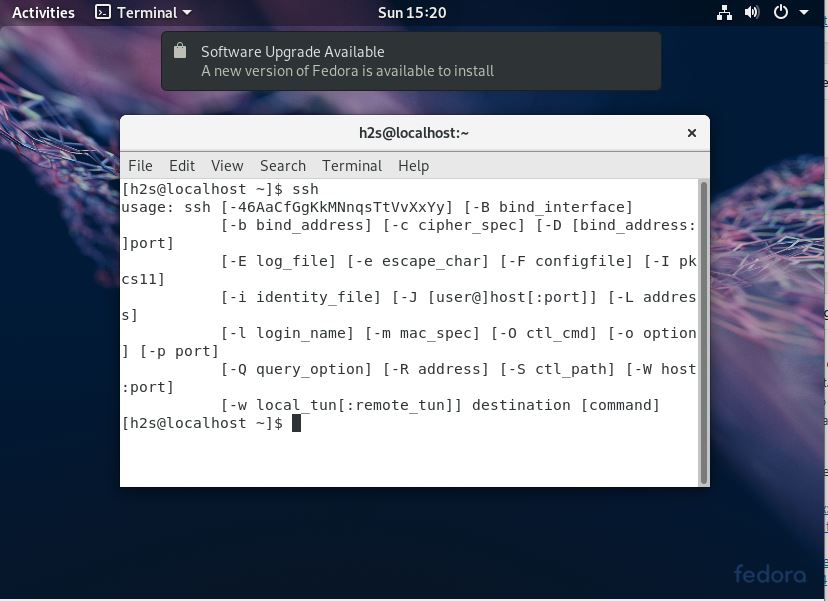 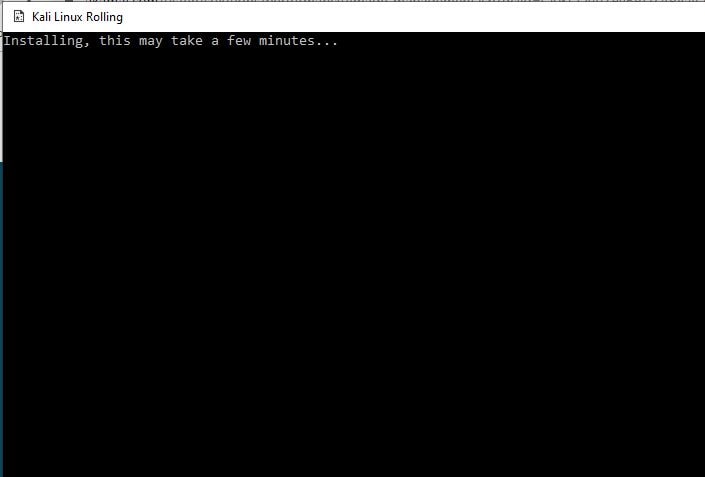 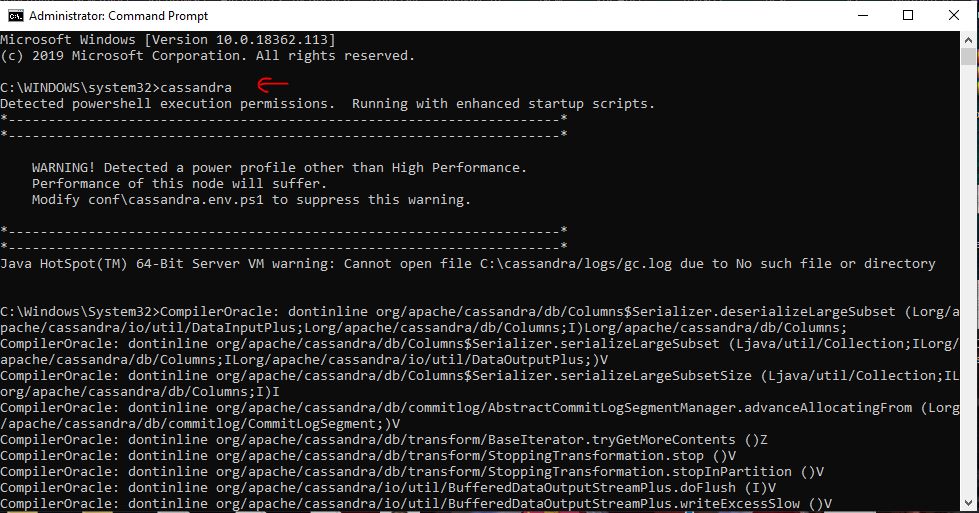