Vivo is a popular camera brand that doesn’t limit its smartphones with traditional features, instead keeps searching for new ideas to improve users’ experience. That can be seen from the patent which shows a complicated setup of a camera that can fly. Yes, a detachable camera module with a thruster to fly in the air.

Although the patent was registered last December 2020, it was published on July 1 of this year, so it is a recent patent.

The basic idea behind this Vivo’s innovation is to allow users to capture an aerial view.  If we talk about the structure that has been patented by the company, it shows a smartphone that would have an internal dedicated space on top to house a set of cameras integrated into a small drone module, that will be activated using the smartphone software. After that, the flying module would go up and allow us to take photos and videos from a truly unique perspective. 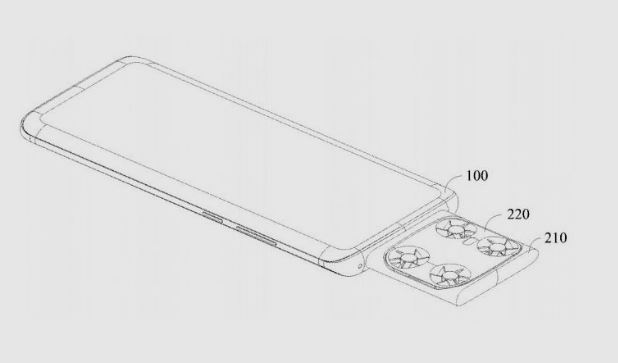 Of course, the power will be a big issue for the miniature drone, hence it would be able to fly for a limited amount of time with the help of an integrated battery. The patent clearly indicates that this drone would have four thrusters, two cameras (one on the top and one on the side, option to mount four cameras), and three infrared sensors. 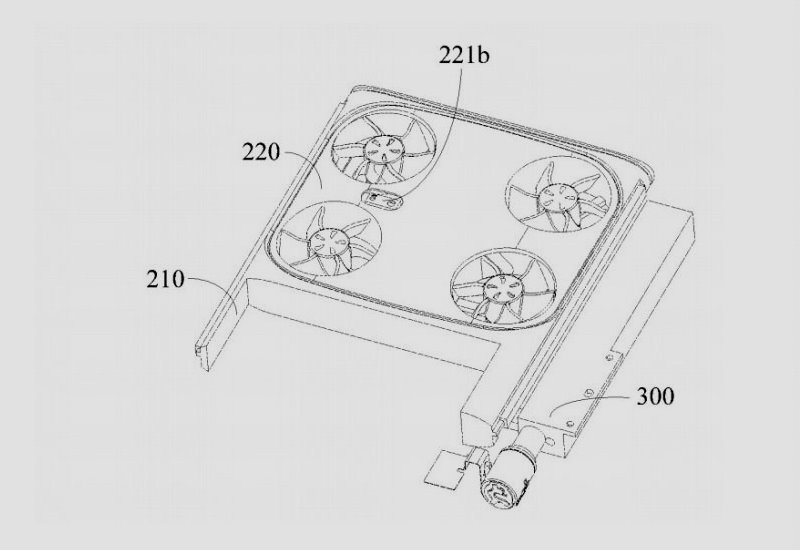 After capturing the images, the users have to put the miniature drone back into space it has reserved on the smartphone so that it can be recharged. Well, the thing needs to be noticed, as per the design, the module is going to charge itself using the internal battery of the smartphone and could drain it if used intensively.

Will Vivo’s idea of integrating a Drone camera into a smartphone work?

Well, no doubt the concept of integrating a camera that can be fly is unique and would be very useful for photo enthusiasts or professional photographers, as compared to the general consumer level. The setup will take the smartphone photography to next level, however, a normal user would not really take advantage of it. One of the reasons such a product would be really costly and secondly a very common user hardly take aerial photographs or selfie. Nevertheless, this would help Vivo to target a specific kind of consumers those who love photography and also willing to pay.

However, right now there is nothing much to say because we only have a patent that doesn’t answer all questions. For example how long it could fly, how high and how far it could work, and if it would be able to work in real-time, recording video and taking photos, while we control it with the smartphone.

All these questions are still on the table and can only be answered once the real device is available in the market, so right now what we can do is only wait.

Virtual Court during the pandemic: A Boon or Bane

Top 10 Features or benefits of running a Virtual Machine