Earlier generally the video capture cards need computer support to perform video recording, even if the direct video recording function was attached, moreover, they rarely supported the live broadcast function. However, with current technology development, things have been changed a lot, which can be seen in AVerMedia’s EzRecorder 330 capture box, which is mainly capable of video recording, game live broadcast, and even basic video editing without a computer.

It supports 4Kp60 Pass-Through, 1080p60 resolution capture, and is compatible with Component A/V analog signals. Input, the built-in H.264 / H.265 encoder directly outputs the image into a common MP4 file, which is absolutely not to be missed by those who need screen recording or live broadcast but are not familiar with computer operation.

The build quality is unparalleled. All gap dimensions are even and the ports are neatly centered in the cutouts. The top has been kept matte, while the side appears high-gloss and slightly transparent.

AVerMedia EzRecorder 330 measures 135mm x 71.2mm x 28mm and weighs about 150g. It is quite compact and portable. It has a plain black rounded cuboid design with sandblasted coating on the top and a plastic material similar to the reflective surface of a piano on the side. The appearance is flat and smooth. Not too many cosmetic elements. 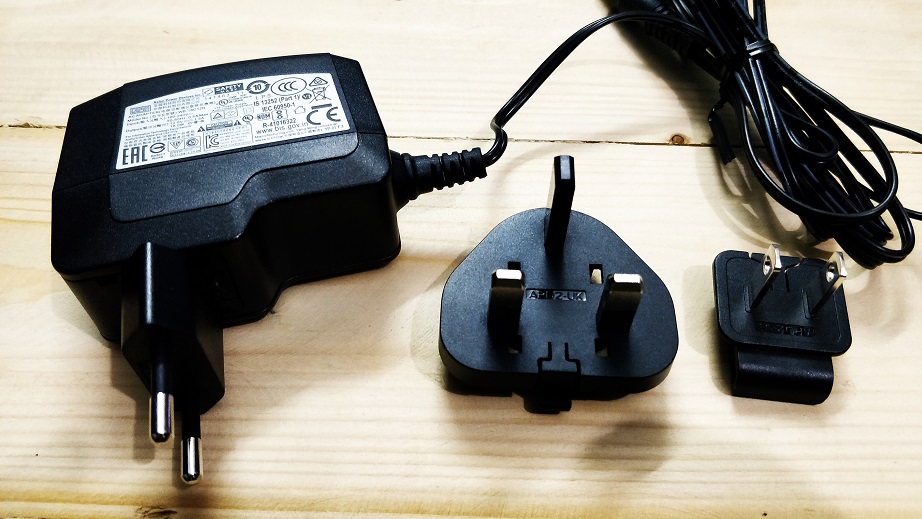 AVerMedia relies on a minimalist design. There is a single button on the front that you use to start and stop recording, which is also an LED indicator. Just beside that, the user will also find a 3.5mm jack headset. The USB port on the side is used to connect an external hard drive. A micro SD slot is self-explanatory. On the back, in addition to a network port and the power connection, there is also a 3.5mm jack interface for Audio input and AV-In as well as HDMI-In, HDMI-Out, and the connection for the IR blaster, so that you can position your EzRecorder flexibly. 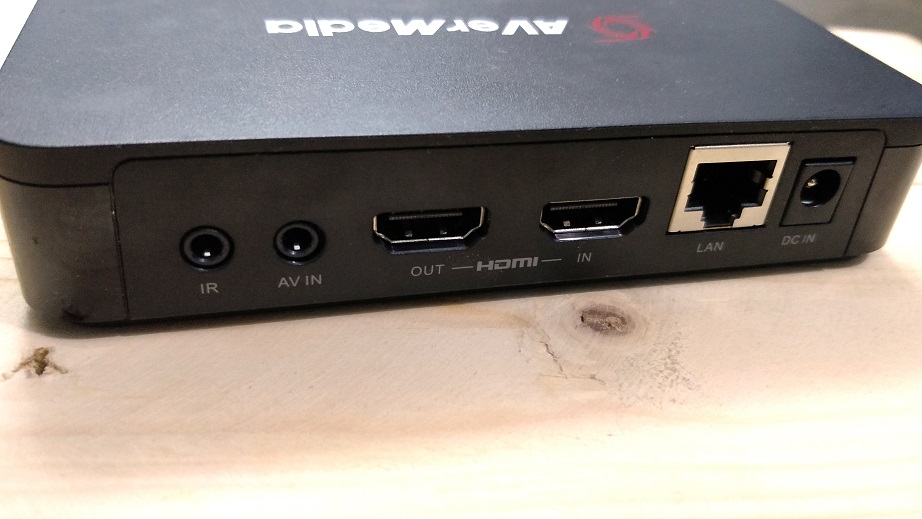 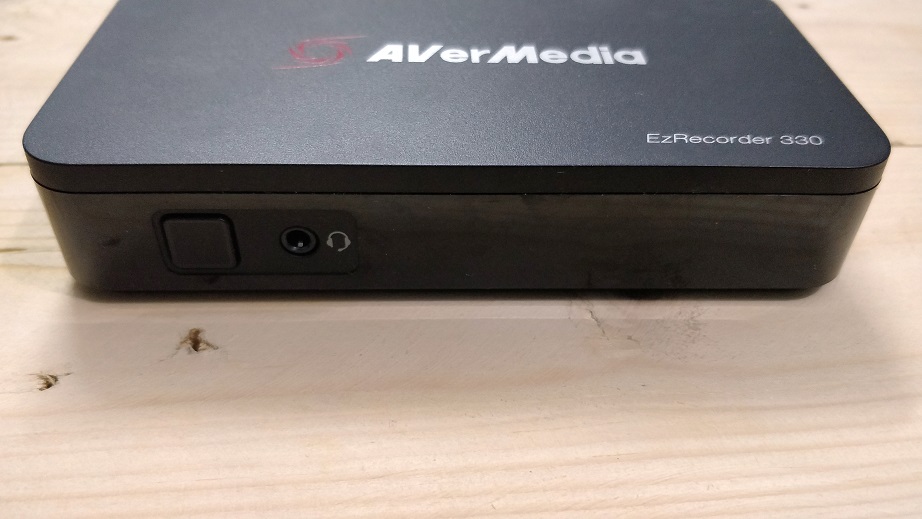 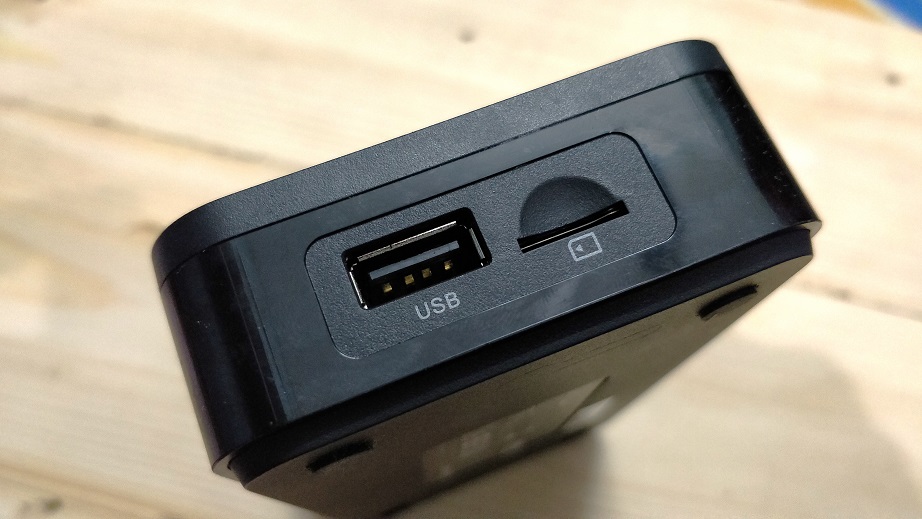 The interfaces HDMI-IN and OUT support up to 3840×[email protected] Pass-Through and 1920×[email protected] video input. In addition, the product also supports analog video input, with a 3.5mm Composite A/V component, which supports NTSC format 720x480i and PAL format 720x576i signal input, with the attached RCA adapter cable to connect to a device commonly known as “three-color head”, whether it is the new generation of PS5/XBOX Series X or the classic Nintendo console/Sega consoles and other consoles can be perfectly supported.

With its Composite A/V interface and the function of recording MP4 files without a computer, users can even connect traditional video recorders to AVerMedia EzRecorder 330 to convert VHS cassettes that occupy storage space at home into digital archives and preserve the precious images full of memories forever. 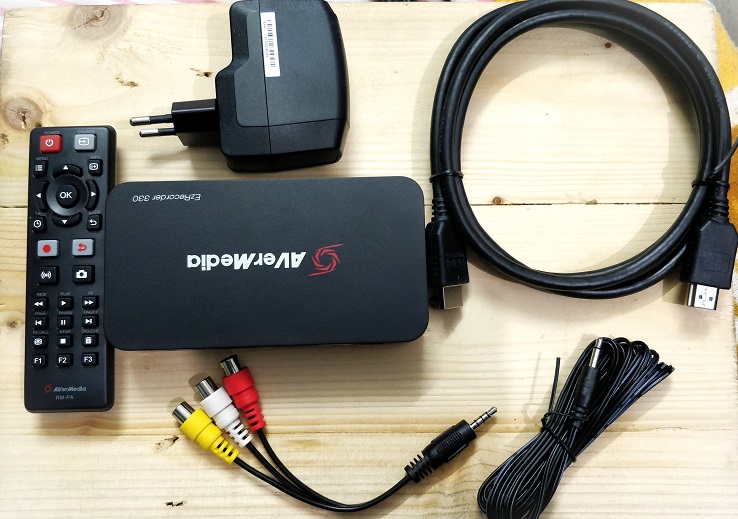 In terms of audio input, the capture card is preset to be able to record HDMI digital audio or A/V analog audio content. The 3.5mm 4-pole headphone jacks on the front of the body can be connected to a 3.5mm headset. Add your own live commentary to a video or live stream.

AVerMedia EzRecorder 330 supports the function of scheduled video recording, can cooperate with the IR remote control learning function, can automatically control the switch and turntable of the set-top box, and can store the video of the film program at the designated time every day or week, and the set-top box can be recorded after the end of the recording. Shut down and never worry about missing your favorite TV shows or the recent Cricket matches.

AVerMedia EzRecorder 330 is a capture box that only supports computer-free operation. All functions such as video recording and live video must be provided through the capture box.

For video recording, AVerMedia EzRecorder 330 has a built-in H.264 / H.265 encoder and is equipped with a USB interface, a MicroSD card slot, and an RJ45 network interface, which can directly store images in MP4 format to USB hard drives, MicroSD cards, and NAS, the video storage bit rate will be lower when using network storage devices than USB or MicroSD cards.

In addition to supporting computer-free video recording, AVerMedia EzRecorder 330 also has a computer-free online live broadcast function and supports the three major live streaming platforms of Youtube, Facebook or Twitch. The operation and setting methods are much better than using traditional live broadcast software such as OBS and XSplit on a computer. For simplicity and convenience, making webcasting easier to use.

What’s more unexpected is that AVerMedia EzRecorder 330 also supports computer-free video editing. It can directly edit the recorded video, select the segment in the video that you want to keep or delete through the remote control, and export it as another video file after completion. , useful for creators who only need to make simple edits to their videos.

We used a micro SD card, an external hard drive, and a NAS to test the product. The memory used must be formatted by the system before use. NTFS and exFAT are supported, which is why common flash memory media cannot be used. My external USB 3.0 SSD was formatted to NTFS via Windows 11 and immediately recognized by EzRecorder. Appropriate login data is stored for logging on to the network storage device and then this “medium” is also ready for use.

You have to choose the quality for both recordings and live broadcasts. Depending on the scenario, downward adjustments for quality could make sense. Both H.264 and H.265 are available for selection. I prefer H.265 because of the better compression, but this can certainly be different in your setup depending on the application. Both “versions” work perfectly. Decide for yourself.

For live streams, you have to authenticate yourself on Facebook, YouTube, or Twitch. AVerMedia has provided QR codes to make this registration and linking easier for the user. These are displayed in the menu and can be scanned with a smartphone.

If we talk about the remote, at first glance, it could be a bit overloaded, because with 27 buttons you won’t find your way around without further reading. The function keys F1 to F3 as well as “Start recording”, “Start stream” and “Screenshot” are actually important. These are in the middle of the remote control. You get to know everything else around it when you use it.

From time to time, we might need to take short breaks at the time of watching our favorite shows. In such a situation, pausing the video for quite some time can be really useful, and that can be accomplished by saving the recording for a few minutes or seconds in the storage device, and by resuming the playback from that point when the user paused the playback. But there is no option to pause a video that is being played in real-time, however, you can always pause a recorded video 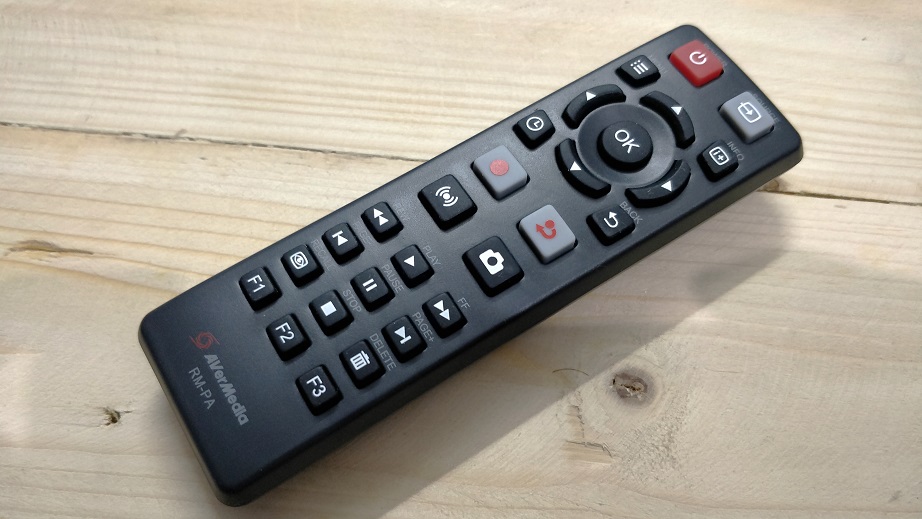 AVerMedia continuously improves its products through updates that need to be installed manually. So I don’t see any problems on this side that the EzRecorder 330 will also be further developed over time.

I would have liked app control, but that might be something for a future model. Until then, the AVerMedia EzRecorder 330 is a top product at the level that I would like and am used to from the manufacturer. I didn’t have any major issue with the processing quality, but also in terms of software, everything ran and runs stable. While using it we have generated around 30 hours of content and haven’t noticed any crashes or other errors. Yes, there were some login problems but for temporary ones.

Unlike most video capture cards in the past, most of them need to be used with a computer. The AVerMedia EzRecorder 330 capture box introduced this time is mainly capable of video recording, live broadcasting, and basic video editing without a computer. It supports 4Kp60 Pass-Through, 1080p60 resolution image capture, and it is also one of the few products that are compatible with Component A/V analog audio and video signal input at the same time, from the latest PS5 / XBOX Series to the previous generation of “Nintendo Red and White Machine” / “Sega Game Console” can be perfectly compatible and can even be used to transfer traditional VHS videotapes to MP4 files. It also has an infrared simulation and reservation recording functions, and one machine can meet a variety of video and live broadcast needs. The only pity is that it does not support uploading video files from the capture box to the video streaming platform. Hence, it cannot achieve a true “one-stop” computer-free recording, editing, and uploading but enough to become a value for money product gamers and content creatos.