We all use different flavors of Android. Yes, there are people who love iOS more than Android, but sorry! This is yet not another battleground between Android and iOS. Android has numerous versions starting from Android 1.0 to the latest Android P, and with every version of Android, we get some new and exciting features. But I am talking about the flavor of Android. What I mean to say is the user interface, which is unique for all the Android device manufacturers out there. Experience UI on Samsung, ColorOS on Oppo, OxygenOS for OnePlus, MIUI for Redmi phones and many others. Yes, all the user interfaces offer some unique features, and the features are always limited to the particular brand.

But I am sure, there are some users, who have used the Google’s own pure flavor of Android. Yes, it is available only on a handful of devices like Moto, Nokia, Nexus, Pixel and Android One devices. The pure Android experience is the best experience of Android, which I got, after using a handful of different devices, with customized user interfaces or flavors. There are a number of things to like in the pure Android interface, and the biggest advantage is the availability of faster updates and minimum useless third-party apps. Yes, who uses Samsung Calendar or MI Video, when Google has its own Calendar and the world-famous YouTube.

So without further discussions, let’s get started. 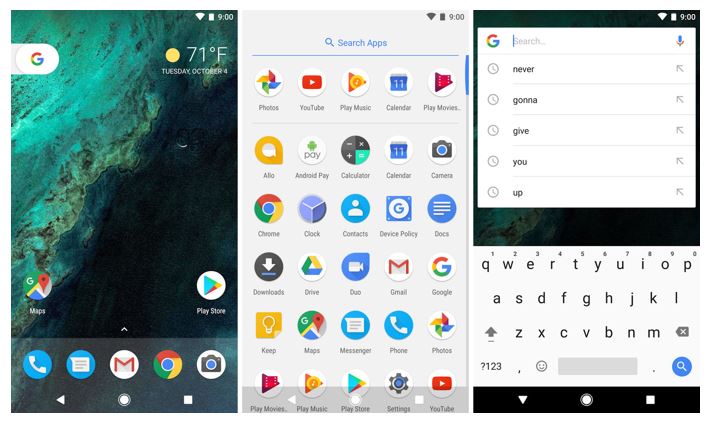 Starting with something, which can be necessary for a certain class of users. Numerous customized user interfaces like Vibe UI on Lenovo, MIUI on Redmi devices offer this feature. The feature allows the user to keep an eye on the network speed, without the need of using any speed test app or website. Though there are a number of third-party apps available on the Play Store, which display the network speed just on the top of the screen, I wish, it was a part of Android own stock user interface.

There are numerous third-party user interfaces and launchers, which come with a native feature to lock apps, and private contents on a device. The feature is integrated with the OS, offering the best experience. This feature is still missing on the pure Android interface. That’s really a big embarrassment. It is one of the most basic security requirements. Though you can always download and install a third-party app locker, none of them is as good as the native app locking feature on different customized user interfaces.

Taking scrolling screenshots is a handy tool on the MIUI, and the feature is really outstanding. But Google own pure Android does not offer any such feature. I wish that was available. Though there are numerous third-party apps on the Google Play Store to take scrolling screenshots. But none of them work according to your desire, or like the one, offered by the MIUI.

Smartphones with a big screen are really cool. Fun to watch videos, play games, and for any kind of entertainment, you can think of. But I know, how difficult it is to handle a big screen smartphone for everyday activities like dialing numbers, using the calculator and many other similar tasks. A number of third-party custom user interfaces offer one-hand operation feature. But it is not available on Google’s own pure stock Android. Just like other features, you can even avail the feature with some third party apps, but that is never that good.

Most third-party user interfaces or custom launchers come with home screen gesture support. It can make your mere icons do more than just opening an app. But the pure Android user interface does not come with such gesture support. In a similar way, there isn’t any gesture to pull down the notification dashboard by swiping down on the screen. Pulling down the notification dashboard from the top of the screen is a big challenge on big screen smartphones. I wish the home screen gesture feature was embedded right into the Android’s stock user interface.

Option to move or uninstall multiple apps at once

Most third-party user interfaces like the MIUI, come with native icon pack support to change the look and feel of your device pretty easily. But the stock user interface does not come with support for third-party icon packs. This is really a big limitation at least for me, as I use a lot of third party icon packs. I wish Google is reading this article and introduces the feature in the next new version of Android.

Backup everything on a smartphone

I am not at all saying that the Google’s own stock Android is bad. It is the best, and I love stock Android. But stock Android can be even better if the features I talked about, were present as well. Which is the feature you miss the most on stock Android devices? Surely let me know about it in the comment section down below.