Viruses and Malwares are some of the deadliest threats that are being faced by most of us nowadays as gadgets like computers, laptops, smartphones, and tablets have become an integral part of our day-to-day life. So, in this article, we will be discussing viruses, their types, differences, and the hardships they create by their mere presence in our electronic devices. Before getting to the bottom of a virus, Malwares need to be understood first. 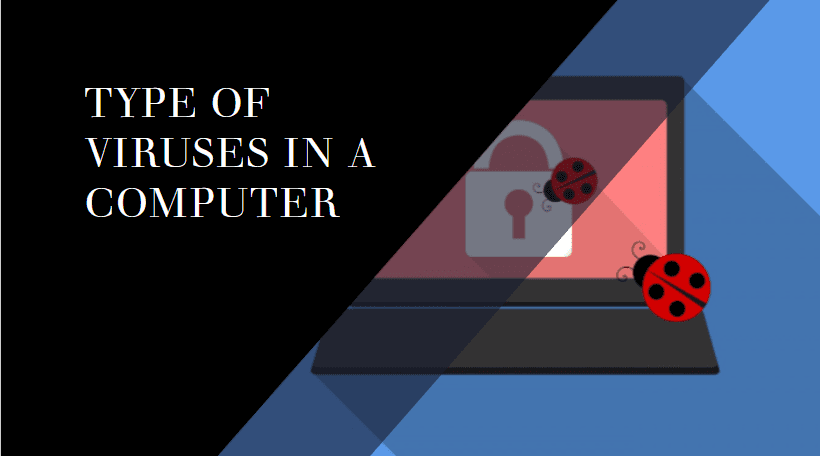 On this Page show
What is a Malware?
What is a Virus?
Worms:
Trojan Horse:
The difference between Virus, Worms, and Trojans:
Let us have a look at some of the other popularly known malware also:
Ransomware:
Spyware:
Adware:
Is it possible to protect our computers and data from this malware?

What is a Malware?

You must have heard of this term a million times. “Malware” is a short form of “Malicious Software”. These computer programs are designed to infiltrate and damage computers without the consent of the user. Malware is the general term covering all the different types of threats to your device safety such as viruses, spyware, worms, Trojans, rootkits, and so on.

These malicious programs can perform a variety of functions including stealing, encrypting, or deleting sensitive data, altering or hijacking core computing functions, and monitoring users’ computer activity without their permission. Malicious software does not generate by itself but is dedicatedly created by hackers or developers to harm your device.

Malicious software can be transported into your device by various means:

Some of the popularly known malware are:

What is a Virus?

A computer virus is a type of malicious software that, when executed, replicates itself by modifying other computer programs and inserting its own code. When this replication succeeds, the affected areas are then said to be “infected” with a computer virus. Viruses tend to corrupt our important documents or text files, images, audio, and video files. It affects the health of our device in much the same way as a viral disease hits our immunity system by causing viral infections. Unlike living viruses that are found in the human body, computer viruses are non-living.

Worms are mostly similar to a computer virus with a tendency of making copies of themselves. These copies spread throughout the system and are capable of corrupting the whole network. It does not need any specific instruction to expand itself. It can reach your system premises by emailing, internet surfing, and file downloading. It fills the space on RAM and Hard disk very quickly causing the system to slow down and hang ultimately. It damages your data and might crash your system as well.

A trojan is generally malware that harms our system in the form of fake software. While surfing the internet, you often receive alerts related to your system getting infected where you are recommended to immediately download a prescribed software to save it. But if you download that software, your system starts reflecting issues that are worse than before. These fake software are called Trojan.

The difference between Virus, Worms, and Trojans:

Virus, Worms, and Trojan Horses are all malicious programs that can cause damage to your computer, but there are differences among these three.

A computer virus attaches itself to a program or file enabling it to spread from one computer to another, leaving infections as it travels. Like a human virus, a computer virus can range in severity. Some may cause only mildly annoying effects while others can damage your hardware, software, or files. Almost all viruses are attached to an executable file (having .exe as an extension), which means the virus may exist on your computer but it actually cannot affect your computer unless you run or open the malicious program. It is important to note that a virus cannot be spread without a human action (such as running an infected program).

A worm is similar to a virus by design and is considered to be a sub-class of a virus. Worms spread from computer to computer, but unlike a virus, it has the capability to travel without any human action. The biggest danger with a worm is its capability to replicate itself on your system, so rather than your computer sending out a single worm, it could send out hundreds and thousands of copies of itself, creating a huge and devastating effect. One example would be for a worm to send a copy of itself to everyone listed in your email address book. Then, the worm replicates and sends itself out to everyone listed in each of the receiver’s address books, and the manifest continues down the line. Due to the copying nature of a worm and its capability to travel across networks, the result in most cases is that the worm consumes too much system memory (or network bandwidth), causing web servers, network servers, and individual computers to stop responding.

The Trojan Horse, on the other hand, at first glance will appear to be useful software but will eventually do damage once installed or run on your computer. Those on the receiving end of a Trojan horse are usually tricked into opening them because they appear to be receiving legitimate software or files from a legitimate source. Some Trojans are designed to be more annoying (like changing your desktop, adding silly active desktop icons) or they can cause serious damage by deleting files and destroying information on your system. Trojans are also known to create a backdoor on your computer that gives malicious users access to your system, possibly allowing confidential or personal information to be compromised. Unlike viruses and worms, Trojans do not reproduce by infecting other files nor do they self-replicate.

Let us have a look at some of the other popularly known malware also:

Ransomware is malicious software that is designed to block our computers. Once it’s installed on the device, it tends to encrypt and lock all our data. You can relate it to the kidnapping of data in which ransom is demanded in return. It also leaves a file named “please read me” with it which has all the descriptions of what has happened to your system and how much money is to be given to the hacker to save it. Hackers give you a deadline to pay the amount and if the amount is not settled within the given time, they might increase the amount or leak your sensitive information. Most hackers ask for money in the form of bitcoin/cryptocurrency so that one cannot track the source of the ransomware. Your system remains in a blocked state until you pay the ransom.

Spyware as the name suggests works as a spy or secret agent that is installed in your device to keep an eye on your system and data activity. Your sensitive data may be compromised and sent to the source of the spyware as required by it. Just like a detective, Spywares can bind with unknown software and get installed on your device. This malware is very small in size and is made to target any specific person, organization, or country. It collects small but important information like emails, usernames, passwords, and browsing history from your system and sends it to its owner firm or hacker.

A recent and most famous example of spyware is Pegasus that was developed by the Israeli cyber arms firm NSO Group that can be covertly installed on mobile phones running most versions of iOS and Android. The 2021 Project Pegasus revelations suggest that the current Pegasus software can exploit all recent iOS versions up to iOS 14.6. Pegasus can be installed on vulnerable phones or devices through a web link or a missed call. The spyware can steal passwords, contacts, text messages, and photos. It can stealthily enter a smartphone and gain access to everything on it, including its camera and microphone. Pegasus is designed to infiltrate devices running Android, Blackberry, iOS, and Symbian operating systems and turn them into surveillance devices. The only way to avoid Pegasus after it has infected a phone is by getting rid of that device.

Adware is a software application that is generally used to infect a smartphone or computer. After getting installed on a device, it starts showing advertising banners in the form of a pop-up window or bar on the user interface. In this way, whenever you open your device, unnecessary pop-ups and ads begin to fill your screen space without even having an active internet connection. This malware primarily enters our device when we unknowingly download a corrupted file from any malicious reference.

Is it possible to protect our computers and data from this malware?

The answer is Yes, we can save our devices from the unwanted attacks of these malicious intruders by paying attention to a few but important precautionary measures:

Following the above-mentioned tips can help you protect your computer and keep your information safe. You can rest easy knowing that all of your files will be there when you need them.