Comparision CentOS vs Debian vs Ubuntu 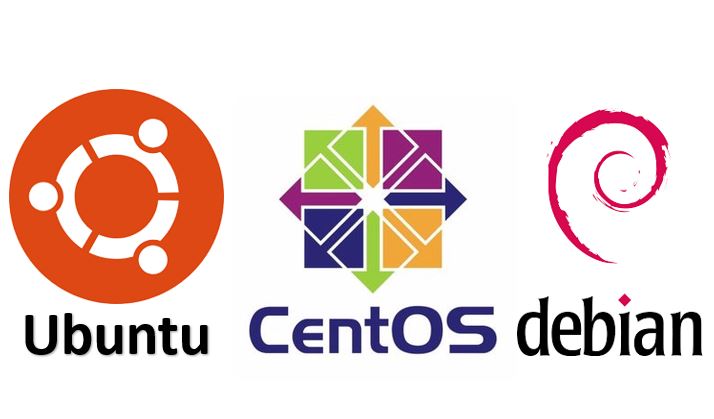 Ubuntu is based on Debian and has more and more fans in recent years. Ubuntu has a beautiful user interface, a complete package management system, powerful software source support, and a rich technical community. Ubuntu also has good compatibility with most hardware, including the latest Graphics cards and more. All this makes Ubuntu more and more popular. But don’t forget: all you need is a simple, stable, easy-to-use on your server system!

Ubuntu’s graphical interface is beautiful, but it also determines that its best application area is the desktop operating system rather than the server operating system. If you want an immersive environment in the process of learning Linux, then the Ubuntu is really good; just install it on your own computer instead of the server. From this point of view, Graphical Ubuntu is not the first choice to install in the VPS, because nobody wants to waste storage and valuable memory of their commercial server units. Though, the Ubuntu has the server edition too but still if you see around most of the hosting and other data center companies generally not prefer the Ubuntu on their servers because of the stability and reliability.

You’ll find that a lot of commercial companies deploying servers in a production environment are CentOS systems, and CentOS is a community re-release from RHEL source code. CentOS is simple, and its command line is better and more stable along with strong English documentation and support from the development community. Has the same origins as Redhat, although commercial support is not provided separately, it is often possible to find a clue from Redhat. Compared to Debian, CentOS is slightly larger and a very mature Open source Linux distribution.

In general, Debian is an operating system suitable for servers, and it is much more stable than Ubuntu. It can be said that stability is unparalleled. Debian whole system, as long as there is no logical defect in the application level, it is basically impregnable, it is a system that does not need to be restarted all the year round (of course, this is exaggerated, but it does not exaggerate its stability). Debian’s entire system core is very small, not only stable but also takes up less space on the hard disk and takes up less memory. On servers without GUI, the Debian can run with 64MB RAM, however, for better and smoother working 256 MB RAM is recommended while the CentOS is required more. However, Debian help documentation is slightly less than CentOS, however, the internet is full nonofficial Debian tutorials maintained and published by different websites but you can’t rely on them, totally.

Due to its excellent performance and stability, Debian is very popular with VPS users.

In addition, there are a series of Linux and FreeBSD, Unix and other systems such as Arch Linux, Gentoo, and Slackware. Since their fields are more professional, they rarely appear in VPS, so they are not introduced.

For beginners, we recommend CentOS or Debian, both of which can run smoothly on a lower config VPS. However, if the VPS configuration is too low (OpenVZ memory is below 128M, or XEN architecture is below 192M), Debian is recommended; otherwise, CentOS is recommended to get more online help and support, making it easier for you to get started.

Many webmasters generally choose the CentOS system because it is compiled from reliable and stable Redhat source code. CentOS removes many applications that are not related to server functionality. The system is simple but very stable. Command-line operations make it easy to manage systems and applications and if stuck somewhere can take help from documentation and community support.

Ubuntu has a beautiful user interface, a complete package management system, powerful software source support, a rich technical community, and Ubuntu support for computer hardware is better than CentOS and Debian; compatibility is strong. Ubuntu also offers o many applications those are very good for a person who is a beginner and wants to get familiar with the Linux. But for a server we don’t require so many applications instead of that we need a stable, easy to operate, and simple to maintain an operating system. However, If you need to use a graphical interface on the server side and with a repository of thousands of software packages, Ubuntu is a good choice. What you need to pay attention to is that the graphical interface takes up a lot of memory, and the larger the memory, the higher the VPS price.

Debian is also very suitable as a server operating system. Compared with Ubuntu, it doesn’t have much fancy and stability is overwhelming. It is a constant truth for server systems. Debian is a Linux system. The underlying layer is very stable, and the kernel and memory are occupied. They are very small, and the VPS in small memory can run Debian smoothly, such as 128m memory, but the Debian help files and technical information are relatively small. For small memory, Debian is preferred.

In the choice of a Linux system, if you are a novice, preferred CentOS, not CentOS better than Debian and Ubuntu, but CentOS is the first choice for beginners to install on VPS. It is stable, takes up fewer resources, can easily install and configure using the Internet resource; its own help documentation is also very powerful. But if you are a Linux master, the realm of the masters generally choose Debian, because the master can run the system stable on the low-profile VPS as well. The Ubuntu with a large community and helping guides & tutorials available on the Internet, also free is more suitable for beginners with on their personal computers. But when it comes to money,  it occupies more resources than the previous two systems, and VPS basically sells memory, the higher the memory, the more expensive the price.

We operate some of the world’s largest Internet operations, so we attach great importance to reliability and stability and are our number one priority. To this end, we only use Linux to support the customer’s system. But which Linux distribution should we use for our servers? The answer is CentOS but why?

Because of this, the RedHat / CentOS has a longer release cycle; They are able to meet all of these needs, with relatively few problems and long-term stability, which allows us to provide world-class maintenance for thousands of systems running different configurations, services, and applications.

RedHat Enterprise Linux (RHEL) is the gold standard corporate distribution. It is updated every five years or so and has great advantages in system stability, forward-looking and security. Whenever a new major version is released, such as 6.x or the latest 7.x, all versions and code will remain unchanged, only security issues or major bugs, such as backdoors, ports, etc. Fix by releasing a new subversion.

CentOS is the open source version of the RHEL distribution and will release updates shortly after the release of RedHat. The reason we use CentOS is that the standard support services for the RHEL distribution are very expensive, about $800 to $900 per server per year, which not sounds much but imagine if you have a dozens or even hundreds of servers, in such it case it can burn your pocket, if you are a small enterprise.

First, once the main version is determined, nothing will be changed except for security issues and serious failures that will be fixed. Although this is good for stability, it is not good for many services. For example, MySQL and PHP services, they will be heavily developed and extensively modified during the five-year CentOS/RHEL major release cycle. For example, MySQL 5.1 is the default version for the RHEL 6.x version, but current MySQL is updated version is 8.0 for servers. However, in the current RHEL 7.x version, the RedHat has ditched the MySQL as default for MariaDB.

Fortunately, this problem was easily solved by the Yum package manager. As a result, the main software, such as the actual components in the current RHEL/CentOS, including the kernel and all the tools, are still from the distribution, but those additional software such as Nginx, Apache, PHP, Java, and MySQL are updated.

Second, the release of CentOS lags behind the release of RedHat, including key patches and fixes. But people experiences, there is nothing to worry about, and it will never be a problem.

Many people ask us why we don’t go for Debian-based systems, such as a Debian or Ubuntu server. If we have no choice, we do support this proposal, but according to the expert’s experience and reviews of peoples given on hosting service and other platforms, these systems are not as stable and reliable as RHEL/CentOS.

We believe that this is due in part to their rapid development and the lack of testing and immaturity between versions and combinations. However, although they are very popular, the main service providers and projects still prefer the RHEL/CentOS system, because they can provide services to corporate customers. In addition, Debian-based systems have many kernel and stability issues.

Of course, most Linux developers use the desktop version of Ubuntu, and understandably, they prefer to use the same system when developing products and can use many interesting tools. But overall, we still think that RHEL/CentOS is a superior deployment platform, and more than a dozen customers have successfully turned to CentOS as a production environment without any problems, but this is still a difficult task.

How to set google as default search engine on chrome

1 thought on “Comparison between CentOS, Debian and Ubuntu”