Today, Apple’s first full-screen mobile phone – iPhone X becomes a role model for many other smartphone companies those are intermittently trying to copy its design and other features. But today we talk about the turning on and showing of battery percentage in iPhone X. The procedure to turn on the battery percentage is same as other iPhone series like iPhone 8, iPhone 7, iPhone 6 and so on.. Because the core features of these all phone’s operating system are same. But displaying the battery percentage on iPhone X is bit different because after activating it you need to slide the screen from the top right.  We know that after the iPhoneX or so-called iPhone 10 is activated, the batter is displayed as an icon by default after entering the system. But there is no percentage figure display, and the user can only roughly understand the remaining battery condition. However, iOS 11 system also supports the battery percentage display, but the thing is how to set the percentage of iPhone X and other models? Today, How2shout brings an iPhone battery percentage display setup tutorial, and also how to show it one iPhone X. Let’s have to look… 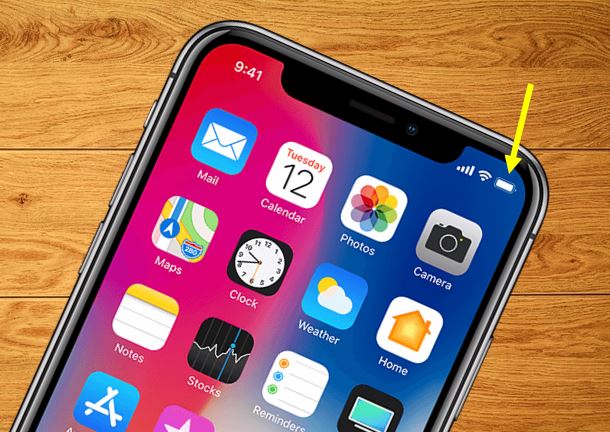 How to turn on battery percentage on iPhone X, 8, 7, and in other models

How to show battery percentage on iPhone X

After activating the battery percentage in iPhone X running on iOS 11 you might be thinking how to access or show it. Actually in the iPhone X to get the display of battery percentage you need to open the Control Center which is quite different from the previous generation of iPhones.

Could cloud-based gaming spark the next smartphone revolution?

Hardware is not enough to make a smartphone stand out from the crowd in today’s digital...
Read more

2020 is thought to be a big year for mobile technology transformation with Artificial Intelligence taking centre...
Read more

We all are quite familiar with virtual digital assistants by Google, Siri by Apple, Cortana by...
Read more

Among the many steps that you can take to safeguard your online accounts, changing the password frequently...
Read more
- Advertisement -

What is a paper battery? A paper...
Read more
news

Many people have heard that the batteries powered vehicles. The...
Read more