Xiaomi Black Shark smartphone yet not launched in the market but its specifications and other core features have been leaked and here is our view and predictions; how this new black shark gaming phone will be…

When Android games are too popular in the market, with consoles like graphics and controls, there are users, who are in need of a gaming smartphone. Well, most flagship smartphones out there are pretty capable of handling high-end games quite well, but it is a different kind of amusement of getting hands on a gaming smartphone like the Xiaomi Black Shark, which is one of the best future ready smartphones out there. Though most of the pieces of information provided in the article are not yet confirmed by Xiaomi officially, however, the presence of most the exciting specs are quite acceptable in a gaming smartphone. After Xiaomi gaming laptop, the Xiaomi gaming phone will surely rule the market. 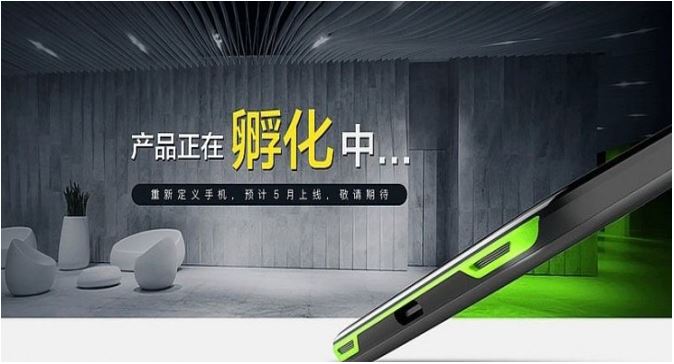 After the best Xiaomi camera phone, or the Mi A1, which is by far one of the best of the Xiaomi mobile phones, it is great to see the budget beast is working on a gaming smartphone, which I am sure, will be the best seller Xiaomi smartphone, if it is priced judiciously. As I already said, most of the information provided here is based on the leaks, as there isn’t any information available on the Xiaomi phone official website.

First thing first. When it comes to gaming, the most important thing or the most important specification to look at, for a gaming smartphone is the SoC and RAM. The SoC comprises the processor and GPU, which in turn plays the most important role, in handling the most high-end games. Xiaomi confirmed, the Black Shark will come with the latest Qualcomm Snapdragon 845 SoC, and 8 GB LPDDR4x RAM, which will be capable of handling games, quite well. The LPDDR4x is the latest variety of mobile RAM, which not only consumes less power but runs at a higher frequency; which eventually gives a better experience, at the time of playing games. On the other hand, the Blackshark Xiaomi will come with Adreno 630 GPU, which is quite elementary for all the gaming smartphones.

It is rumored that the Xiaomi’s best gaming phone will come with a 6-inch screen, with a Full HD+ 18:9 screen resolution, which is 2160×1800 pixels, and there is no doubt, it will be pretty vibrant, and the experience of playing games on this smartphone will surely be extraordinary. Bezel-less smartphones are the trend of 2018, and there is every possibility, the Xiaomi Black Shark will come keep up with the trend. Though, there is nothing certain about it. With such a heavy resolution, I am sure, the Xiaomi Black Shark will have Corning Gorilla Glass protection or Dragon Tail Glass protection, but nothing is certain about it.

It will be a dream to get hands on the Xiaomi Black Shark if it comes with an AMOLED or OLED screen. It will not only give a vibrant display but will also be helpful in saving battery. I wish Xiaomi is reading this article.

As far as the software is concerned, the Xiaomi Black Shark will come with the latest Android Oreo, and I think that is a genuine leak, as most flagships of 2018 will come with Android Oreo, out of the box. The Xiaomi Black Shark will feature a Shark Space platform, for the gamers out there. I don’t know how useful it will be, for most gamers, but the presence of such features and platforms will make it feel, more a gaming smartphone.

There is nothing confirmed about the storage, but according to the leaks, it will come with a 32 GB internal storage, with the option to expand the storage. Though most smartphones nowadays are ditching the external SD card, and if such a thing happens in the Black Shark by Xiaomi, it will surely come with at least a 64 GB or a 128 GB variant.

Though 128 GB seems to be a lot nowadays, I wish, there is a 256 GB variant, which I think will be more than enough, and I hardly think users will need an external SD card after that. If the users want to have multiple games installed at the same time, along with a number of media files, 256 GB of internal storage is no way going to run out, even with most of the best android games of all time.

There is nothing leaked about the camera. But after all, the Black Shark will be a flagship phone, and I am sure, the camera specifications will not be disappointing. It will remind the users, they are holding a flagship in their hand. If it comes with a dual rear camera, the Black Shark can be one of the most amazing flagships out there.

The Xiaomi Black Shark being a gaming smartphone, should come with a gyro sensor among the most other useful sensors. The VR sensor will be elementary to get a great experience of virtual reality, and VR gaming.

This was all about the leaks. But there are some things, which I think, can make the Black Shark smartphone, the best Xiaomi phone for gaming 2018.

What do you think about the latest Xiaomi Black Shark? Will you go for it, if it is released in India? Let me know in the comment section below.