Do you have some plans to buy a virtual server or settings up your own, but can’t decide which Linux distribution to use? We have all experienced this kind of trouble. Especially when it comes to Linux distributions since the online space is full of different distributions and various types of flavours to choose from. However, choosing one of them can make people’s mind-boggling. However, for the server in commercial space, there are two major Linux distributions, CentOS and Ubuntu. But how to choose from these two is the main problem facing by administrators, beginners and professionals. After creating so many hands-on articles on Ubuntu and Centos, and having some experience with these two (and more) distributions, we decided to make a comparison between the Ubuntu and CentsOS server distribution.

First, let’s see what exactly the CentOS and Ubuntu server/Desktop are:

On this Page show
What is CentOS Linux?
What is Ubuntu Linux?
CentOS server vs Ubuntu server – What are the key differences?
User interface
Software upgrade
Documentation and Community support:
Package management system
Web hosting function
Support and release
Centos server vs Ubuntu Server comparison table
CentOS vs Ubuntu server, which one is good choices?

What is CentOS Linux?

CentOS is an acronym for Community Enterprise Operating System. 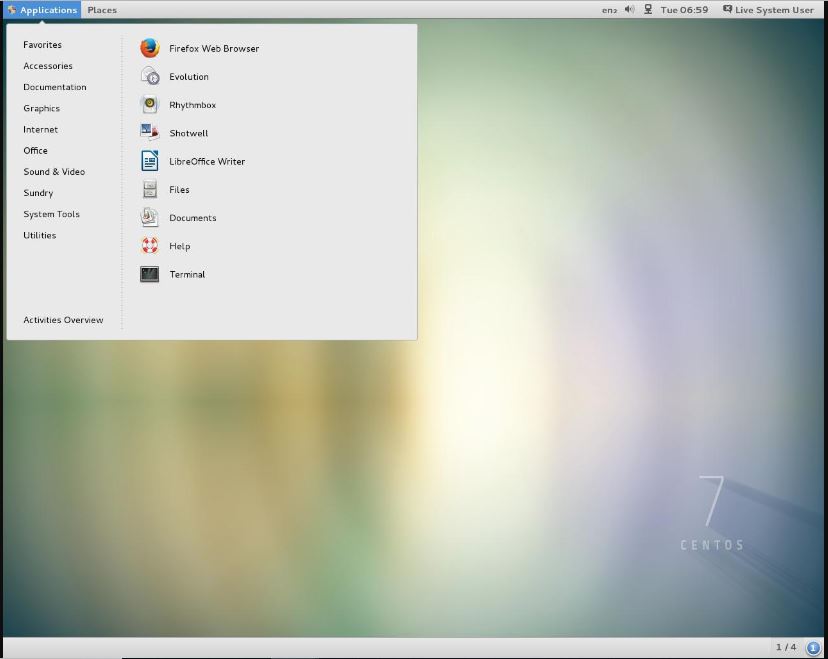 The current version while writing this article is CentOS 7 and with the release of that, the CentOS officially had started supporting only x86-64 architecture. You can download Centos 7  it from here.

Compared to other Linux distributions, its stability is trustworthy and that’s why hundreds of hosting services are running on Centos server.

What is Ubuntu Linux?

Ubuntu which is more popular among standard internet users and provides two types of version one is Ubuntu Desktop and the other is Ubuntu server. However, you hardly find any extreme difference between them except some different software packages for the server. The Ubuntu server is also available in headless form like Centos (means no GUI). It is an open source GNU/Linux operating system based on Debian GNU/ Linux and supports x86, amd64 (x64) and PPC architectures. Created by a global professional development team (Canonical Ltd). Like Centos depends upon its upstream source RedHat, the Ubuntu depends on Debian. 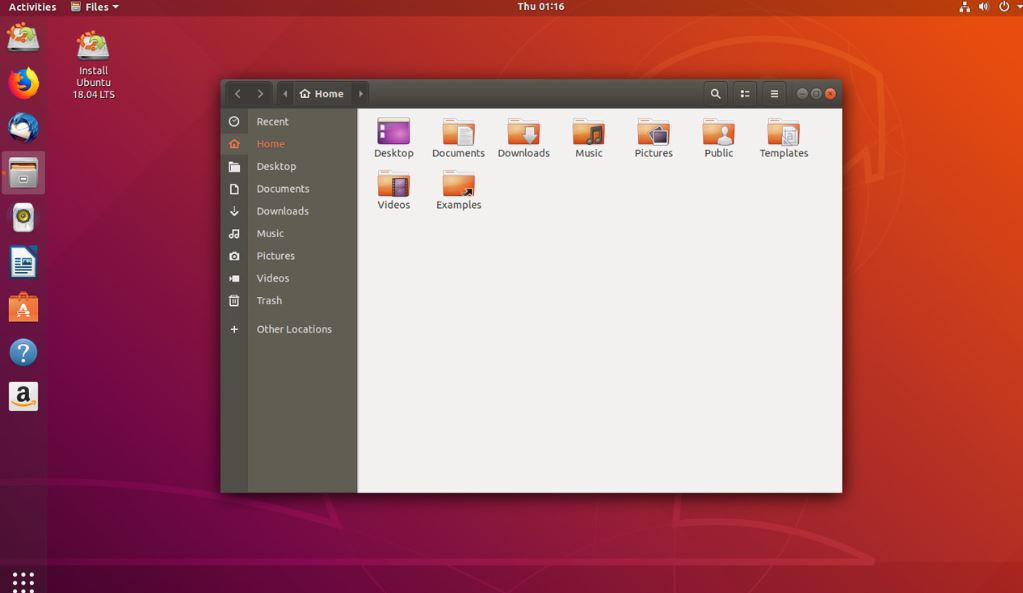 The difference with Debian is that it releases a new version every six months. Ubuntu’s goal is to provide the taste of latest developments to an average user with an up-to-date Linux OS, yet stable, operating system built primarily from free software. Ubuntu has a huge community power that users can easily get help from the community. Ubuntu has made a huge contribution to the popularity of GNU/Linux, especially the popularity of the desktop, thereby enabling more people to share the results and excitement of open source.

CentOS server vs Ubuntu server  – What are the key differences?

Those literally want a Linux operating system for their servers they hardly bother about the graphical user interface because they prefer lightweight headless server. So, the difference between Centos server and Ubuntu server graphical user interface become null and void. Moreover, incase, someone wants GUI then there are no limitations you can install your favourite desktop environment.

As I mentioned above in this article the frequency of software upgrades in CentOS at the forefront of cutting-edge software doesn’t happen in short intervals, and upgrades rarely happen. Instead, they prioritize issues such as security and consistency rather than fast software updates.  Now, you might think is it bad? No, as we are talking about CentOS server, so needless to say the users those are going to install it on server hardware wants extreme stability, for the long run. This can be found in Centos as they are supporting their single release for approx. 10 years which makes it an optimal choice for hosting services. This also reduces their cost on hardware upgradation. Another reason as they take a significant time to release a new or upgraded version which directly produces a stable and less buggy version.

Nonetheless, this also has some disadvantages which, in case you want to use some latest version of the software or application, say, database application, you have to install them manually or wait for next update to support them. However, it is not a big deal when your wholesale target is to achieve super stability and less maintenance from your side.

Coming to the Ubuntu which is less conservative in terms of upgrades. Therefore, Ubuntu users are usually getting updates in their repo before CentOS users. But this doesn’t mean that it is not stable but less if we juxtapose with CentOS.

Another advantage of getting frequent updates, it becomes more compatible with newer hardware and applications. This is the main reason why Ubuntu is popular among consumers or netizens.

Needless to say, Ubuntu has an upper hand in terms of documentation and community support. It has forums where a newbie to Ubuntu server can get hundreds of tutorial apart from other websites those continuously publishing different hands-on tutorials on Ubuntu. Its server version has more cloud and container deployment support then CentOS.  So, finding the solution for some Ubuntu problem is much easier than Centos with comparatively small user & developers community.

Furthermore, unlike Ubuntu, the documentation for CentOS is not much extensively available.

So, for beginners, the CentOS server is would be little hard to manage as it is RHEL based desktop distributions which is not used much at the normal user end, so it would be difficult to find out tutorials on each and every problem you stuck with.

All these facts make Ubuntu a stronger contender in this section and make Ubuntu server your first choice if you are totally new to Linux servers.

Somewhere, I personally feel that using apt for me is easier than YUM. Perhaps, because of the mass repertoire of online tutorials; whatever, users who choose the Ubuntu desktop version are likely to have much less difficulty adapting to the server version, and their graphical user interface ( GUI ) is easier than the command line interface ( CLI ) on CentOS.

However, at the end of the day, its all depend upon how much are you willing to spend to learn something. If you are willing to invest some time then you easily get familiar with Centos or Ubuntu’s Package management system and their commands.

Thus, if your goal is to provide a web hosting solution using some form of the control panel, then CentOS is by far the best choice.

As aforementioned and again going to recite, CentOS has a much longer release cycle than Ubuntu and has a longer support period. Ubuntu publishes long-term support every two years and provides five years of support life.

Since its first release in 2011, CentOS 6 has released five minor versions. All of these versions will be supported by 2020. In the same way, Centos 7  release in 2014 will get support until 2024. Therefore, if you value long-term support cycles and consistency, CentOS is a better choice, especially now when they are officially under the umbrella of Red Hat.

Another key difference is the release cycle. Because CentOS is based on Red Hat, it is released fewer times, and some people think these versions are more stable. However, it should be noted that this also means that some software may be out of date.

Ubuntu uses a time-based release cycle, so they will release a long-term support version every two years. In addition, Ubuntu is usually released every six months to provide the latest software improvements. In terms of release, Ubuntu is far ahead.

CentOS vs Ubuntu server, which one is good choices?

Most of my Linux server deployments are for enterprise customers, so CentOS has a significant advantage over Ubuntu in many commercial applications and advanced networking/virtualization and cloud computing environments, and CentOS leverages the SELinux framework for enhanced security layers, which are currently unavailable (or not easy) in Ubuntu…

so, after the above short comparison, it actually depends upon the purpose of each operating system and the size of your business. For small businesses and beginners, Ubuntu is a safe choice. Given its large user base, Ubuntu has a wealth of online resources, tutorials and online forums, and a large community of open source developers. This makes it easier to find a solution to the problem.

For small and medium-sized businesses and websites that require cPanel, CentOS is also a good choice. Although their user base is much smaller than Ubuntu, CentOS still has a smaller online community but has more advanced support options.

In the end, what I want to say, the internet is full Centos vs Ubuntu comparison, so, what I would like to suggest, opt any of them after going through your specific and subtle requirements and the need for server implementation, which will determine which distribution has more advantages or uses – based on technical experts/hosting companies.

2 thoughts on “Centos server vs Ubuntu server? Difference between these two Linux”