Why is the Windows operating system popular among us? It is because of ease of usage, availability of software and tools, and graphical user interface to perform any task. But everything comes at some price, no doubt the Windows is really an easy to use OS but lag somewhere behind in terms of security and customization. On the other hand, the Linux is open source, free to use, can customize highly, and very secure too. If you are new in the Linux world and confused with lots of Linux distributions, that which one you have to choose and which not. Then this article would help you. Because users those are moving from Windows operating system are much familiar with its interface and definitely want something like in Linux too. There are a couple of Windows alternative in Linux those almost looks similar to Windows and help the users a lot to get familiar with Linux’s strange world.  So today, I will introduce several such Linux distributions those desktop environment is very similar to the Windows systems, let’s get started!

Note: If you think you know any better Linux OS than those mentioned in the article, please let us know… 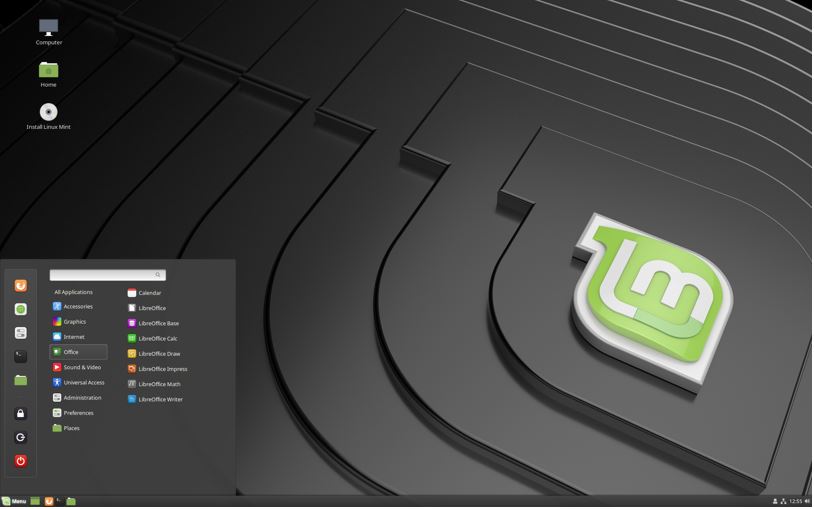 The first very popular Windows like Linux distribution I would like to introduce to you is the ” Linux Mint Operating System“.  When you decide to use a Linux system instead of a Windows system, you should have heard of the Linux Mint distribution in some places. Most of the websites recommend the Linux Mint as Windows the best WIndows look like an alternative operating system to beginners. It is Ubuntu based and like the Ubuntu system, Linux Mint is recognized as one of the best Linux distributions. They also provide LMDE (Linux Mint Debian Edition) which is based on Debian. The Linux Mint system is known for its simple, easy-to-use, powerful Cinnamon desktop environment. Cinnamon is very easy to use, and you can use a variety of desktop themes, icon libraries, desktop widgets, and application components to configure the Linux Mint system to be the same as the Windows XP, Windows 7, Windows 8, or Windows 10 system. Cinnamon is also one of the most popular desktop environments in Linux. You will love this easy-to-use, most stable and powerful desktop environment. 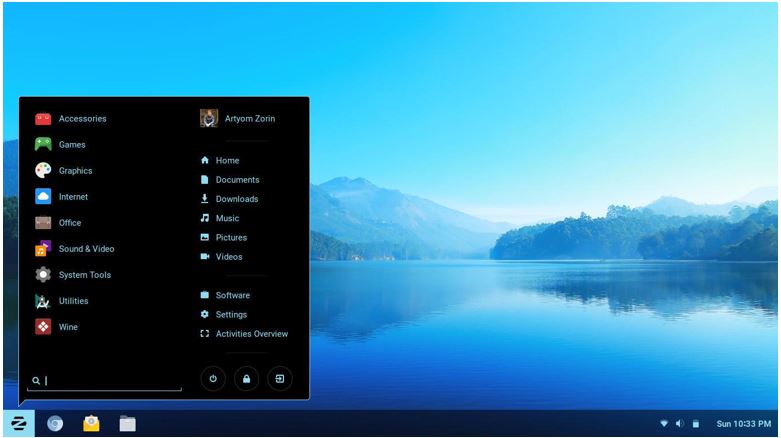 The Zorin OS operating system is also a very popular Linux distribution that can be used to replace Windows 7 systems. Its start menu and taskbar are very beautiful, the overall interface is beautiful and vibrant, and it is also very good in terms of speed and stability. If you like Windows 7 instead of Windows 10, then Zorin OS will be your best choice. Zorin OS also pre-installs a lot of software including Wine to run Windows software on Linux, so it means this is the Linux that runs windows programs, without the hotchpotch of Wine installation.

The interface style of its gorgeous imitation Windows 7 system is even more impressive. Try it out boldly. Zorin OS is translated into over 50 languages. This Windows like Linux includes multiple themes full office suite to professional photo editing software. 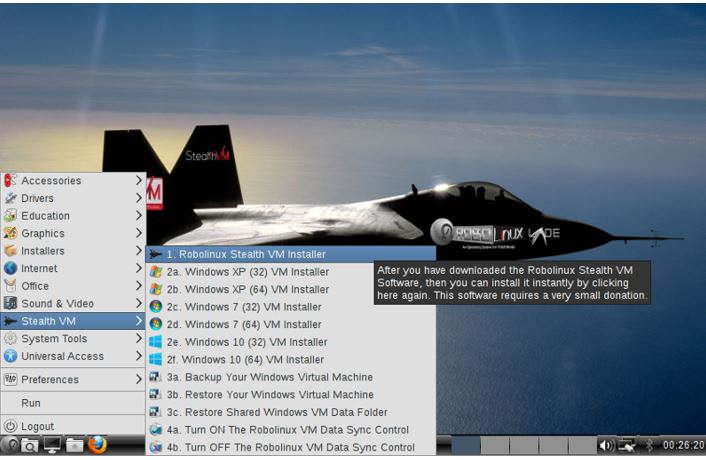 The Robolinux operating system is another Linux distribution with a Windows operating environment (Wine) embedded. It allows users to run Windows applications on a Linux system, so you no longer have to worry about your favorite Windows applications being unusable on Linux systems. In the Robolinux system, this feature is called “Stealth VM” that easily let you run Windows within the OS virtually. It has one-click installer for Window 10, 7 & XP.  At the same time, the Robolinux system also includes several other desktop environments, you can choose a desktop environment according to your preferences. There is also a tool in this system for a full backup of the C drive that won’t let you lose any files. Very unique, right? 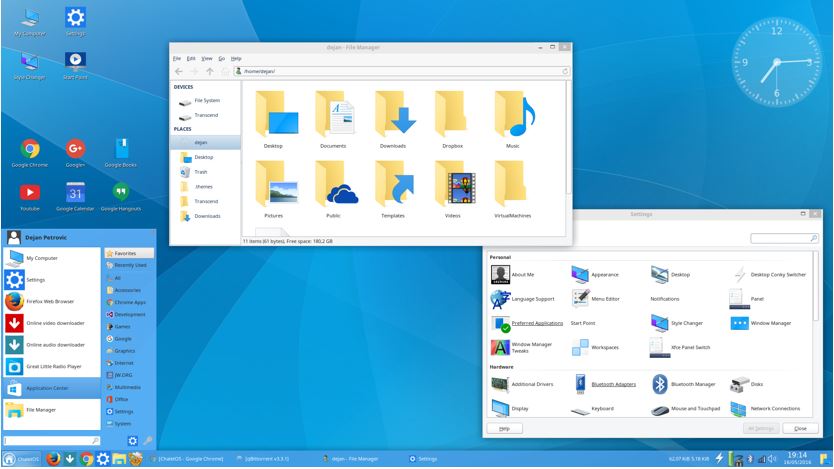 Has anyone used the ChaletOS operating system? This is one of the Linux distributions that are closest in appearance to the look and feel of the Windows’ interface, same icons, and style. The screenshot above is the result of the Windows 10 icon and theme package. After using this theme package, the desktop of ChaletOS can be made the same as the Windows 10 interface. Some pre-installed applications can also help you better use the ChaletOS system. In the process of using it, you seem to be back in the familiar Windows world. The screenshot above actually made my friends believe that it was true. Give a try to this Windows-like Linux distro, you will definitely like this release.

When we talk about the Linux distribution for a beginner that also look like Windows then how we can we forget the Kubuntu. The clean and sleek interface of the Kubuntu is really adorable.  It developed by a worldwide community of developers and can be a best free and open-source alternative to Microsoft Windows and Mac OS X.  Kubuntu is an Ubuntu-based Linux operating system that combined with beautiful looking Plasma desktop environment. It comes with pre-installed applications to full fill most of our daily requirements. It includes productivity, office, email, graphics, photography, and music applications. For example, Firefox, Kmail, LibreOffice, Gwenview and more, the best part is it has the Discover software center to install the software with one click.

The benefit of the Kubuntu is it built using the Qt toolkit that gives it a sleek look and mobile-ready. Anyone can easily access this Linux desktop from Phone or Tablet just by installing the KDE connect from Google play store.

To neutralize the perplexion of Linux beginners, I tried to make this Windows-like Linux distribution list as comprised as with only the best available options from my point of view. However, if you have some proficiency in Linux you can customize any Linux distro to look exactly like Windows 10/7/XP.  There are also some Linux distributions with the great user interface or desktop environment that are not mentioned in this article. If you want to know about them here it is 10 Top Most Beautiful Linux Distros or Operating systems. I hope that you will come up with the comments below to help our new friends make the right choices in the process of choosing a Linux distribution.

These five operating systems are the most widely used Linux distributions for new users from Windows to Linux, and of course, Elementary OS systems but that not look like a Windows that’s why it is not in the list. Which version you want to install is entirely up to you. In most cases, the Linux Mint operating system has always been the leader for Windows like Linux category. If you are just entering the world of Linux, I suggest you start with the Linux Mint system. Take action, install a Linux system of your choice, and move forward to become a member of the Linux open source world.

How to install & use Chrome Remote Desktop for PC

How to install Kali Linux with GUI on WSL Windows 10

How to install docker toolbox using Chocolatey Choco on Windows 10