The Microsoft Store aka. Windows Store in Windows 8 had a good number of apps, but it wasn’t widely accepted by the users. There were reasons. The biggest reason being the unavailability of the most popular apps on the Store, and its limited choices. Even if the users were happy with the limited choice of apps, another big disadvantage was the opening of the apps in the full-screen mode. Even Android introduced the split window feature in Android Nougat. But at that time, the apps, which were downloaded from Windows Store had to be opened in a full-screen window, kicking away the possibilities of working with multiple apps at the same time. Thus, there are disadvantages with the Windows Store in the Windows 8 and 8.1 era. 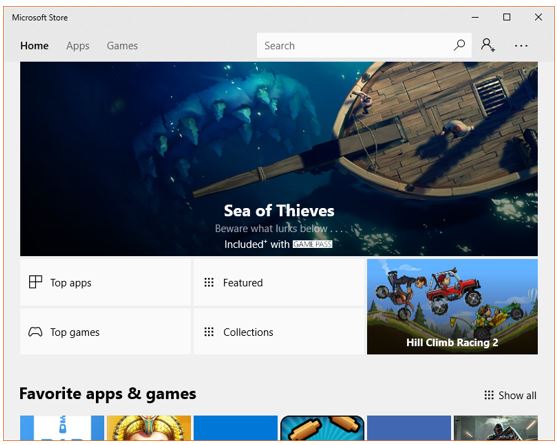 The problems with the Microsoft Store

Before talking about the advantages, it will be a good idea discussing the disadvantages or the problems, you might face by downloading your primary apps from the Microsoft Store.

That was all about the cons or the problems you might face by downloading or purchasing apps from the Microsoft Store.

The good sides of the Store apps

But there are numerous advantages as well, if you download, if not purchase apps from the Microsoft Store. Let’s find them out.

They were all about the advantages of the Microsoft Store at present.

What is your view of the apps and content, which you can get from the Microsoft Store? Surely let me know about it in the comment section down below.

How to convert PowerPoint PPT presentations slides to GIF

How to download apps on Windows 10 laptop or PC: 5 Different ways

How to install apps without Google Play Store: 3 Ways

7 thoughts on “Why is the Microsoft Windows store so bad? Really, should you use it?”