“Lightweight Linux distribution terms” can be different from one to another. It’s all depends on whether he /she wants whether a Linux with GUI or CLI  and how much system resource he/she can provide to their Virtual machine running Linux system. Here we are considering that you are a user of either Virtual Box, Vmware Player, or Hyper-V and looking for a Lightweight Linux distro with fewer resources consumption to run on VM (memory, CPU, and Hard disk). Also, if you are a user of Windows 10 or 11 then can consider WSL to start learning Linux.

Puppy Linux is one of the best Lightweight Linux that one can easily install on a Laptop or Desktop using a virtual machine (VirtualBox, Vmware, or Hyper-V). Even we have used it using Qemu on Windows without virtualization support and it ran successfully. In another scenario, we use the Puppy Linux On VirtualBox while Hyper-V was enabled and we all know in parallel to Hyper-v, VirtualBox is hardly able to run Ubuntu and other Linux operating system like the same. However, it was not the problem with Puppy Linux due to its low resource consumption and hardware requirement. It can run on a 333MHz CPU paired with 256MB RAM and a 512MB swap file which is extremely low as compared to today’s Virtual machine resource ability to assign.

Moreover, based on Ubuntu, the user will have the familiar command-line package manager and compatibility with thousand of Debian packages. The Graphical interface of Puppy Linux is also quite cool.

So, without any doubt, the user with old hardware running a Virtual machine can easily start with this Linux operating system.

Another Lite version in Linux distros to run VM on Virtual Box/Vmware/Hyper-v is “Linux Lite“.  With Windows 7 like interface, it makes the MS Windows users easily switch to this Linux operating system. It comes with a free Office suite and other common useful software like other Lightweight Linux distros mentioned here but without putting much stress on your Virtual machine as well as on the host machine.

Linux Lite is also based on Ubuntu-like Puppy with of course customizations to make it consume fewer resources, the OS uses a tweaked XFCE Desktop environment. It can easily work well on a virtual machine running on a 1 GHz CPU, 768MB of RAM, and 8 GB of storage.

It also takes care of users’ privacy and security by providing a highly configurable firewall and one-click update of the system. Furthermore, built-in applications such as Lite Tweaks and Lite Software will help the users to enhance and optimize the system’s performance.

MX Linux is a relatively new distro but enough old and mid-light in weight to offer good performance even on Virtual machines with not high hardware resources allocation. The best thing is when most of the modern OS-dropping 32-bit support this one is still offering that. Yes, MX Linux’s latest version launched in 2020 offers both 32-bit and 64-bit versions. Based on Debian and antiX with the fusion of XFCE desktop interface offers stable but optimized performance. Apart from Xfce4, it is also available with KDE and Fluxbox GUI.

If you are a fan of Debian but don’t want to use it because of its hesitation to adopt new things early, then try out MX Linux.

LUbuntu is the official distribution from the Canonical developer team to provide lightweight Linux distribution with less RAM and space-consuming LXDE/LXQT desktop environment instead of regular Gnome. It required 1 GB of RAM and at least 386 or Pentium CPU.  This Linux distro is less resource hungry and even promoted by its developers as a lightweight distro, however, with all abilities it can compete with any modern Linux in terms of functionality. Because the user can install any software package that is available for the main Linux project of Canocnal i.e Ubuntu.

However, still, Lubuntu will not be much lighter as compared to Linux Lite and Puppy Linux.

I don’t know for what exactly you want a lightweight Linux distro, however, if you want to run some common server application such as web server, Database, MongoDB, File Server, OwnCloud, Game server, and more then try out the TurnKey Linux solution pre-built Linux Images for Virtual machines. Turnkey VMs comes with a pre-built app that you want with a CLI interface but that doesn’t mean you cannot install anything else over it. Being a Linux, we can install whatever you would like even a GUI interface or web console like Cockpit to manage it. But this for sure will be least in terms of resource consumption.

If you don’t want any pre-installed application then try out Turnkey Core based on Debian with a minimum set of tools to start with whatever you want.

Arch Linux is another lightweight Linux distro working on the KISS principle that is Keep it Simple and Stupid. It is meant to offer minimal Linux distribution, however, those who want a Graphical user interface can go for its based Linux called Manajro Linux.

But being not on Ubuntu or Debian doesn’t mean there is a lack of packages; Arch Linux and its Aura repository offer a way more option to install thousand of packages even from source with just a few commands or GUI interface as compared to Ubuntu.

However, Arch Linux in its standard start would be difficult for some beginners in terms of installations, hence we recommend using Majnaro Linux instead with the same performance but with various Desktop environment options.

Arch Linux uses Pacman, as a package manager developed specifically for it to install, remove and update software packages.

Bodhi Linux is another lightweight Linux distribution to run on VM- Virtual machine. It is based on Ubuntu while the tablet version of Bodhi uses Debian as its core. The developers made this Linux, to provide a minimal base system with popular software to manage day-to-day tasks.

It requires at least 512 MB of RAM and a 500 MHz processor, well 32-bit processors are still supported by this Linux. To provide a desktop interface Bodhi uses Moksha Desktop (window manager), a fork of Enlightenment DR17.

Are you looking for extremely lightweight Linux to run Docker containers? Then go for Alpine Linux. Earlier Docker Tools for Windows was also using Alpine Linux to run containers. It is based on BusyBox and musl, use APK as packages manager and users can install awesome, MATE, and Xfce desktop environments to get a graphical user interface.

Learn: How to install XFCE GUI on Alpine Linux 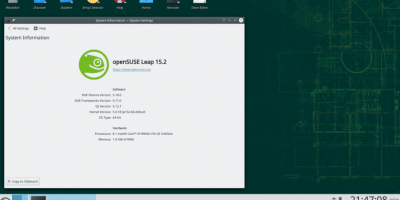 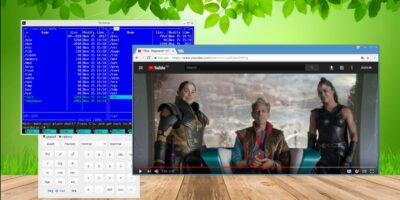 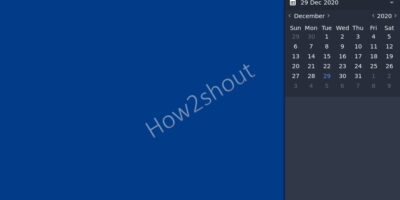 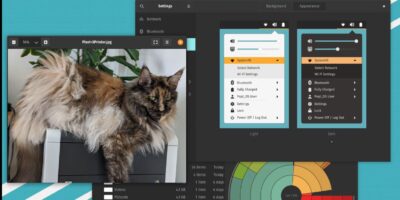