Vmware workstation Player is one of the best available virtualization platforms to run various Linux, Android, and Windows virtual machines. However, to adapt the host display and increase the performance of installed guest os or VMs it needs a set of tools called VMware Tools to install on Linux, Windows, and other supported OS.

VMware tools let us enable guests to host or vice versa content copy-paste (clipboard), drag and drop facility to transfer folders and files, and let the guest os to adapt the resolution of the host display.

Although we can install VMware Tools using the graphical options of VMware workstation player, however, on Linux this becomes a lot easier and straightforward with the help of a command-line terminal.

Here is the signal command that will install the VMware Tools on the guest operating system running on Ubuntu or Debian based Linux. The command we are using on Ubuntu 20.04 LTS, however, Ubuntu 21.04, 18.04/17.0416.04, and so on… including Linux Mint, Kali Linux, elementary, MX Linux, Debian, Zorin OS, and similar Linux distros can also use the same: 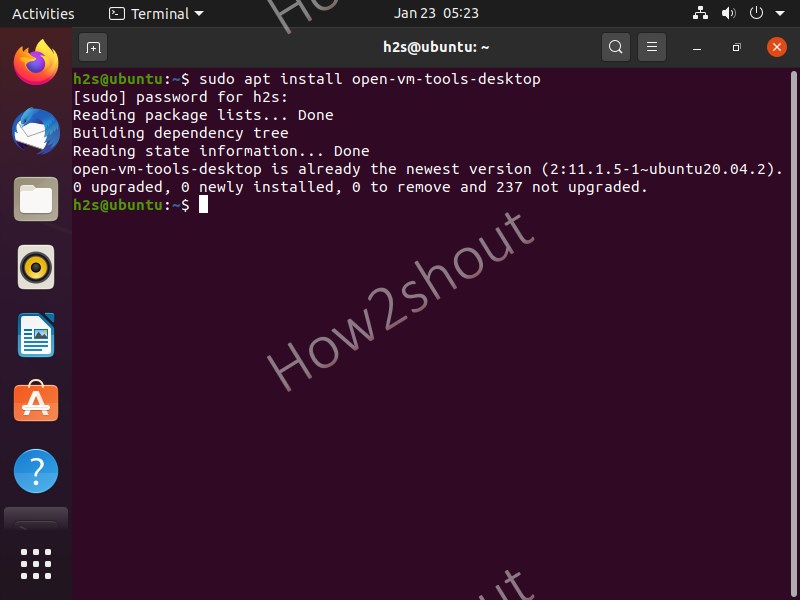