Are you looking for Linux distributions that give look like popular Apple’s macOS? Then here is the list to go through…

Although it is impossible to get exactly all features just like macOS in Linux because it is a proprietary one, however, we could install one in open source which at least gives feel like it.

The reason behind the infatuation of macOS is the graphic elements and transitions offered by it. And this is the reason why often people around the world trying to install skin or some third party Mac OS X Transformation packages to even make Windows looks alike mac.

Another is the reasons for all this is to experience the dock and since the Apple products are costly thus, everybody couldn’t afford them.

Indeed, the Hackintosh like methods are available online to install and use macOS but they are full of technical complications and incompatibility to our exiting PCs. Therefore, why not use the Linux with all its open source independence while having the MacBook like UI.

Moreover, with Linux customization scope is limitless, we can make our Debian or Ubuntu look like macOS with the help of Macubuntu transformation pack.

Before starting this list of open source operating systems look similar to macOS, one thing needs to know, this internal working and other features will be remain of Linux.

Well, Deepin is Ubuntu base opensource operating system that is popular because of its desktop environment and apps which gives not only macOS even Windows users a quite familiar feeling. However, earlier being a Chinese company & developer of this Linux OS, few people quite sceptical in terms of data privacy, however, that has been cleared by its team that there is nothing unethical happing in Deepin.

The DDE (Deepoin desktop environment) offers both dock or Windows 7 like start menu along with notification panel. Even the icons are quite eye-catching.

Also, all the day to day needed apps come pre-installed in Deepin, moreover, its App store has lots of useful apps ready to download on just one click. Yes, the issue I face while using it on my laptop was the wifi signal issues. Otherwise, it was smooth and easy to handle.

If you are looking for a distribution that will take you as far as possible away from the image of a nerdy hacker type driving around a terminal interface, then Elementary OS is exactly what you need. It’s probably one of the most attractive distribution, with a style similar to macOS. The excellent desktop environment of this operating system is called Pantheon and is based on Gnome.

The latest version of Elementary OS also has its own application installation user interface called AppCenter. It’s a wonderfully easy way to install apps outside of the terminal, which is handy since not many are preinstalled.

However, it comes with the Epiphany browser, the Geary email client, and some basic “tool apps”. You may need to add more programs. However, this is with the integrated AppCenter, which contains chargeable programs that have been specially developed for the operating system, e.g. Quilter for aspiring authors or spice-up to create presentations, easily possible.

BackSlashLinux is another Linux distro like mac but not that much popular in comparison to above two, however, still, the developers of this Linux distro have done a splendid job to depict macOS.

It is developed by an India software developer team and based on Debian. Backslashlinux comes with icons and dock resemble macOS one. It is one of the Linux distros with closes MacOS look. 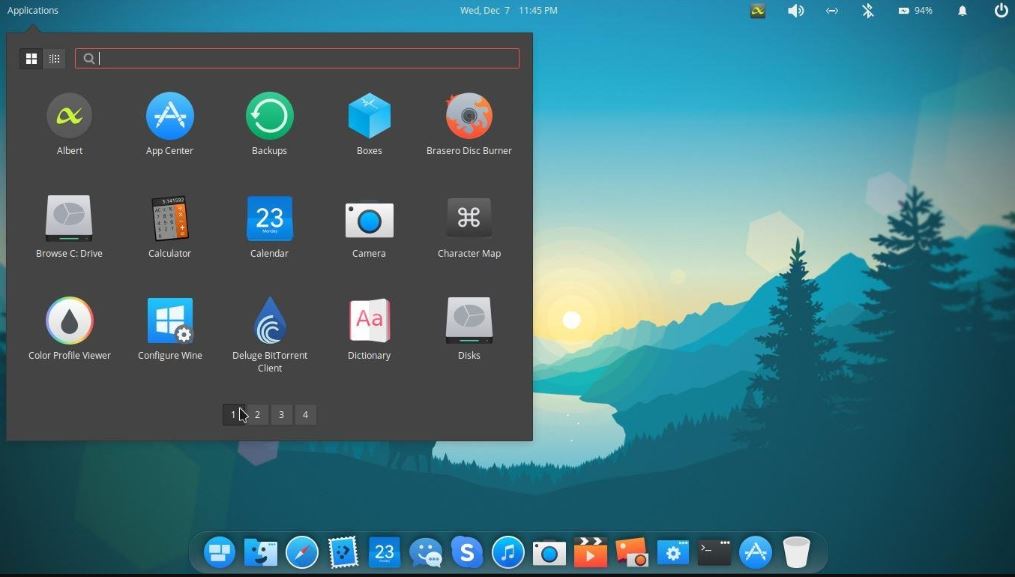 In the above screenshot, we can see the icons of Backslashlinux exactly similar to MAC.

Zorin OS is based on Ubuntu and was developed for Linux beginners, so it should be particularly easy to use. Special attention was therefore paid to a clear user interface. The user interface can be adapted with just a few clicks so that it is similar to that of Windows 10 and macOS. The Windows emulators Wine and PlayOnLinux are preinstalled so that many Windows applications can also be run on Zorin OS.

In the above screenshot, we can see Zorin OS Linux doesn’t offer exactly the same user interface like macOS but a touch of it. It offers a dock which can be adjusted to different positions as per the user requirement. Thus, at least give it a try if you are a beginner to Linux.

There are several variants of Zorin OS: