All Linux beginners are looking for a source to learn Linux/Unix commands line shell. Because all advance level tasks performed on the platforms like  Linux, Unix, Ubuntu, and Red Hat are in the command line. But the problem is that the Linux commands are so vast and remembering all of them sometimes very difficult especially for Linux beginners. So, to solve this problem here we have listed some top apps to Learn Android Linux Command Line Shell on your smartphone. These apps will show you how and which command of Linux meant to do what. If you are using the Android terminal emulator on the smartphone than some of these apps guides you commands to work with that too.

All the apps mentioned in this article to learn Linx/Unix commands are free to download and use. 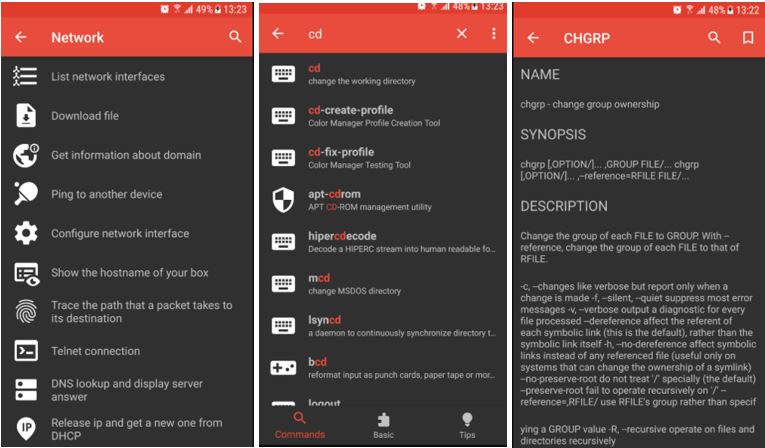 It is a great app for the beginners to learn the Linux commands. The tutorials on Linux commands provided by this app are categorized in very well manner, so that a newbie to Linux can easily understand them. The commands are categorized users/Groups, Files/Folders, System Information, System Control, Hacking Tools, Package Manager,  Terminal Games, Search/Find, Network and Video/Audio.

The app also provides some explanation or insight of each command names. If you are using some android terminal emulator, the Linux command library will help to show you how to execute each command to perform different tasks.

The categorization is well but the page formatting is missing in this Linux command learning app. We hope in future these improvements will be there.

Shutdown, reboot, lock/unlock screen, print external/internal ip, print cpu/battery usage are some examples of Linux commands provided by the app to learn how to work with the CLI(Command Line Interface) in Android.

Linux Commands provides all basic command list usage along with a description to know about the commands.  It provides more than 100 commands divided into sections: System control, Handy Commands, Command list and Network, Git commands (pro only), Admin commands (pro only), Files Folder Commandsm Users or Groups, Package manager commands and Hack Tool Kali Linux (pro only). Searching for some particular command is also possible. Get it from here. 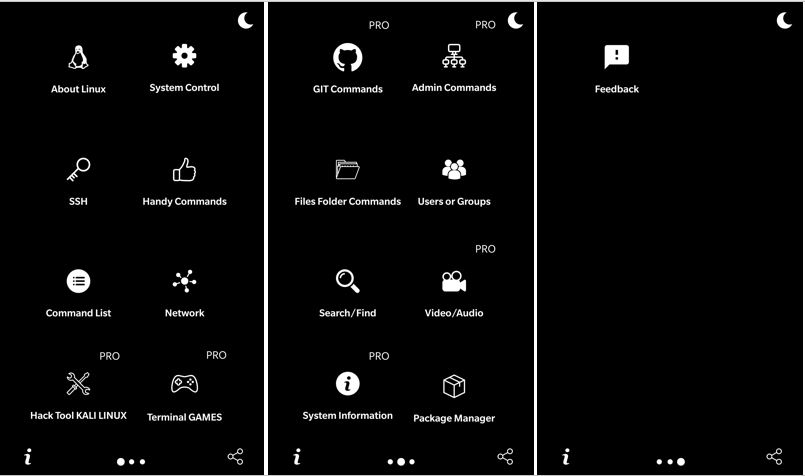 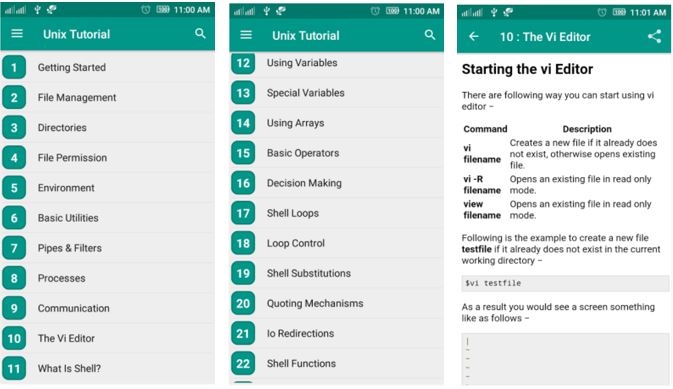 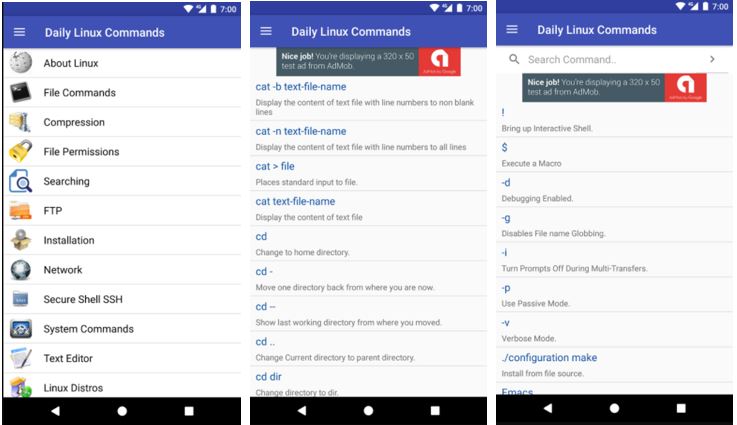 The interface of this Linux command learning app is very intuitive and easy to understand for beginners and provides all basic Linux commands.  The navigation of Daily Linux Commands meant to find out different commands  & very easy to use as they are divided into categories to better understand the difference between the usage.

Also provides a search tool to find out particular command instantly, while on the go. The interesting thing is it notifies and suggests you some Linux command daily so that you keep in touch with Linux. 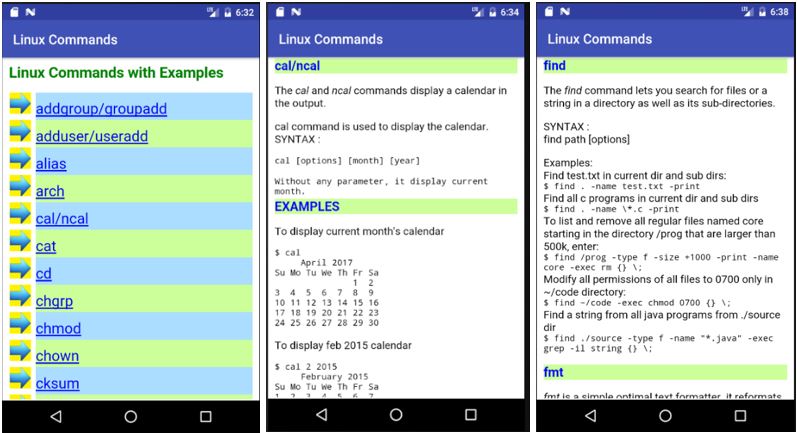 Another simple Android Linux commands tutorial app that provides around 123 commands along with a short description and examples. This android app works perfectly offline and needs no internet connection. All the Linux commands listed in this are in alphabetic order which makes it useful to find about the usage of any command if you get stuck somewhere on the bash command line. Even the app supports the zoom in & out feature to enhance the user experience. 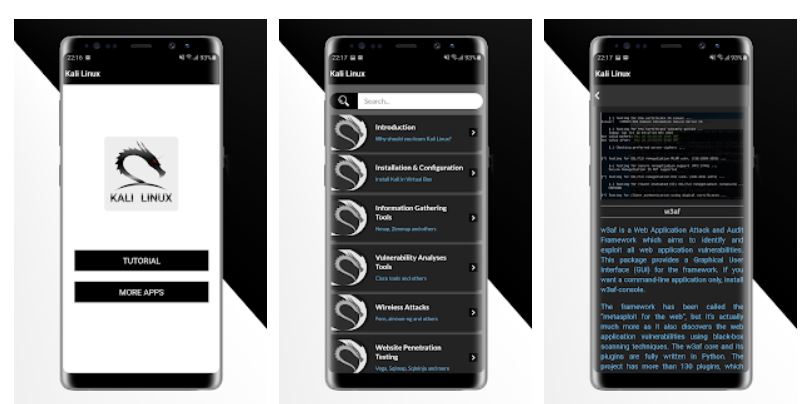 If you talking about learning the Linux commands then how can we forget the Kali Linux? (See: Best Linux Penetration Testing Distributions for Ethical Hacking).

This Linux commands learning app provides tutorials to learn the hacking commands of Kali Linux. The developer has arranged all the commands in a step by step hierarchy manner and also tried to intuitive to some extent. 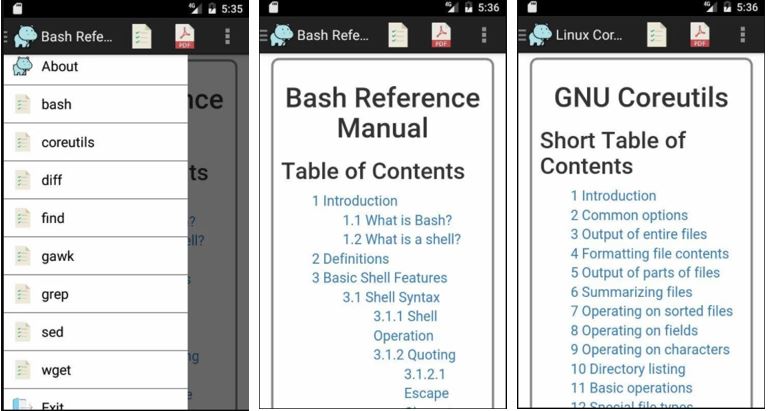 This Linux tutorial handbook guides you through the various tools required in Linux shell script. The approach of this app is very simple and basic which helps the beginners to clear doubts.  This app contains manual for the following things

If you are absolutely novice to Linux then this app surely helps you a lot because of nicely divided section and example to use the commands. 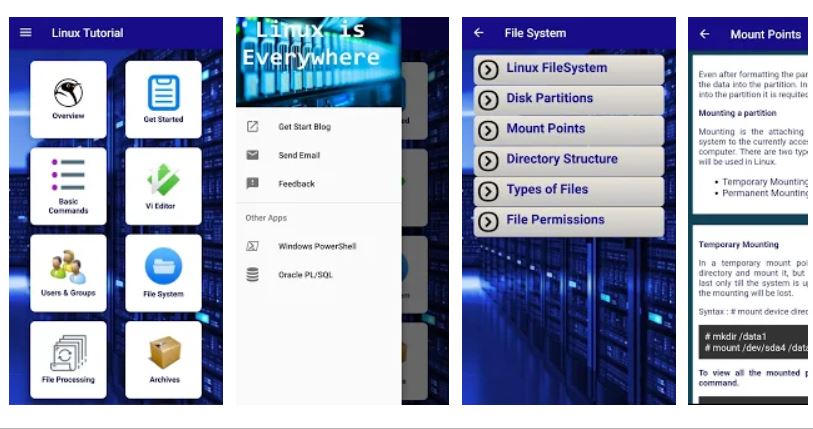 Note: If you are using any other good app to learn Linux/Unix commands on your smartphone other then listed above, please let us know… 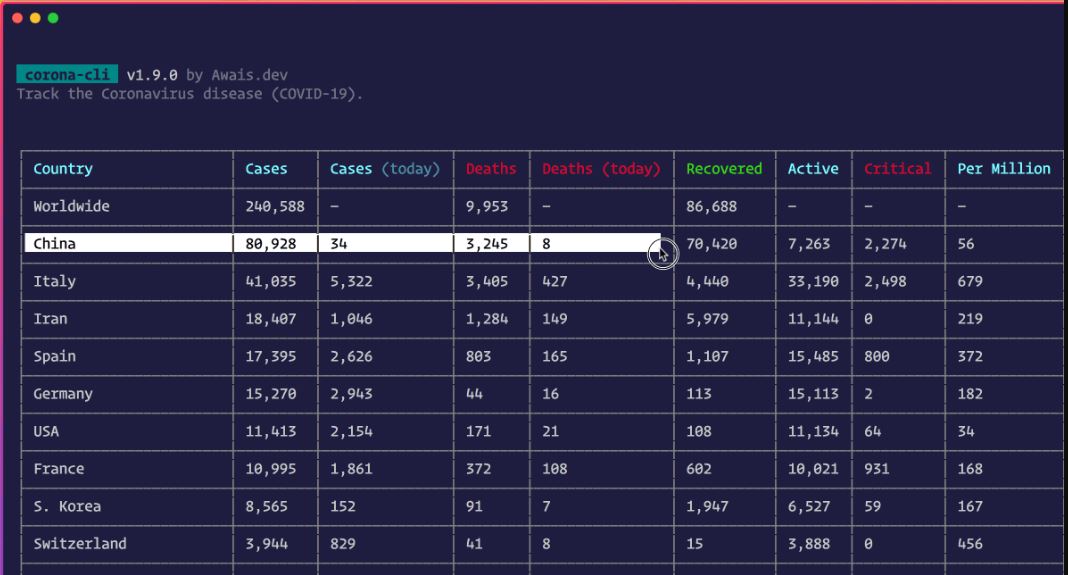 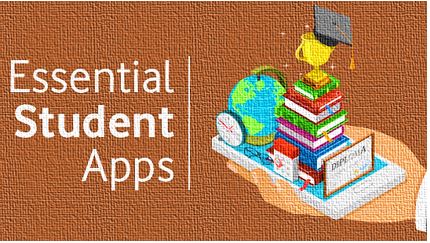 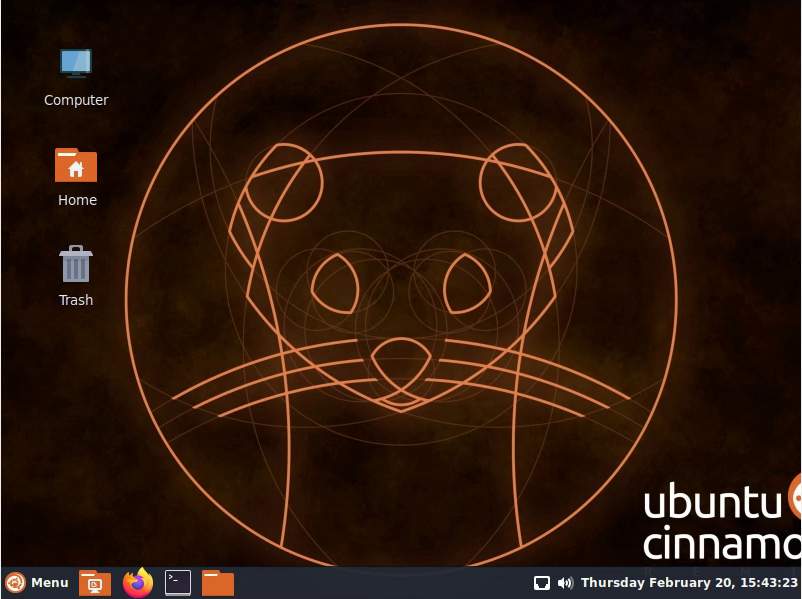