To Remove Google Account from Android Phone you just need to follow some simple steps. It doesn’t matter which phone you’re using it can be Samsung, Vivo, OnePlus, Huawei, Oppo, Asus Xiaomi or any other, however, the process of Gmail account removal will be the same. But before going to that let see what is your Google account for?

The Google Account on your Android smartphone allows you to sync your contacts, emails, apps and other data using your Gmail ID to different device login with the same ID. Also, the same email ID is used to syncing your browser history.

Removing Google account from an Android device will also remove your access from other Google services from that particular phone. For example, you won’t able to run Youtube, Google Play store, Gmail, Google Music like services unless and until you add some new Google account. Google Account is basically your Gmail ID which allows you to use different Google services.

So, if you have assigned multiple Gmail IDs or Google Account to your Android and now want to remove then here are the steps to follow:

Because different Android manufacturers use their own custom layer of interface and that’s why most of the time the location of options under the Setting section is not similar. So, here is the common method remove google account from android without factory reset.

Step 1: Go to Gmail-> Tap on the left side top burger icon->Tap on your email ID-> Select the Manage Accounts-> Tap on Google. 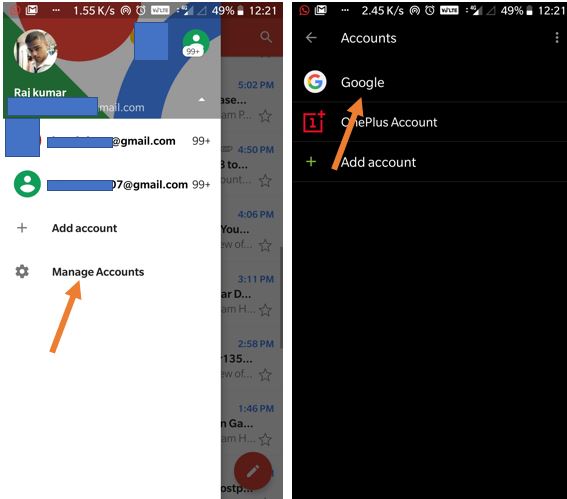 Step 2: Select the email ID you want to remove then tap on the top right side three vertical dots and then on the Remove account. 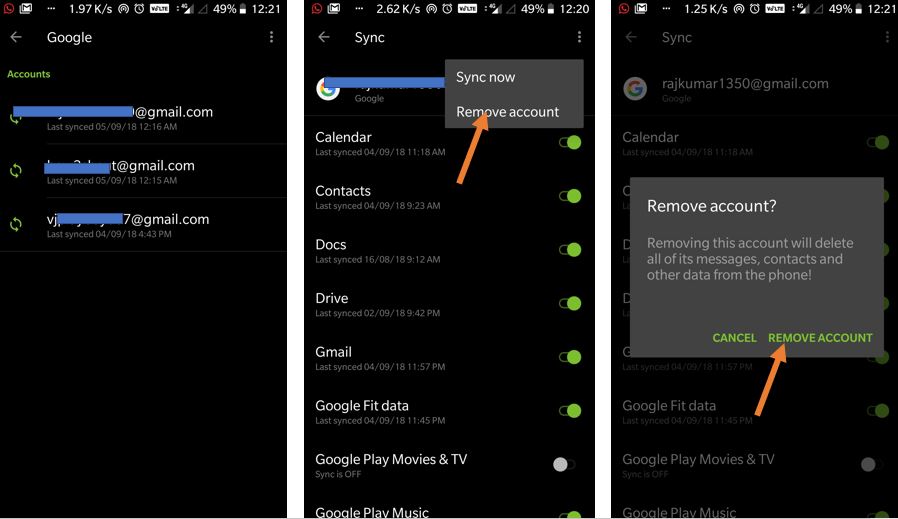 However, you can also add again your old or new Google account from Accounts section in case you want to reconnect it later if you change your mind.

We get hundreds of emails every single day, and among all that we get, only a handful of them, maybe 2 or 3, or...
Read more
Tools

If you are a professional who solely works from home, or if you do own a business and work with a team, no doubt...
Read more
Tools

Best Free Gmail add-ons which Everyone should try

Nowadays for any kind of official or personal communication needs, e-mail id, a very important and unavoidable tool. Billions of people around...
Read more

Tekken 7 game is considered as one of the...
Read more
How To

The traditional way of shutting down a Windows computer...
Read more
How To

PDF files are quite common these days and it...
Read more
How To

If you want to encrypt everything on your computer...
Read more