What is Foreman in Linux?

Foreman is an open-source lifecycle management suite – this means that it covers all tasks that are pending, from creation to configuration and monitoring of a system. It is doesn’t matter whether it is physical or virtual systems or Docker containers, Foreman works the same for all of them. Hence, with the help of this provisioning, configuration, orchestration, and monitoring platform physical systems can therefore simply boot from the network and be installed automatically and standardized. Numerous hypervisor and cloud platforms can be addressed through plugins, for example, VMware, oVirt, Amazon EC2, Microsoft Azure, XEN, OpenStack, OpenNebula…

Puppet is used by default for configuration management – however, Chef, Salt, or Ansible can also be used via plugins. Corresponding configuration rules can be created via the Foreman web frontend and the consistency of the system landscape can be displayed.

It is worth mentioning the RESTful API from Foreman is well well-documented, which is responsible for a large number of extensions. With a hammer, there is a very powerful command-line interface for Foreman.

Foreman has a dashboard that lists a lot of infrastructure information – such as Host configuration overview, last activities, Task and error overview, Recently imported patches, and more.  In addition, Foreman has an audit functionality that allows changes made – especially in the configurations of managed systems – to be traced.

The first and most important task before installing anything is to makes sure all the existing packages are up to date and also the cache of Repos has been rebuild.

2. Enable the latest Puppet release repo to install it

Puppet is a software configuration management tool required by Foreman to perform the automation, management, and deployment of various packages of systems. It follows a client-server architecture. To install it on AlmaLinux or Rocky Linux 8 version, run the below command to enable its repository on the system. 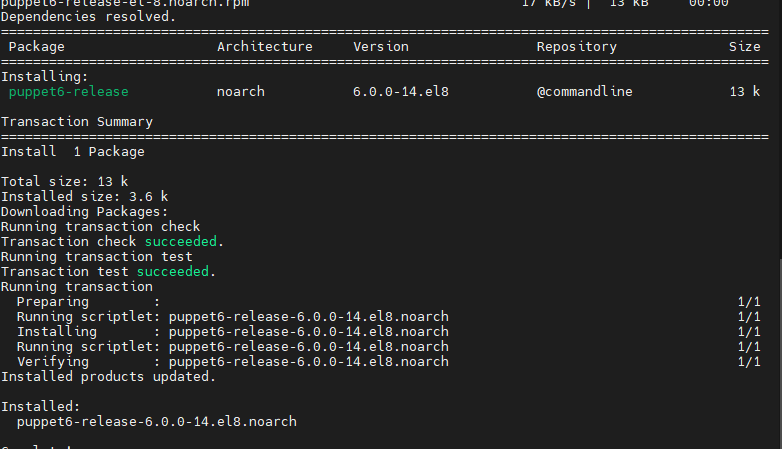 Foreman and even puppet developed using Ruby, thus we need it on our system. Hence, use the below command to enable it on your system.

As Foreman packages are not available to install from the official Base or AppStream Repos, thus we have to add its official repository manually on our system.

5. Command to install Foreman on Almalinux or Rocky 8

We already have configured the things we need to get Foreman installed on our RPM-based Linux system including for CentOS 8. Now, let’s run the command to install this open-source platform.

To complete the setting up Foreman, run the setup installation command-

Once the setting up of this open-source automation platform is completed, you will get an output with the URL to the login web interface of Foreman.

You can see in the below screenshot, you will have the URL to access the web interface along with credentials to log in.  For more information check out the official documentation. 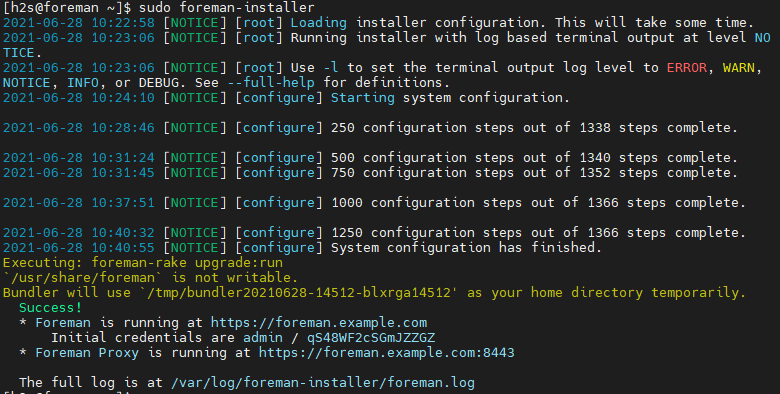 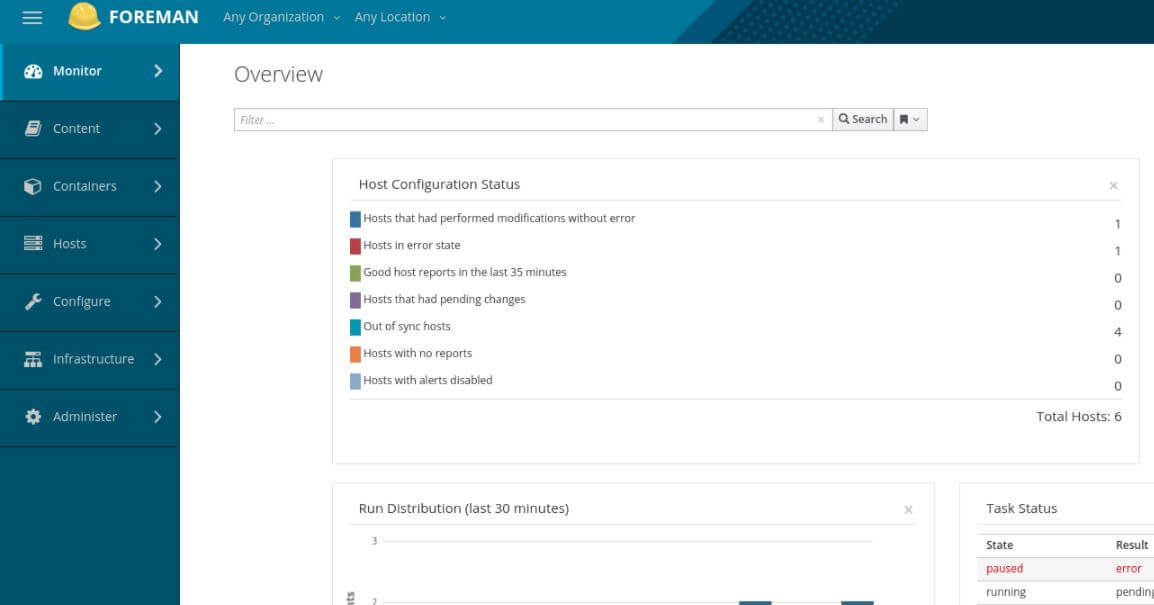