Stremio is an open-source online streaming player for Linux, Windows, and macOS. Here we will show the process of Stremio installation on the Linux Mint distro.

To watch various videos and shows online, the users can use the Stremio streaming application that fetches content using the various add-ons available to activate, created by its community. As we know the installation of any application is pretty straightforward on Windows, however, for Linux, it would not be.

Go to the official downloads page of Stremio download the package available for Ubuntu/Debian. Here is the link to it.

As it would be straightforward to install various applications using command terminal on Linux, thus for Stremio we use the same. On your Linux Mint, go to Applications or click on the terminal icon given in the Taskbar to start it. And after that run the system update command.

As whatever we download from the internet using a browser on Linux, by default goes into Downloads folder thus, we first switch to that.

and to see all the available files it that, type:

Finally, run the command to install the Stremio Debian package available under the Downloads directory using the APT package manager. 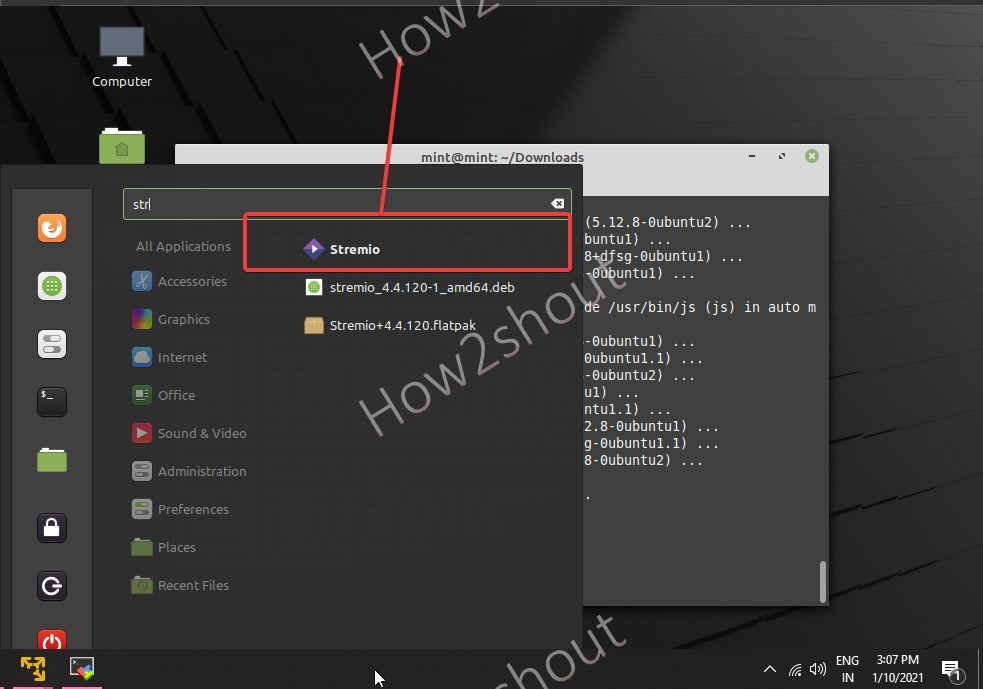 If you are getting an error while starting the Stremio, that “error while loading shared libraries: libx264.so.152: cannot open shared object file: No such file or directory“. Then run these two commands as well. 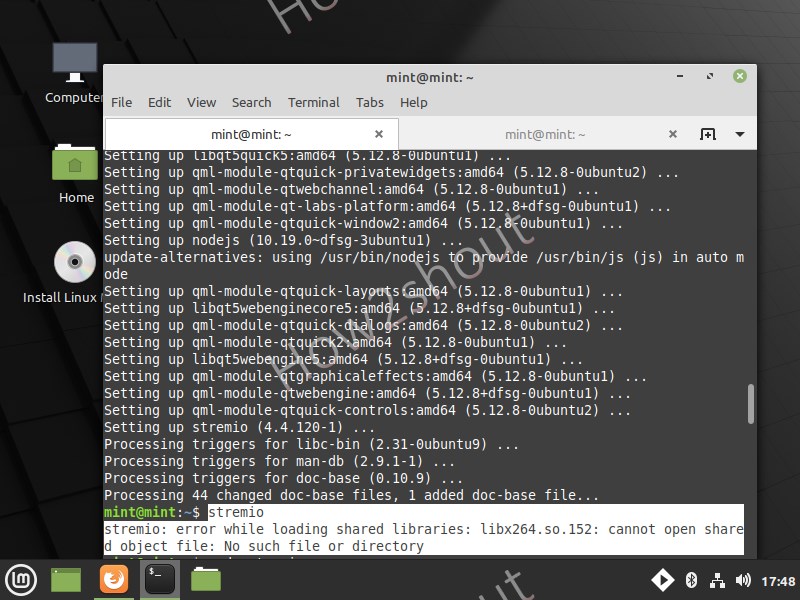 Finally, you will see that the Stemio will up and run like any normal application on your Linux Mint distro. In case you are facing some other error or problem then let me know, maybe I could help in solving that issue. 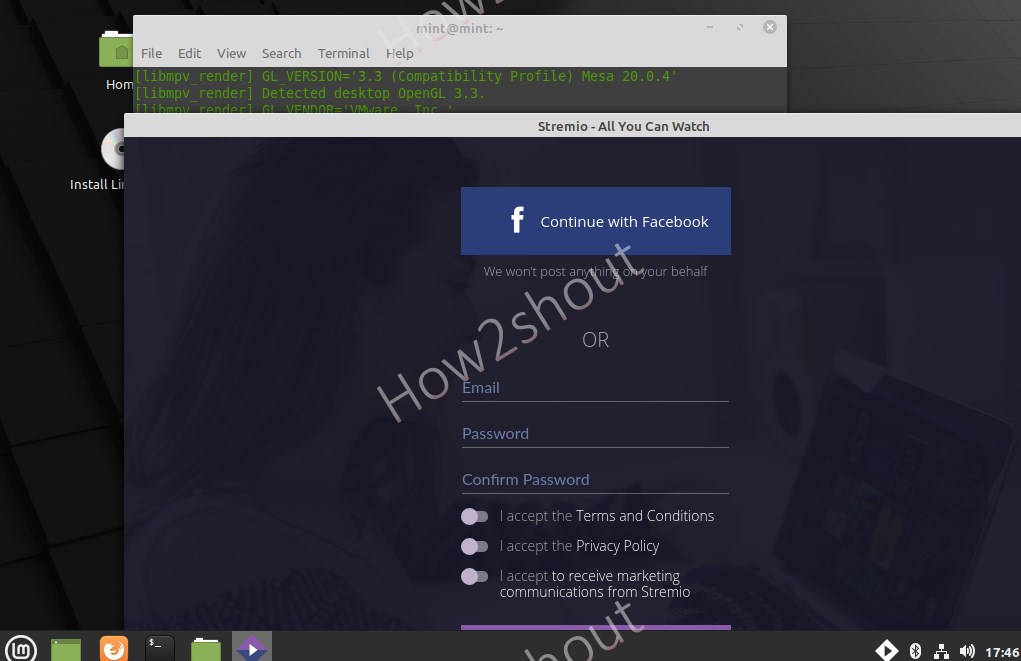