WineHQ is a popular Windows Program loader for Linux-based systems, here we will see the steps to install and set up Wine for the Linux Mint distro.

Wine is not new to the Linux world, it has been quiet for some time now, and with every version, the developers of this platform trying to bring more stability and compatibility with a wide range of existing Windows software. For example, with the supports, Direct3D 11 with AMD and Intel GPUs; Vulkan backend for WineD3D, DirectShow, and Media Foundation support; the uses can now run various Windows games under Linux.

It enables the execution of Windows programs with the help of interfaces, without using any kind of a virtual machine such as Virtualbox. And for that Wine forwards the system calls directly to the Linux kernel and the graphical user interface so that the programs appear to be executed natively under Linux.

To verify the packages we are about to install using the repository of Wine, first, we need to add its GPG key, here is the command that will do this for us.

Also, enable the support to 32-bit architecture, as many Windows programs are still in and support only 32-bit.

Once the repo is added, we have to make sure the system is recognizing the changes. For that run system update command, it will rebuild the repository cache to make sure the latest packages are available to download and install.

Now, here is the command to install the latest version of Wine for Linux Mint. WineTricks offers a graphical user interface to manage WinePrefix and install DLL.

Once the installation is completed, check the version of the Wine to know the command-line tool of its is working fine.

To use the WineTrick GUI interface, simply in your command terminal type: 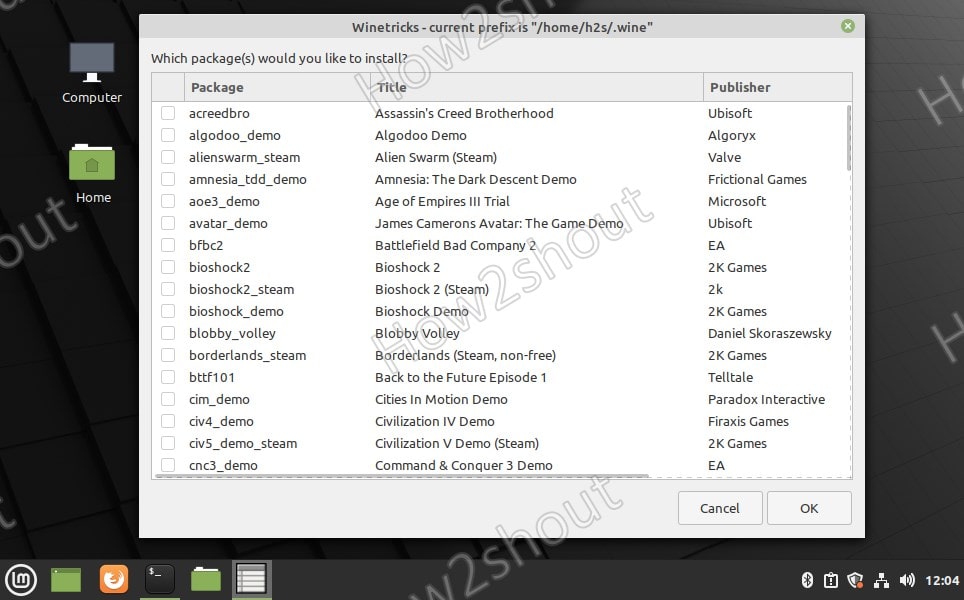 To know how to use Wine for the installation of any Window application on Linux Mint, see this article – How to install Microsoft Office 2007 on Linux