When youtube and other similar platforms are proliferating then the need for the best video editor software is at its zenith and if we get something free and opensource to edit our videos then it would be ‘icing on the cake’.

Now, we are in 2020 and already the Open-source software has gained a good reputation in the IT sector. It is because of the source code which is available for everyone that is not the case with closed software thus also reduce the risk of having spies or other third-party spy software.

With the free and open-source program “OpenShot Video Editor” we can easily edit our videos for Youtube and other projects quickly on Windows and Linux systems.

The functionality of the video software includes 3D animations, curve-based camera movements, various transitions, and the mixing of audio tracks. There are up to five video and audio tracks available for video editing, which can be linked together in numerous transitions and effects.

Since the software is based on the FFmpeg library, it supports the most common audio, video, and image formats both for importing and for the final output of your video. Simply drag and drop the project data to be used into the program window or directly into the multi-track timeline, where you can then edit the clips. It helps a lot to newbies who have just started video editing. 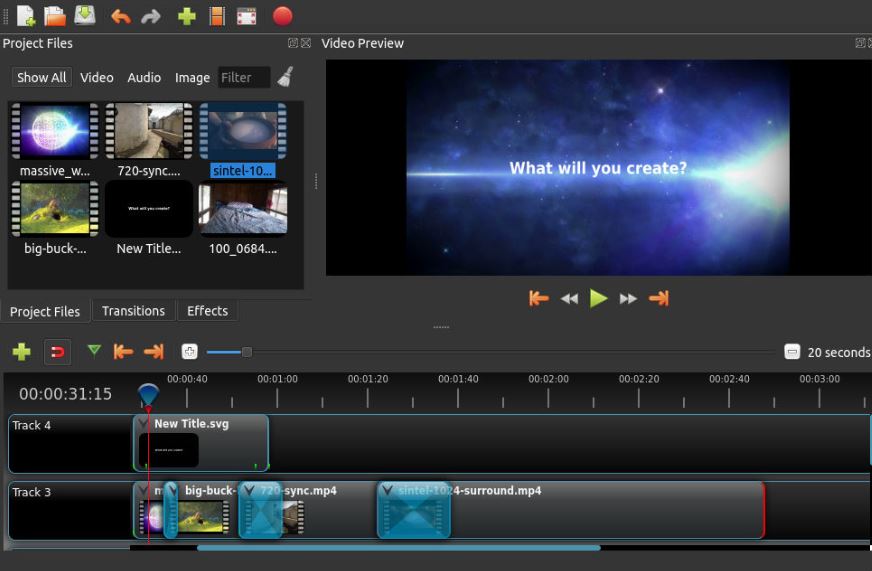 Furthermore, the user can create videos up to 4k resolution with max with a maximum frame rate of 60 frames per second. The soundtracks support a surround sound of seven channels. Also, OpenShot contains an autosave mode, which saves your project automatically after an adjustable interval.

It supports all common video and audio plus image formats and even can handle GIF files. Over 400 different transitions, effects and animations can be added using it.

OpenShot is a cross-platform video editor, with support for Linux, Mac, and Windows. Also, provide documentation to know how to use it.

To install OpenShot in Ubuntu, Debian, or Linux Mint, one can use these commands:

If you are have ever searched for free tools for 3D animation then I am sure you would have seen Blender, it is also a good tool for video editing but not a beginner.

Blender includes a non-linear video editing system that is available in all the current stable versions for Debian, Ubuntu, and other Linux using Snap store including executable for Windows 10/7… 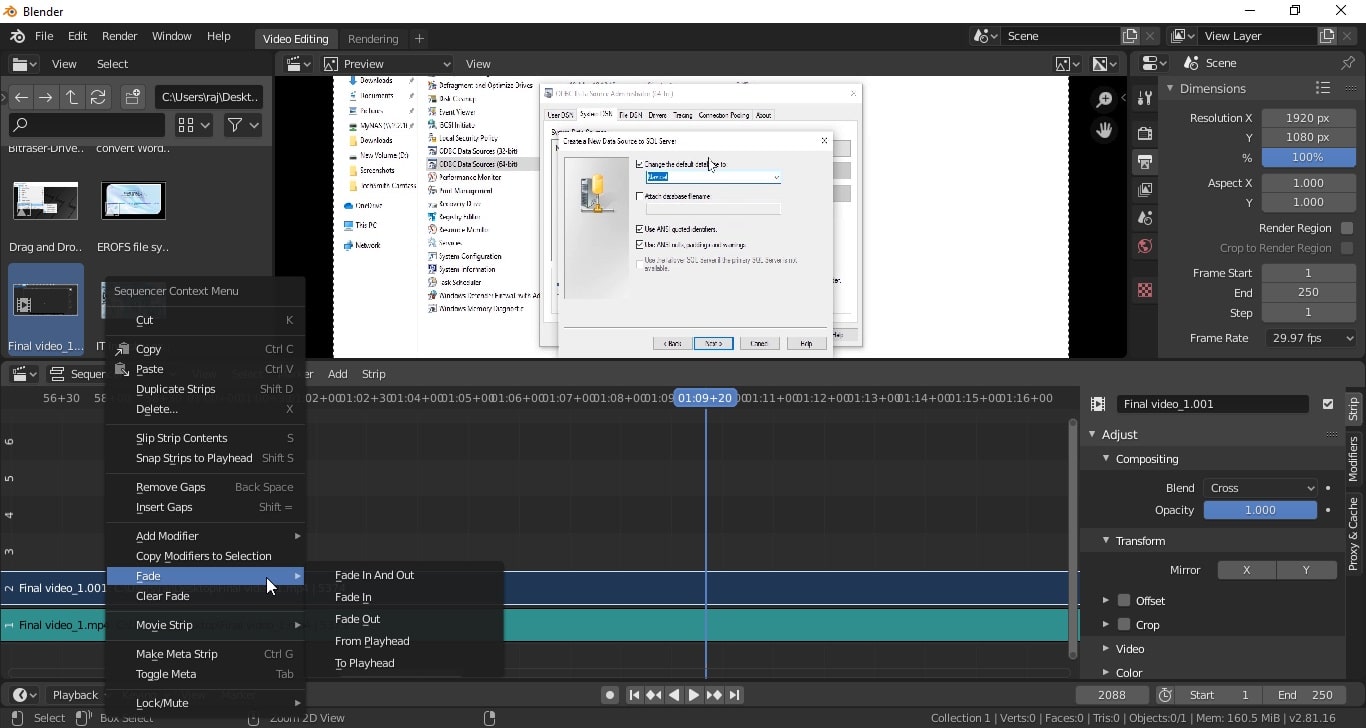 It is another strong contender in the free and open-source that deals in video editing. The developers have written it in Python language and offer a timeline-based interface to easily navigate through different frames of videos. This also gives it a professional look similar to Avid and Adobe premiere.

It has a quite extensive range of features such as

It is only available for Linux operating systems, one can use Flatpak to install it on all mainstream Linux distros. 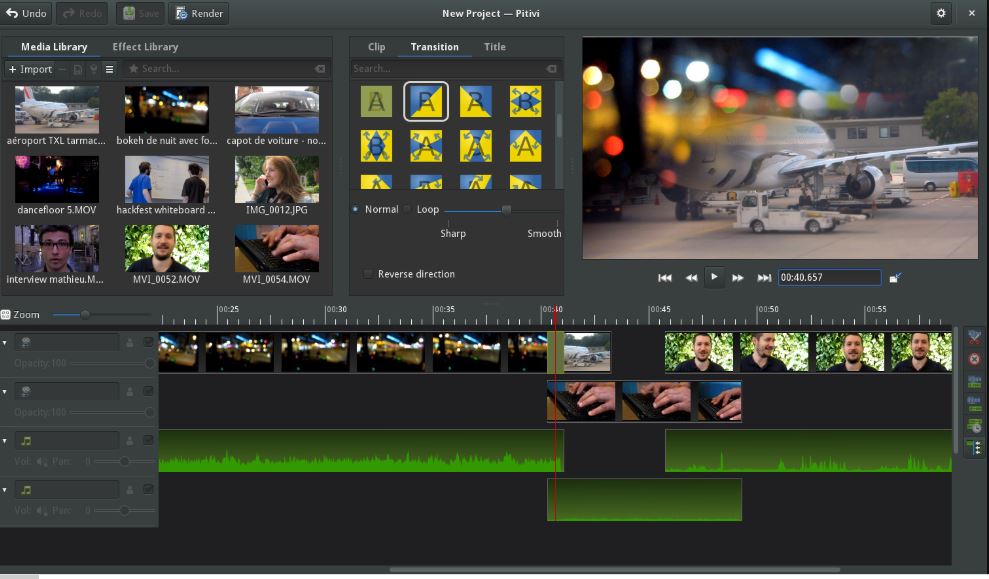 Install Flatpak before using these commands:

The Shotcut is an open-source video editing tool that allows to cut and convert videos quickly and easily, supporting a wide variety of formats.

In terms of audio technology, Shotcut comes up with all sorts of mixing tools and audio filters. Thanks to HTML5 support, one can also create impressive video effects. There is also a wide range of optical filters. Various display and monitor options make it easier for you to keep an overview. All of these options take some time before you can easily handle them.

Frame by frame video editing. Various filters and effects for image and sound are included for editing, such as color filters for video and normalization for audio. Projects can be saved as an MLT XML file, while finished films are output via the “Encode” button, where properties such as resolution or frame rate can also be set. In addition to multicore support, Shotcut can also use the computing power of graphics units via OpenGL. Shotcut’s standard user interface can be customized using various skins and modular windows. 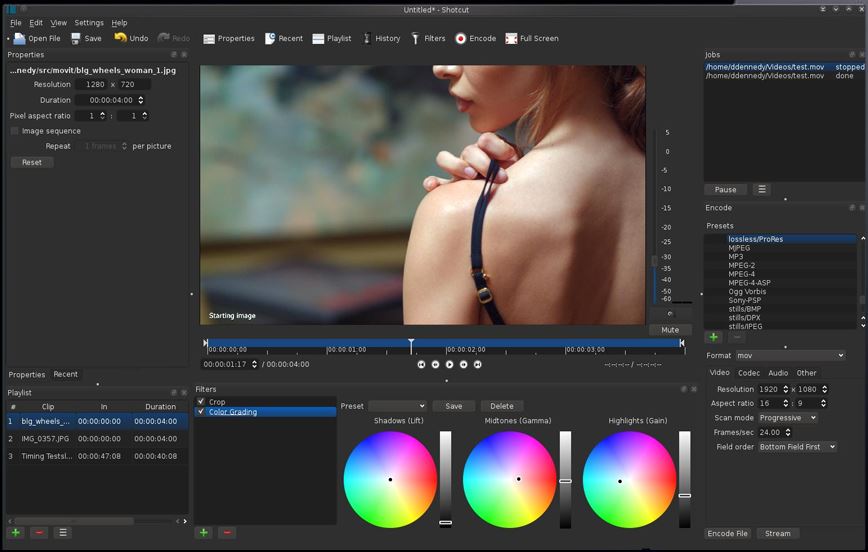 In addition to the Windows version shortcut also versions for Linux and OS X to download on the official website.

See– How to install Shotcut on Ubuntu 7 Linux. For other platforms see the official website.

Kdenlive is a KDE project and optimized for the KDE desktop, real-time multitrack video editing program. The program is included in the package sources for all leading distributions thus a wide range of Linux users can install it to use without adding any third-party repository. The distributions are Archlinux, Debian, Fedora, Gentoo, KDE neon, OpenSuse, Solus, Ubuntu, LinuxMint, Elementary those are not here can use the App Image|SNAP|Flatpak. If you are not a Linux user, then don’t worry KdenLive’s open-source video editor is also available for Windows and macOS.

KdenLive is based on MLT video Frameworks and FFmpeg. The interface of the software is customizable and unlimited undo steps and functions for organizing the timeline. Also supports 4:3 and 16:9 aspect ratios for both PAL, NTSC, and various HD standards including HDV and AVCHD.

In addition, Kdenlive supports camcorders, webcams, and all common audio, video, and image formats and the recording of the screen content.

It also supports all common video formats supported by FFmpeg or libav (such as QuickTime, AVI, WMV, MPEG, and Flash Video, among others).

To run on standard resources computer, the KdenLive smartly created a low-resolution video of the source clips to make sure the editing would snag-free, and later after editing when the user renders the same, it uses full resolution for final output. 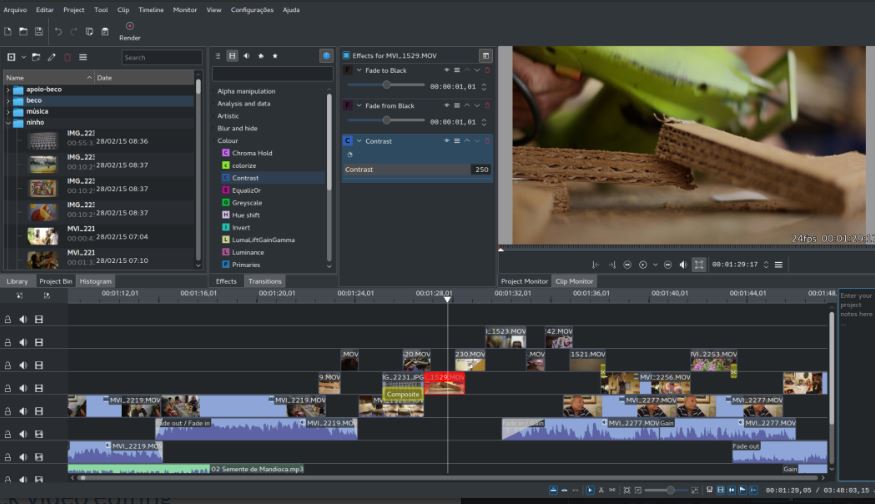 It is relatively new software but with quite a professional interface just like Adobe premiere. In the following screenshot, one can see the timeline and editing tools including audio levels same as Adobe.

I used it on Windows 10 and the performance of this was good and didn’t face any unexpected crash. One should give it one chance if you are looking for some prosumer editing tool, definitely, it will not underestimate you.

Besides WIndows, it is available for Linux and macOS as well. 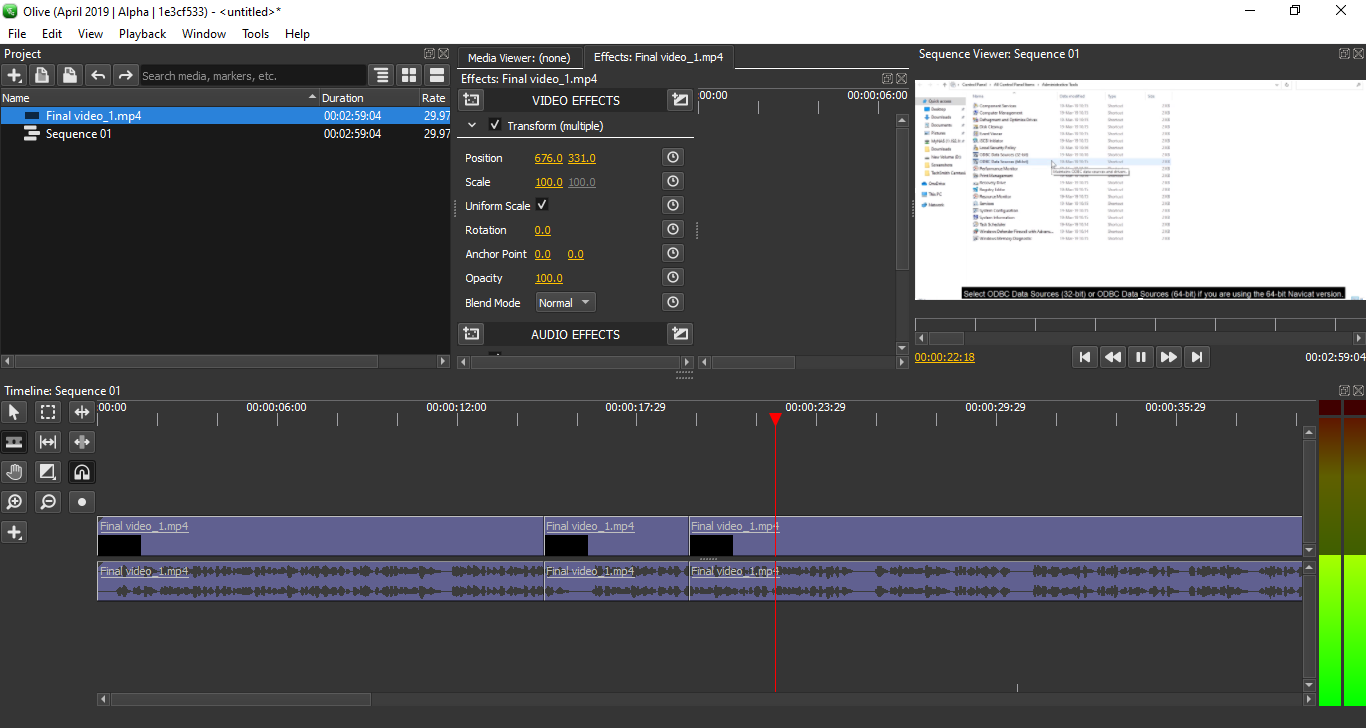 To install it on Ubuntu, Linux Mint, Debian, and other similar kinds of Linux Distro, here are the commands:

For other Linux, one can use the SNAP command:

Note: The system should have SNAP before using its command.

So, these were some best tools for video editing in a free and open-source category. If you have never touched any video editor before then start from Openshot and those who know a little bit about how these software work they can go for Shotcut or Kdenlive, well, of course, try Olive and Prithvi too as they are also worth having one look. Whereas, those who want something with strong 3D & 2D animation with editing capabilities should go for Blender.

Nevertheless, if you are looking for some free software with/without a GPL license with a Professional, you can try Davinci. Here is the link to see more such as the kind of free Videos editor software. 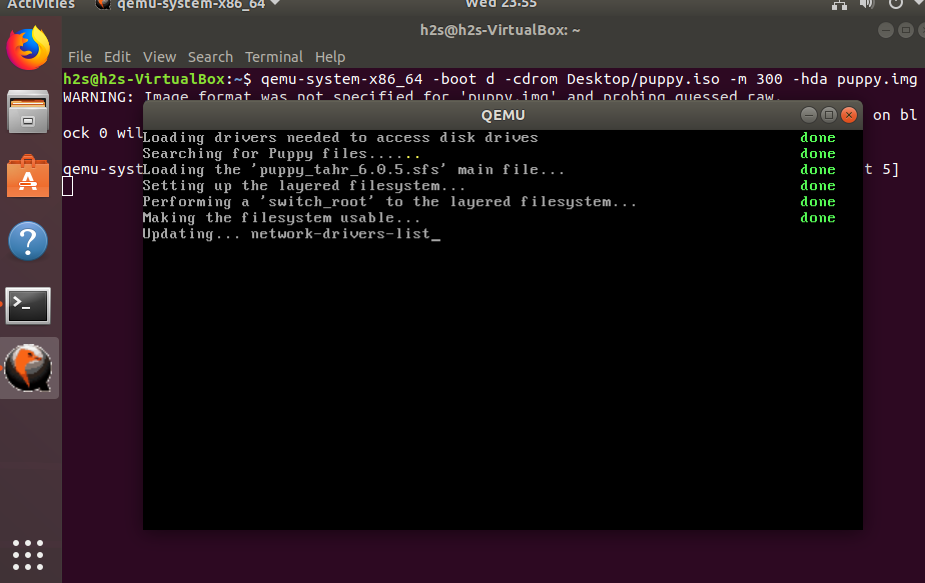 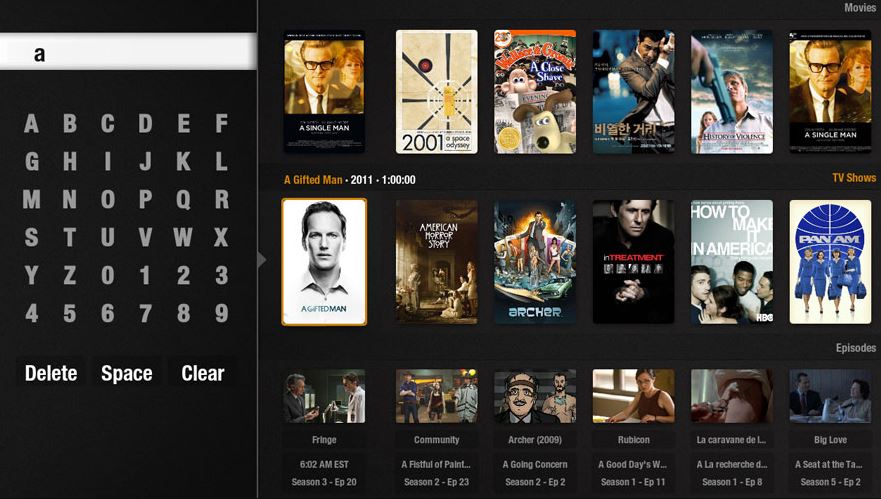 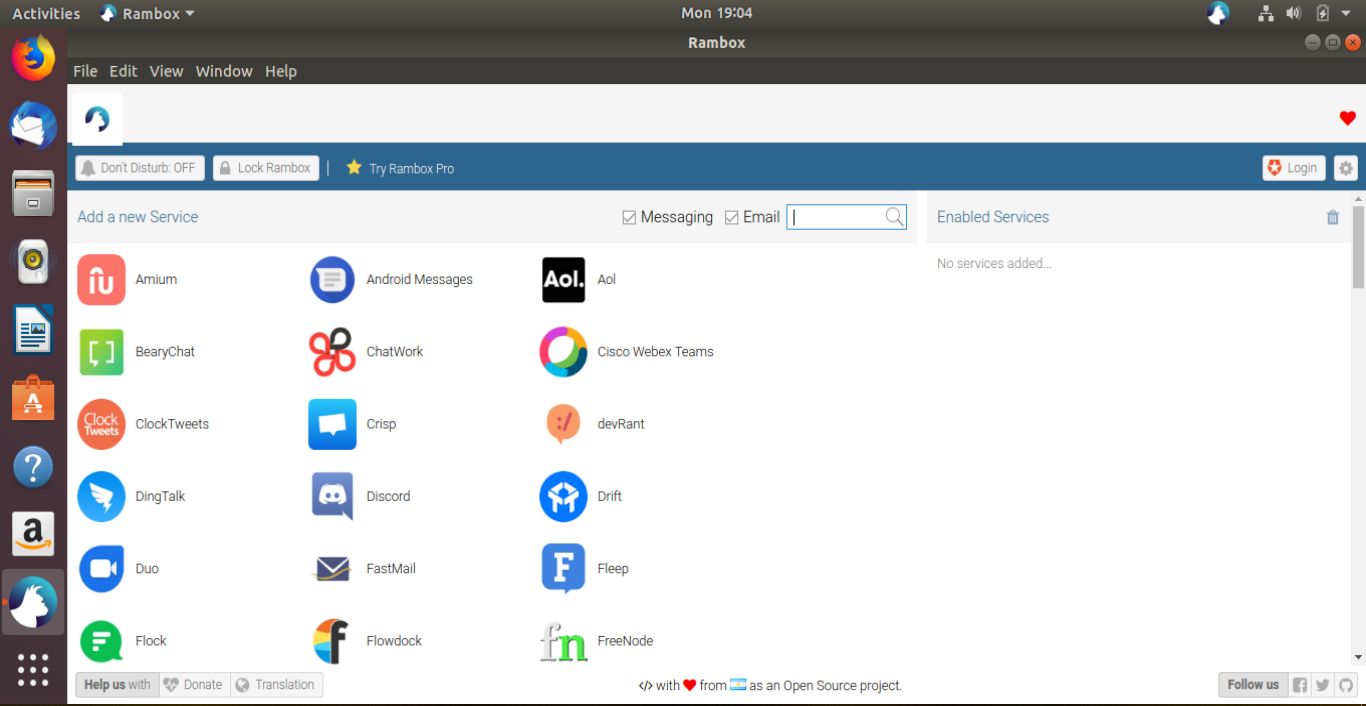 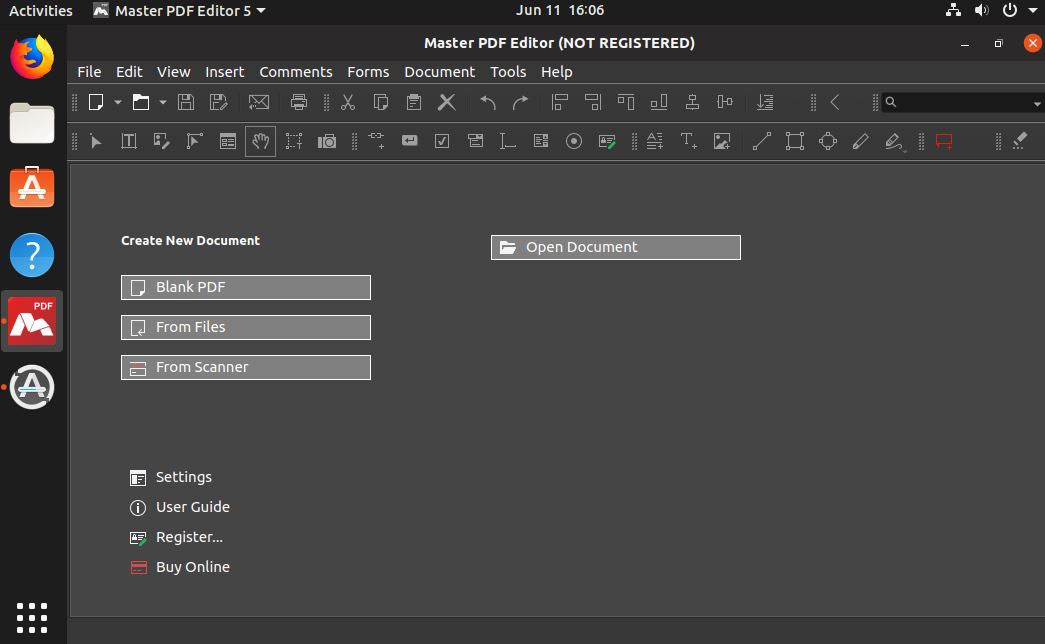