To save our system from the outside world, we need a dedicated software platform called “Firewall”. In this article, we will discuss some best-known open-source firewalls based on Linux to protect networks and computers from cyber security threats.

We need a well-configured Firewall, which is a key component of network security when we are about to expose our internal network to the outside world. Although our operating systems come with some kind of firewall software, however, they are not enough to protect each device of a network. Hence, we need a dedicated Firewall. The advantage of open-source firewalls is that it is completely free and there are no verifiable backdoors because the open-source firewall code is known and has a good reputation. It usually takes a little longer to install and configure this, but this technology is worth a closer look and is worthwhile.

One of the other benefits of using open source firewalls is they are not restricted to some particular hardware type. The user can install them on the existing hardware and connect them to the Internet. In this way, they work quickly and do not compromise the security of the network. On the contrary, especially for administrators who have less experience, open-source firewalls bring great advantages, because they are quicker and easier to set up. Of course, one cannot expect a free, open-source firewall variant to have the same functions and support services as a paid commercial firewall. However, this is not absolutely necessary as long as you have a stable internet connection.

However, if you want to be on the safe side and get good support with optimal solutions, you should definitely opt for a paid and commercial version. Before making the installation decision, it should be clear that with the free open source firewall, you have to solve the administration and problems yourself. There are always numerous help options available on the Internet or forums for this purpose. In addition to current firewalls, we also present a few other open-source firewall providers such as Smoothwall Express or IPCop below. Although these are no longer developed further, they are still used again and again, for example in test and development environments. In productive networks, however, these are rather out of place.

To operate an open-source firewall, you need a PC that has at least two network adapters. The data traffic is controlled via these adapters. A third network adapter is of course required for the DMZ variant. The CPU should not be too old and the main memory should have enough memory to accept and guarantee network or Internet requests.

pfSense is an open-source firewall distribution based on the Unix-like FreeBSD operating system and the pf packet filter. It is available as an open-source version in the Community Edition (CE) and as commercial software including support in the Plus Edition. The software can be used for various purposes as a firewall, VPN server, router, DHCP or DNS server, proxy server, and much more. Installation is possible on physical machines, embedded systems, and virtual machines. Various hardware platforms such as 64-bit Intel or AMD are supported. The software was developed from a fork of m0n0wall. 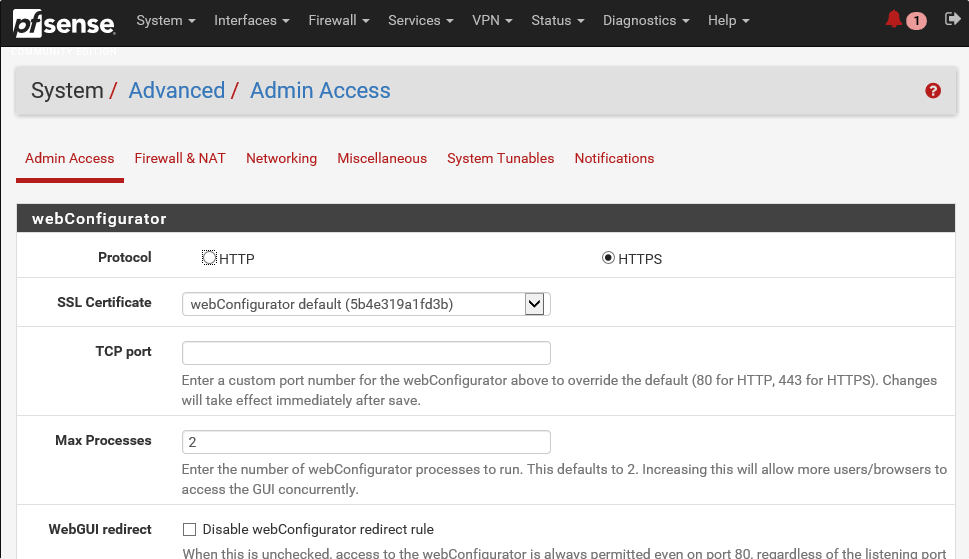 In addition, the software handles traffic shaping, network address translation, dynamic DNS, and VLAN support according to 802.1q. The firewall distribution can be used as a VPN server and supports IPsec, L2TP, or PPTP.

OPNsense is an open-source firewall distribution based on the FreeBSD Unix-like operating system. It is under the 2-clause BSD license and is freely available. The software evolved from a fork of pfSense.

It offers a wide range of functions, is easy to use, and can be used as a firewall and routing platform. Supported features include VPN, IDS and IPS, traffic shaping, two-factor authentication, and more. 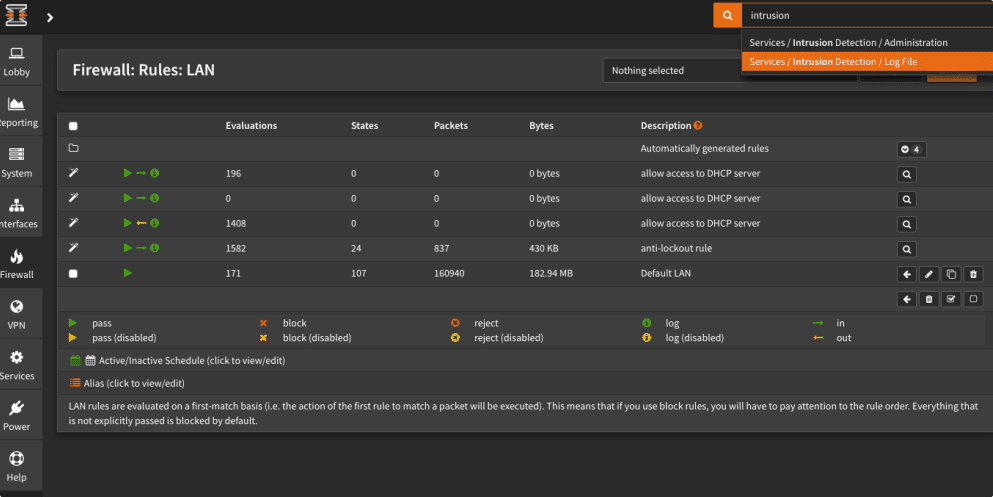 IPFire is another best open source Stateful Packet Inspection (SPI) firewall built on top of Netfilter. Apart from the firewall, it also works as a router within a network. Various settings are available to mitigate and block Denial-of-Service attacks by filtering them directly at the firewall and not allowing them to take down your servers.

It is Debian based Linux firewall with a professional web GUI interface and offers the ability to add extensions to increase its functionality such as Turning IPFire into a Wireless Access Point, Running a Tor node; Tools for Monitoring and System Health Management, and more… Like other mentioned firewalls, GUI also allows you to manage all functions and configurations directly from the web browser without having to enter SSH. 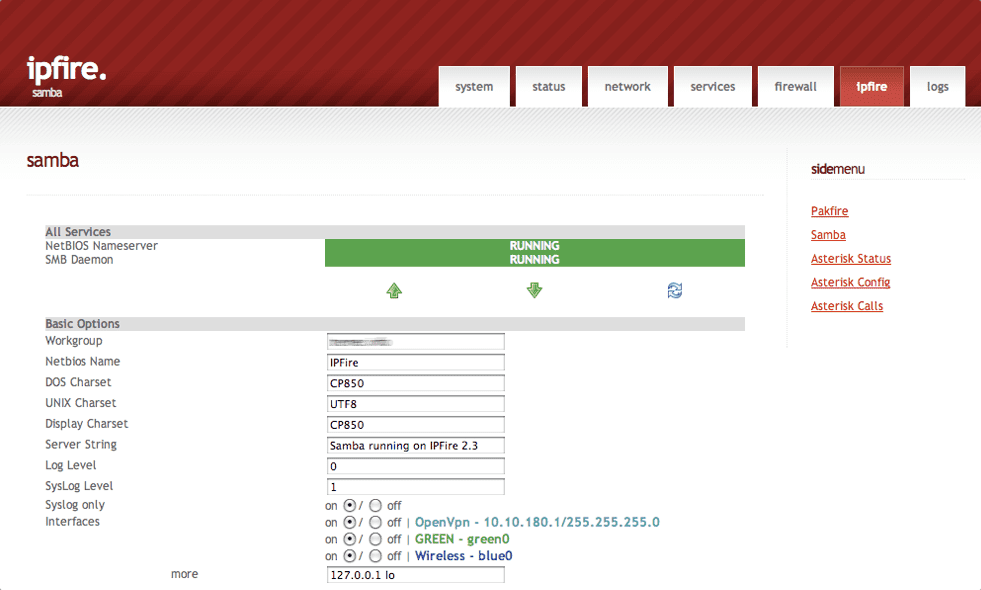 The basic system is relatively slim and initially only functions as a packet filter. Additional services such as a Squid proxy, URL filter, VPN based on IPSec/OpenVPN, or a DHCP server can be activated or administered via the web interface.

The Endian Firewall is available as a free community edition. However, it is also offered as a commercial product. However, there are significant differences between the two products. For example, for the freely available community version, you don’t get any commercial support from Endian. Likewise, there is no hardware issue, and the Community -Edition cannot be used as a hotspot. The company itself suggests the Community Edition if you have a small non-profit organization or want to use it at home (SOHO). 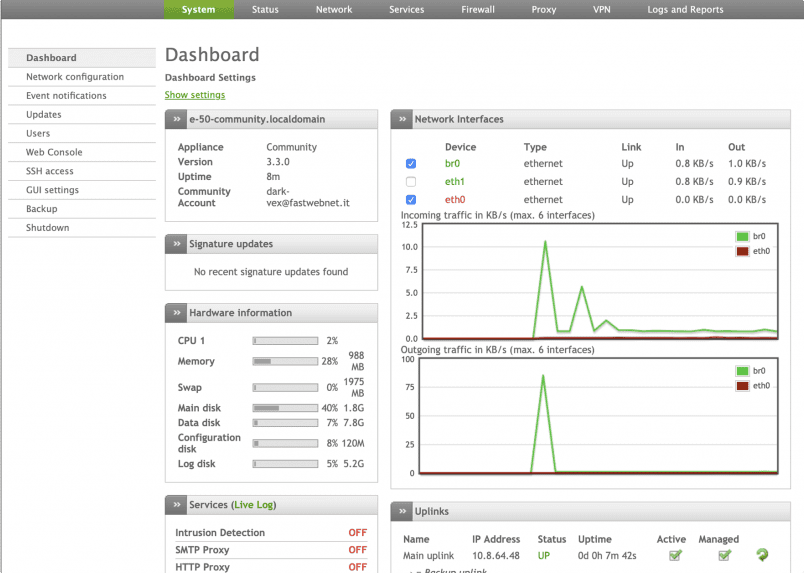