Pop OS which is based on Ubuntu’s latest version is one of the popular Linux distros for Pc and laptop systems. It is one of the good options to switch from Windows to Linux, however, the one thing which will be a problem is the unavailability of Windows applications for Linux. And here comes a Windows binary runner open-source application called WineHQ.

Although the Wine has its own limitation because it cannot run all modern or old Windows applications, yet, enough to use lightweight Win software on Linux.

The steps given here are not only applicable to the latest Pop OS that is based on Ubuntu 20.10 but also work on Ubuntu 20.04/18.04 LTS including Linux Mint, Elementary, and other similar Linux distros.

Click on the Activities option from the Gnome panel of the Pop OS and select the terminal icon given on the Dash’s dock.  The key reason for using the command line is, on Linux, it is really easy to install most of the program using the package manager then going through the different websites or software in the APP center.

To ensure that all the packages installed on our Pop OS are up to date and to force the APT package manager to rebuild the repo cache, run the system update command…

To install Wine on Pop OS or Ubuntu’s latest versions we don’t need to add any kind of repository, all packages are available in the official repository. Thus, run:

Once the installation is completed, let’s open the Wine configuration window to see what we can perform there…

In the command terminal run:

Now, you can select which version of Windows you want to set for Wine, by default it will be Windows 7. I recommend leaving that as it is because there are many applications that are best compatible with Windows 7.

If you have just attached some internet drive, USB, or external hard disk then to integrate that in Wine, select the Drives Tab and click on the Auto Detect button. 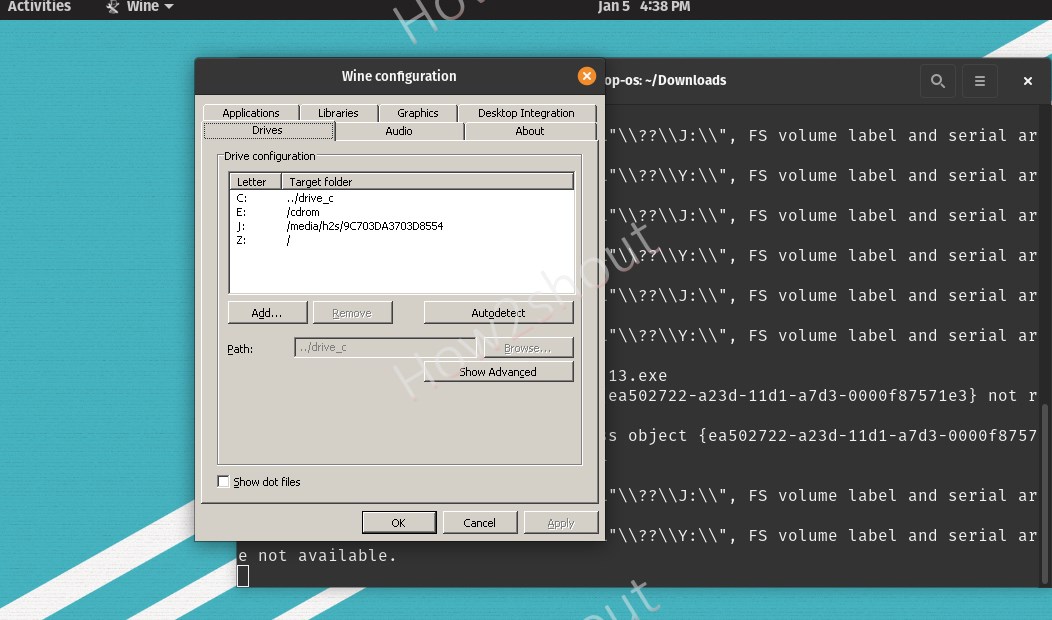 Now, if you want to install some app using Wine just say Adobe reader, then first download it or if you already have its setup then simply type wine command with the path where that application has been saved.

For example, if my adobe reader is in the Downloads folder then the command will be: