Learn the commands to install Unrar tool on AlmaLinux 8 and Rocky Linux 8 to uncompress or compress RAR archive format files using the terminal.

Contents hide
Steps to install and use Unrar on AlmaLinux | Rocky Linux 8
1. Requirements
2. Add RPM Fusion repository
3. Run DNF update
4. Command to install unrar on AlmaLinux | Rocky Linux 8
5. To check the version
6. Uninstall or remove
6. Get the latest Unrar version on Almalinux
6. How to use Unrar to extract RAR files
7. To extract as directory structure
8. List archive contents
9. Unrar or uncompress some password protected RAR file
10. To create a RAR file on Almalinux or Rocky Linux

Steps to install and use Unrar on AlmaLinux | Rocky Linux 8

The two methods given here have their own benefits. If you use the RPM Fusion method, then you can get the future stable updates for Unrar by just running the system update command. Whereas in the other method no doubt we get the latest version by manually downloading the binary but the downside is you won’t get updates automatically; this implies, with every version update the user has to download and install by self as we have shown in this article.

Well, as I said Unrar package is not available to download through the default system repository, hence to get it we can add the RPM Fusion non-free repository on our RPM-based Linux. Here is the command to add version 8 of the repository. 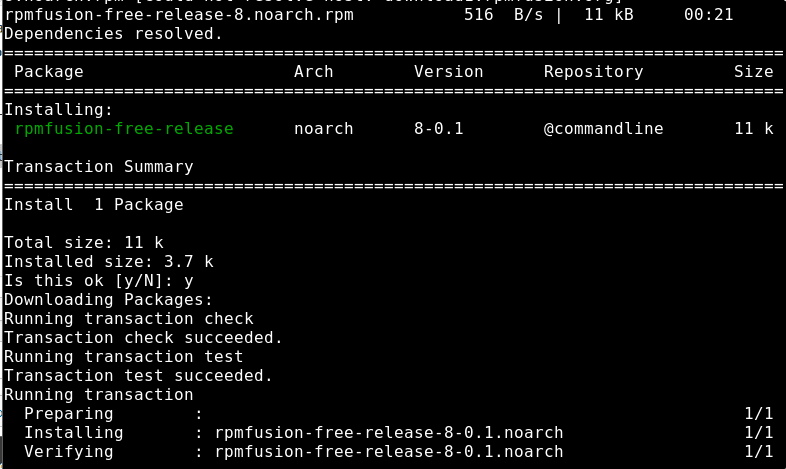 To properly integrate the RPM Fusion repository into our AlmaLinux or Rocky 8, run the system update command:

That’s it, we already have set the things we require for the installation of Unrar on either Almalinux or Rocky Linux 8. Use your DNF package manager along with the “install” argument to get this software on your system.

5. To check the version

To confirm which version is currently installed on your system, we can use the given command: 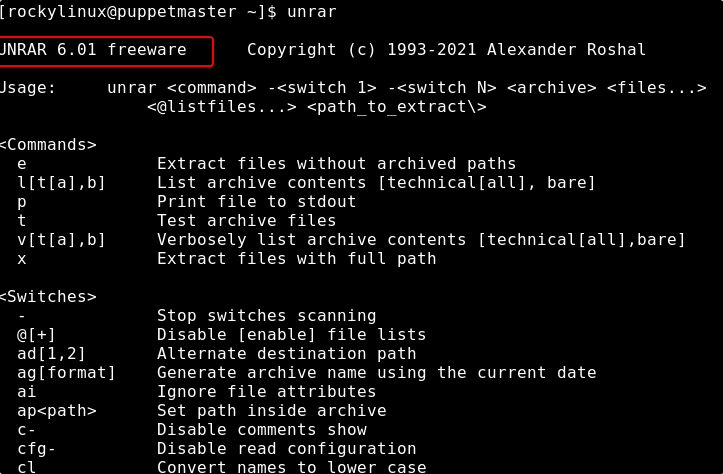 If you don’t require the RAR package got from the Fusion repo, then we can easily delete the same, using:

Note: If you have already used the repository method to install the rar/unrar, then first remove the same.

6. Get the latest Unrar version on Almalinux

In the previous step, you got the Unrar from the Fusion repository but that will not be the latest one. For that, you can use directly download the binary of Unrar available on its official website of it. Open your browser and point it to the aforementioned website link.

As whatever we download from the browser goes directly into the Downloads folder by default, hence first switch to that. 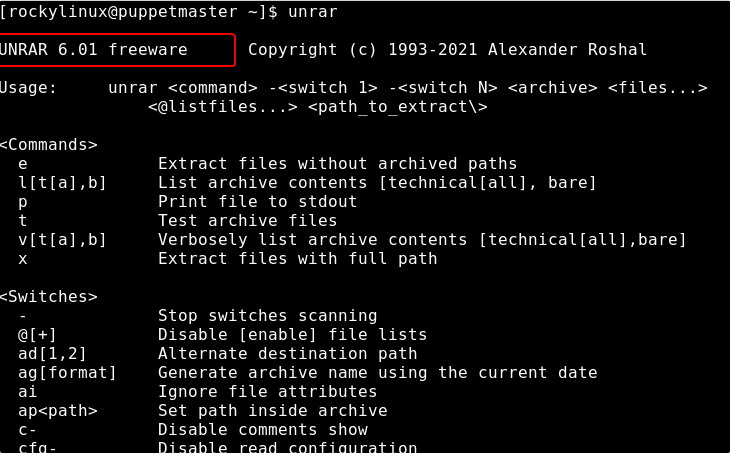 To remove the same in the future, just delete the copied rar and unrar binaries

6. How to use Unrar to extract RAR files

Once the installation is done we can either use this archiving tool to compress files in RAR or decompress the already existing files.

To decompress or extract RAR files:

Replace the filename.rar with the file name you want to extract.

To extract the file into some folder or directory, use the following

7. To extract as directory structure

Use this command if you want to extract the file as its directory structure.

If you have a RAR file and want to extract

Well, there are many times when we get a password-protected RAR file from the web or over email. Use -p option.

10. To create a RAR file on Almalinux or Rocky Linux

If you want to compress folder files in a rar format. Then you can do that as well using the command terminal.

your-file.rar– Replace with the file name that you want to give to your RAR file.

For example – We have a folder called demo and now I want to compress and create a rar format file of  it, the command will be like this: