Kate is the default editor of KDE. The program’s name is an acronym and stands for KDE Advanced Text Editor. Kate is not only a simple text editor but is also suitable for programming. Syntax highlighting, code folding, configurable line indentation, and simple auto-completion are supported for numerous programming languages ​​such as Python, PHP, Java, Perl, C or C++, and for markup languages ​​such as HTML or CSS. In cooperation with Archive/Jovie, Kate can also output texts acoustically. Additional features can be integrated into Kate via extensions, such as a file system browser and source code translation.

As an alternative to Kate, there is the slimmed-down version KWrite, which is particularly suitable for older systems and beginners. KWrite is based on Kate’s text editor component (KatePart), but cannot handle multiple files at the same time ( Tabbed Document Interface ), and does not support extensions either.

If the support for programming is not sufficient, you have to switch to development environments such as KDevelop, which also uses KatePart as an editor component.

Before using an APT package manager to install KATE, let’s run the system update command to ensure all the existing packages of the system are up to date.

Well, this is an open-source text editor, hence available via the default system repository. Hence, we can easily use the APT package manager for the installation of KATE.

Well, after following the above command, KATE will be on your system. Now, we can start using it. To run the app, go to the Application launcher and search for the same. 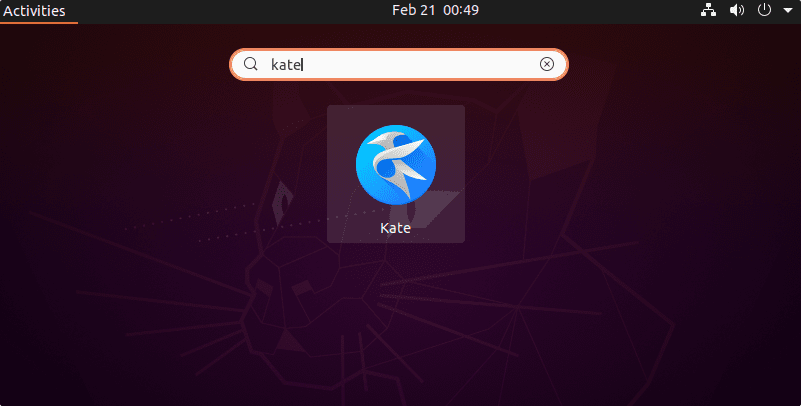 4. To update in future

We have used the APT package manager to install the KATE, hence to get the future update for the application, just run the system update command:

If you don’t want the app on your system anymore, then use the “remove” option with APT to delete the KATE text editor. Here is the command:

6. Use SNAP to install KATE

Well, those who do not want to use the APT package manager or want to have two KATE Text editor instances on the same system can go for the SNAP method.

Snapd comes by default installed on Ubuntu operating systems, hence just like APT run a single given command to have this KDE Text editor on your system.

To update in the future:

For removing the app:

Although the above-given two methods are enough to have this Text editor on your system, however, if you are still looking for some alternative way then Flatpak is here. 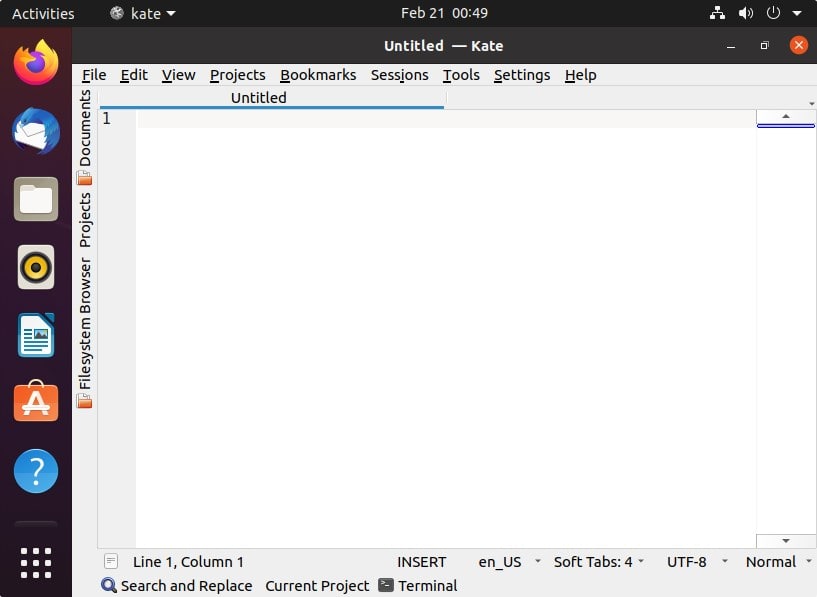 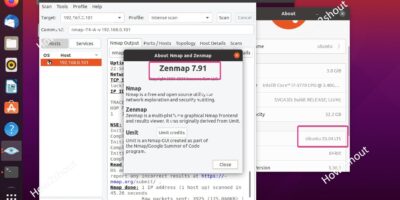 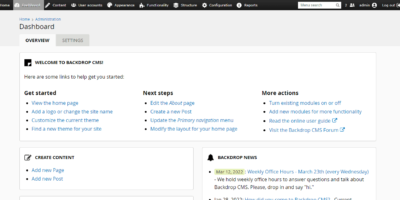 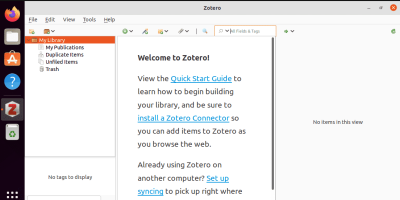 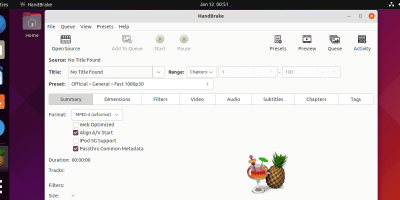