Get the steps and commands to install IntelliJ IDEA on Ubuntu 20.04 LTS Focal fossa and 22.04 Jammy JellyFish using the terminal to start coding and developing applications.

The IntelliJ development environment is a popular IDE among Java developers. The commercial version costs around 49.90 dollars per month – whereas the community edition with some limited features is completely free.

Compared to the free alternative Eclipse, IntelliJ convinces it with a nice, modern interface. Anyone who has ever worked with an IDE will quickly find their way around here.

Here we are installing the community edition of IntelliJ IDEA on Ubuntu, however, the given steps will be the same for other Debian-based Linux systems such as Linux Mint, POP OS, Elementary OS, and more…

To perform the steps given in this tutorial, the user at least has the following given things:

IntelliJ IDEA is not available to install through the default system repository of Linux, therefore we have to download its installation script manually from its official website. Visit the aforementioned link and save the file.

Once you have the file on your system, open the command terminal, for that you can use Ctlr+Alt+T. After that switch to the Downloads directory because whatever we download from the browser goes into that by default.

Move the extracted folder to opt directory so that we won’t delete it accidentally.

Well, IntelliJ IDEA doesn’t need to have installed like other regular applications, we just need to run the script file called “idea.sh” available inside the extracted folder to run it. 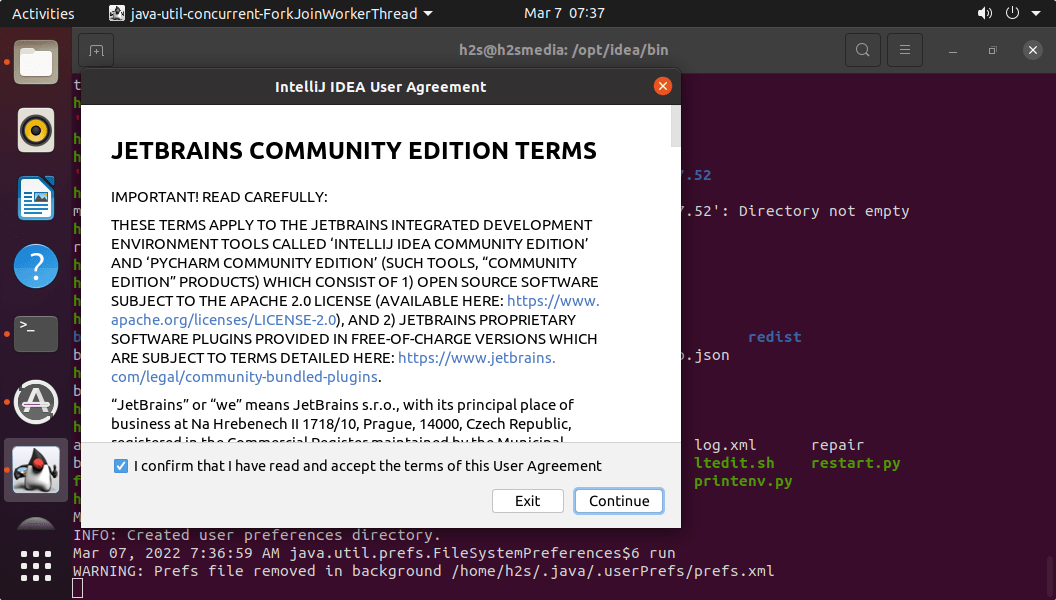 To remove the hassle of switching and starting IntelliJ IDEA from its folder, let’s create a Desktop shortcut and command terminal entry for it.

Run IntelliJ IDEA using its launcher script mentioned in the previous step. After that click on New Project with the programming language you want. 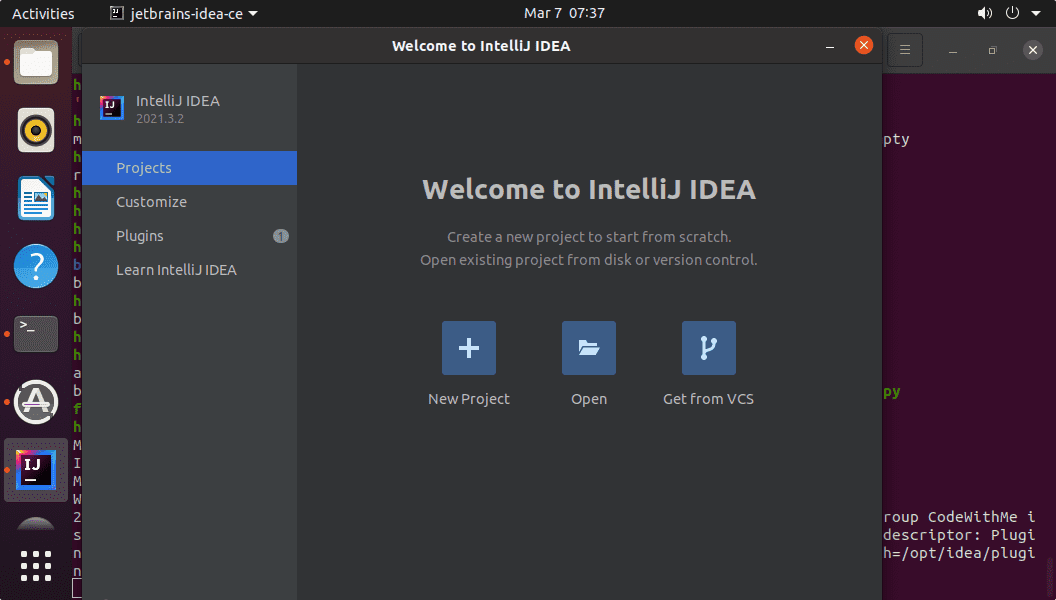 Once the Project is created go to Tools and select the “Create Desktop Entry” option for creating a Desktop shortcut or Launcher entry for IntelliJ IDEA, and if you want to start the IDE from any on your Command terminal then select “Create Command-line Launcher”. 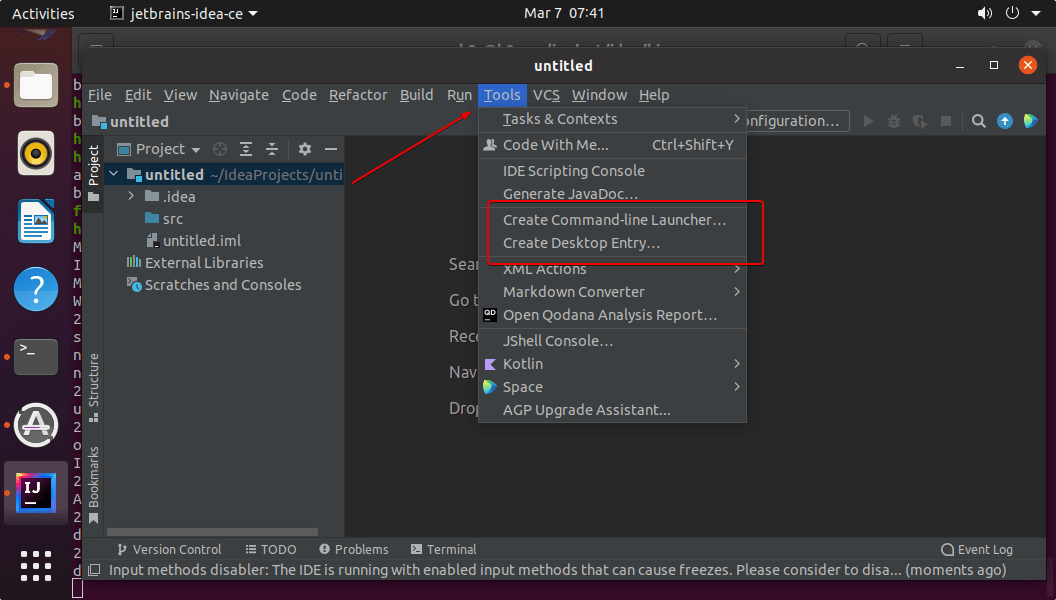 6. How to update or upgrade IntelliJ IDEA

We can update the IDE without again downloading its file. For that just run this coding application and select the “help” menu option. There go for “Check updates“, this will automatically inform and ask for your permission to install any latest available version. 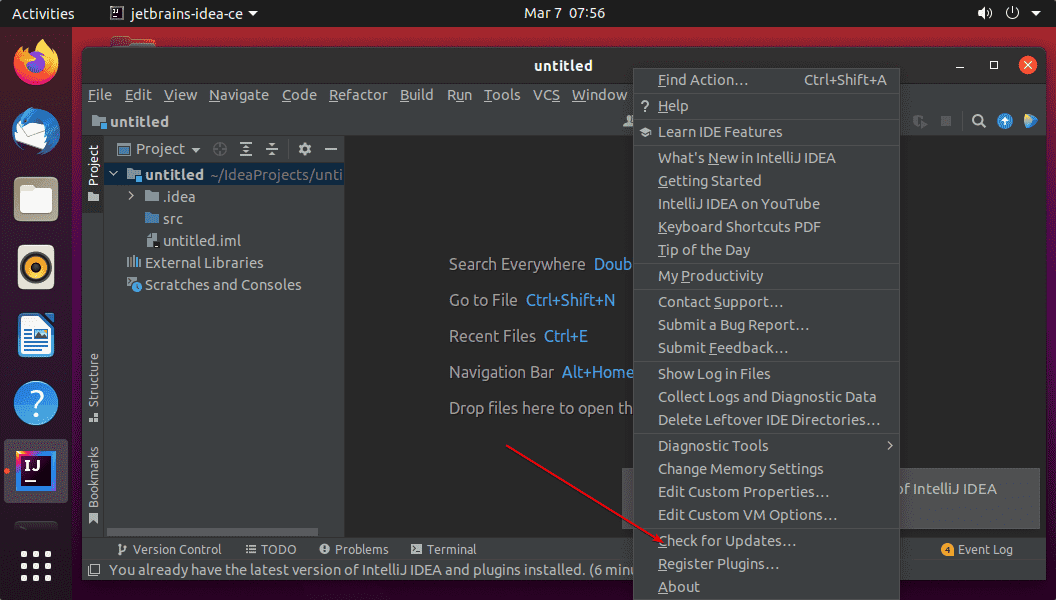 In the future, if you don’t require IntelliJ IDEA anymore on your Ubuntu system then we can remove it by just deleting its folder and other entries.

8. Use Snap to install IntelliJ

Those who are not interested in installing the IDE using the above-given method can go for easy-to-use SNAP to install packages. Here is the command: 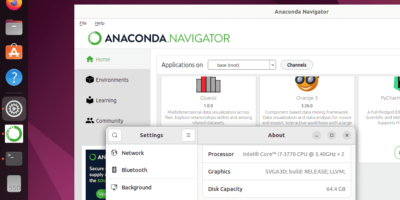 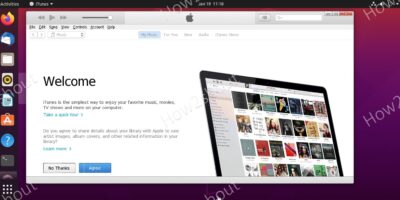 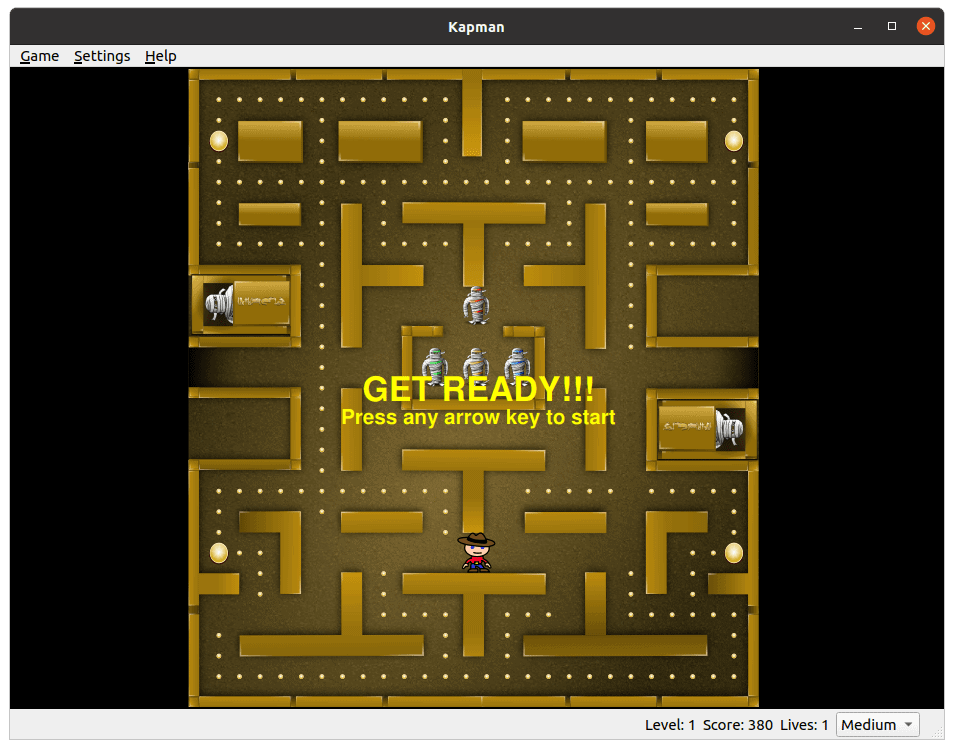