Pip stands for Pip Installs Python and is a tool for Python programming language to install various modules. It is an explicit replacement and indirect successor for the older one easy_install from the Python setup tools.

In a direct comparison, the syntax of pip is based on that of other package administrators, such as APT. Furthermore, even with pip, dependencies on other modules are resolved directly, ie additionally required modules are installed directly. Using it we can install packages from Python Package Index (PyPI) and other repositories.

There is also the option of loading modules directly from the version control systems such as Git, Mercurial, or Subversion and then installing them.

Here we will learn the steps to install pip for both Python 2 (pip) and Python 3 (pip3) on Debian 11 Bullseye or 10 using command terminal.

Refresh the system repository to let it know the latest version of the packages available in the base repo.

Although you would already have python3 on your, if not then first install the same.

And to get the Pip 3 for the installed Python3 run:

Those who want to use the Pip 2 on their system can go for the below-given commands:

Pip2 cannot be installed directly using the APT package manager because it is not available anymore in the base repo. Hence, we have to download and install it manually using its Python package.

To confirm what are versions now available on your system, simply run the check the versions of the installed pythons.

You can check out all the packages available to install via PIP from its official webpage. However, to use it we can go for the following syntax: 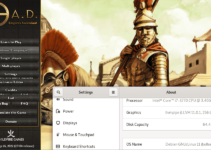